Despite being the sort of person that gets a little bit excited about seeing celebrities, I’m usually far too slow to get my camera out of my pocket and snap a picture. Chiswick, where I work, is a virtual mecca for celebrities – recent sightings include Ant and Dec, Kirsty Gallagher, Richard Herring, Clare Balding, Louis Theroux, Adrian Chiles and that mad one who licked milk out of George Galloway’s hands in Celebrity Big Brother. But none of these were caught on camera – not by me anyway. So I thought I’d showcase a few of the celebrities that I HAVE managed to snap a picture of – not in a stalkery way I hasten to add, mostly just random happenstance! Here’s 10 of the best (!?) 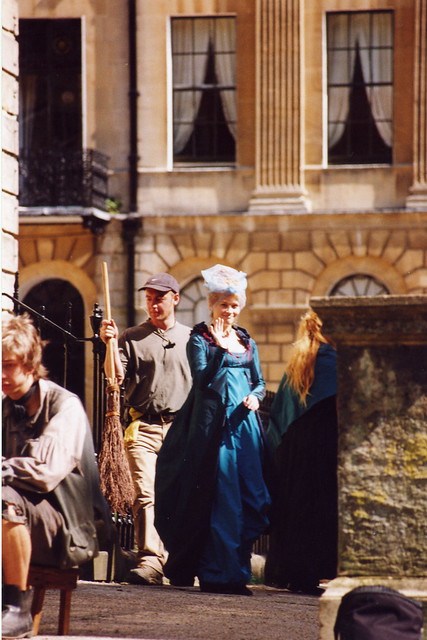 Probably the oldest and definitely the most high-profile of these photos – Reece Witherspoon, shooting Vanity Fair in Bath. This picture was actually used in several magazines, and better still, I was paid to take it! One of the many benefits of working for a movie-magazine publisher, as I used to. 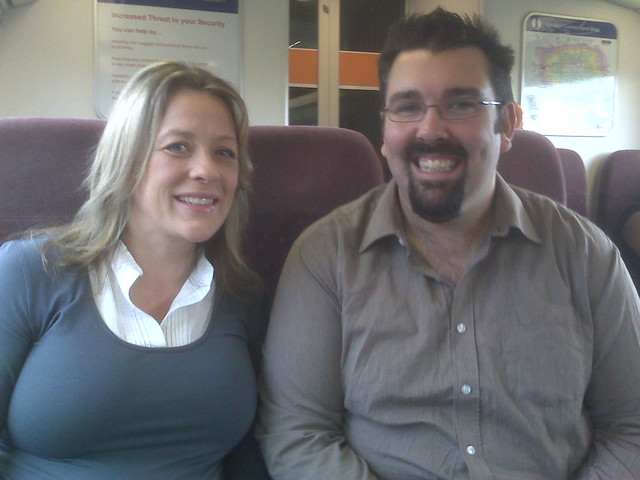 This one is a sad-but-funny favourite – partly because it actually proves I was there! Sarah Beeny was on the same train as we were, on the way to a client meeting. I was happy to just remain quietly excited by this, but my colleagues Robin and Jeremy forced me to go up and say hello, threatening that if I didn’t they would stand up and shout “My friend is really excited that he’s seen you!” at her. So I introduced myself (to a very pregnant Beeny) and had a chat about baby stuff, since my wife Sara was pregnant at the time. I even made my ‘Beeny Babies’ gag. Win! 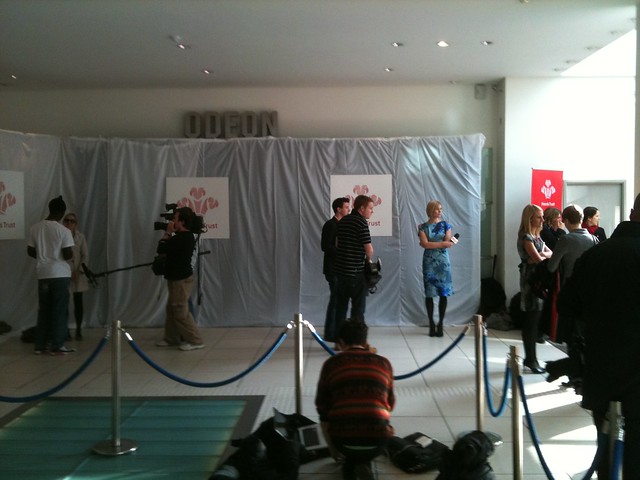 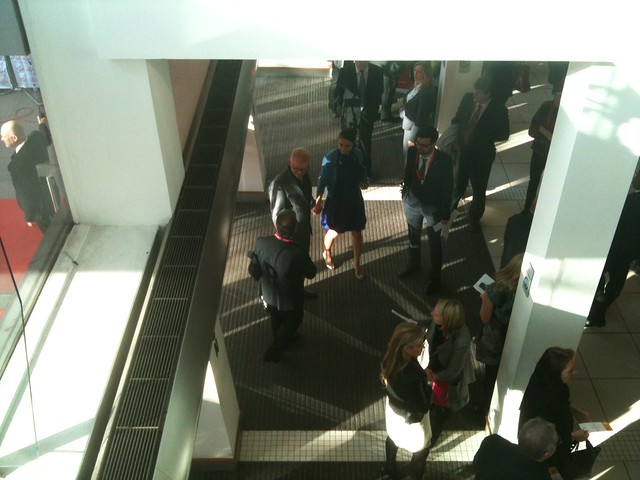 Taken at the same event, this is Chris Evans and his beautiful wife Natasha, entering the Odeon. Probably the most tenuous of all these photos, but also one of my favourite alternative-angles, ha ha. 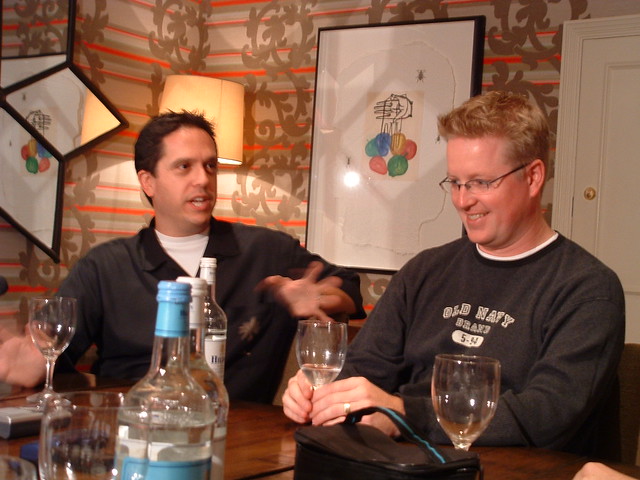 Andrew Stanton and Lee Unkrich were the brains behind Finding Nemo – and many other Pixar classics. I had the pleasure of sort-of meeting them during an interview (or group interview) I was invited too in my old job. Despite louder and ruder journalists meaning I didn’t actually get to ask much, both signed a magazine for me at the end and were very polite and friendly. 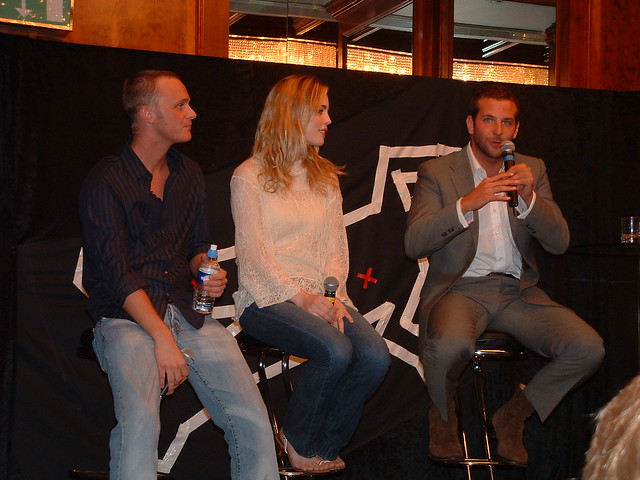 Three-for-the-price-of-one – Alias stars David Anders, Melissa George and Bradley Cooper, seen here at a very nerdy Alias convention in London. I’m not a big convention fan, but Melissa invited me down to spend the day since it was in London and she wasn’t in town for long. Anders and Cooper were both lovely, and Melissa forced me to eat most of her lunch and as well as my own, not realising that Sara and I had snuck-out for a Big Mac half an hour earlier. D’oh! 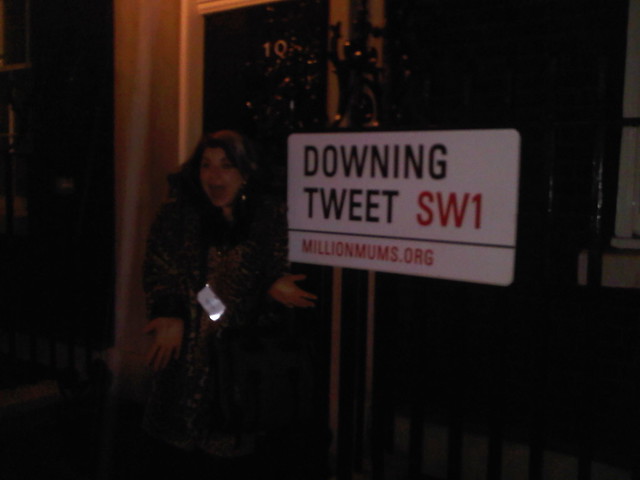 This is a blurry one, but I think that encapsulates her character quite well – journalist and Twitter-funny-lady Caitlin Moran, standing outside 10 Downing Street after the ‘Downing Tweet’ Christmas party I went to. 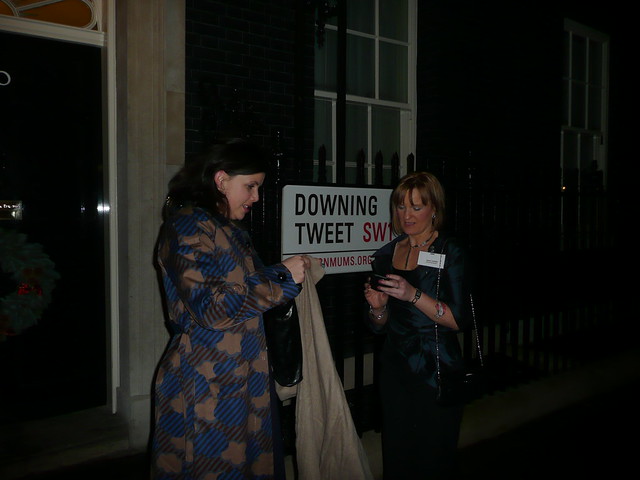 Another Downing Street photo – this time of TV’s Kirstie Allsopp, who was also at the event and who I was also too chicken to talk to. She seemed very nice though! 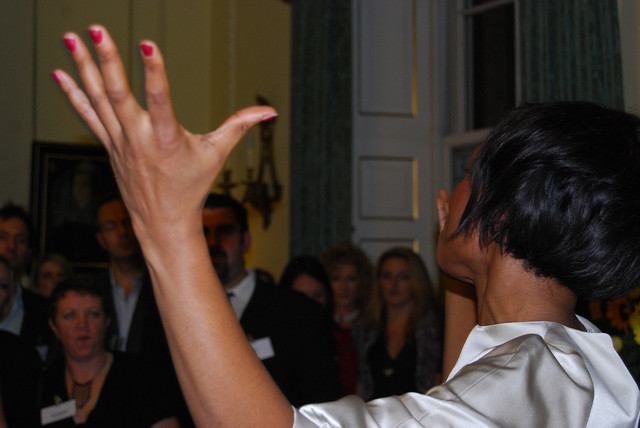 The last Downing Street one – singer Beverley Knight. There were actually loads of celebrities at this party, but Downing Street security take everyone’s camera before they go in, so the only snaps I managed to get were either outside afterwards, or – like this one – from the official selection that they took. Unlike most of these pictures though, I did actually chat to Beverley – just before she burst in to song. It was rather surreal, but she was lovely – she even gave me a hug and called me ‘big man’ at the end. Random! 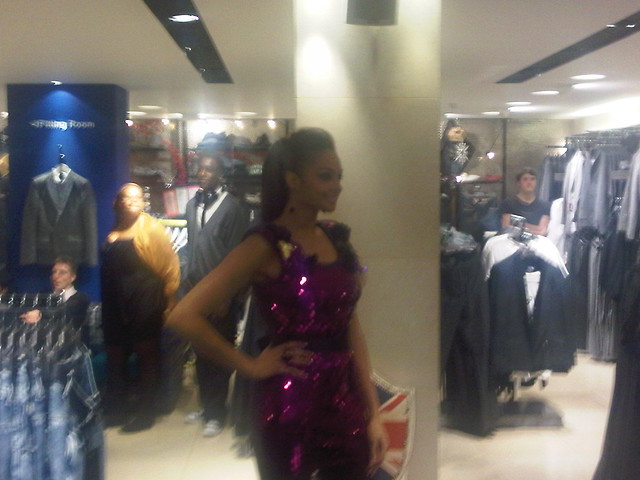 Another celebrity that I managed to ‘snap’ at a Prince’s Trust event – Alesha Dixon, in the basement of the River Island shop in central London. She wasn’t posing for me, sadly, but for their proper photographers, ha ha. 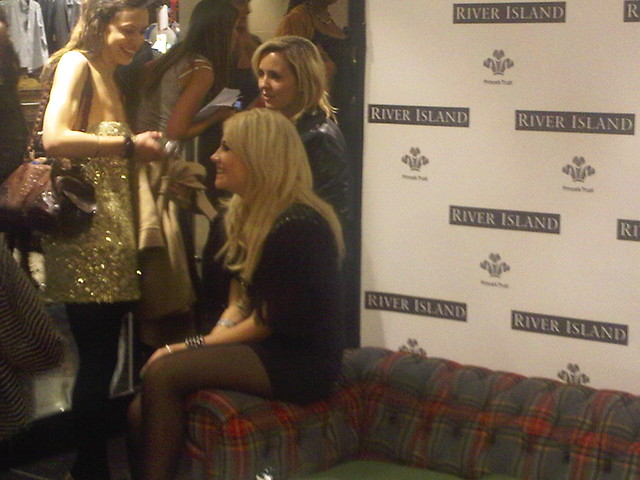 Pixie Lott, at the very same event, perched on a sofa. She stayed for about ten minutes, presumably before dashing off to another exciting party. I also dashed off soon after, to catch the last train home. Oh, the glamour! :D 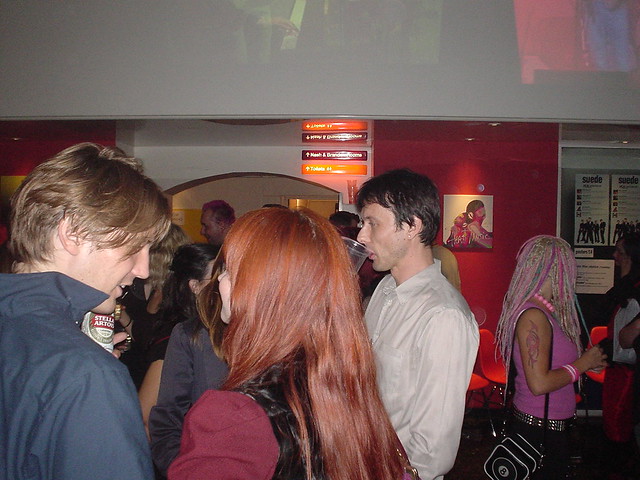 Brett Anderson of ‘Suede’ fame. I guess this one doesn’t really count as ‘random’, since we were at the after-show party of their ICA gigs back in 2003. Shortly after this photo was taken, Brett stood on my foot. FACT!

So there we have it – yes, I really am a saddo, but what can you do?