Since I wasn’t able to upload these photos on a daily basis during our holiday, I’m taking a break from the norm and lumping them together in to one big post. I might come back in and add some descriptions for each one tomorrow, but at the moment I’m quite tired and it’s school in the morning! :) So just enjoy the photos… 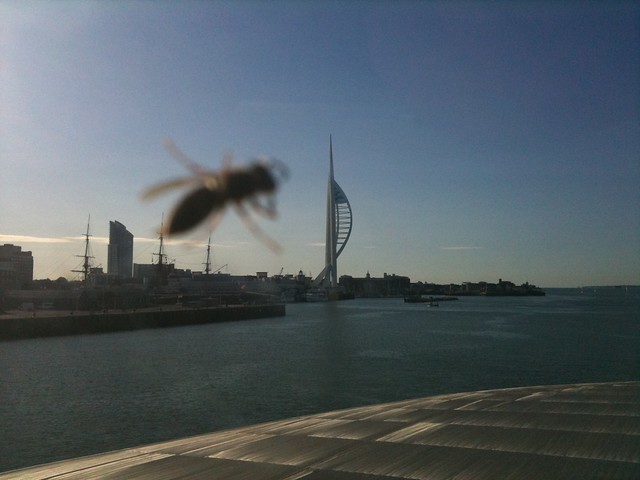 August 28th – The day we set out from England. Today’s shot shows a giant wasp attacking the Spinaker Tower in Portsmouth. Or that’s what it looked like anyway, when this fly landed on the window of the ferry as I was taking the photo! 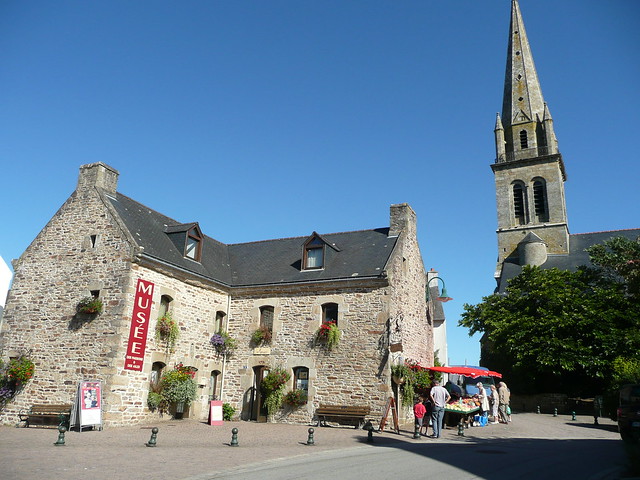 August 29th – Our first whole day in France, we decided to put Sara’s ‘Where the best markets are and when’ research to the test by heading in to Baden. Either we got there too late (at about 10am!) or the market was actually rubbish. Either way, we headed to the nearby ‘Larmor Baden’ afterwards (also on the list) and they had a BRILLIANT market. 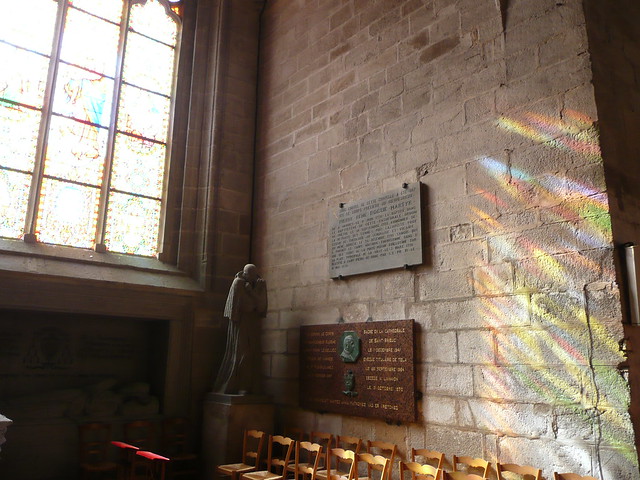 August 30th – Today’s shot was taken in the walled city of Vannes, where we spent most of the day. More specifically, inside the Cathédrale Saint-Pierre de Vannes – a beautiful cathedral with some very nice stained glass windows. 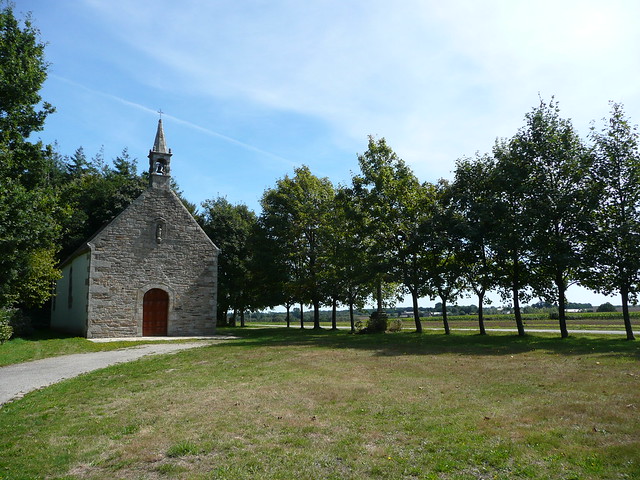 August 31st – Today’s shot was taken in a little village quite near to our gite, where I was driving in order to attempt to get Robert to sleep. It seemed like a lovely little church, hidden from the road by some trees, with nothing around it for miles. 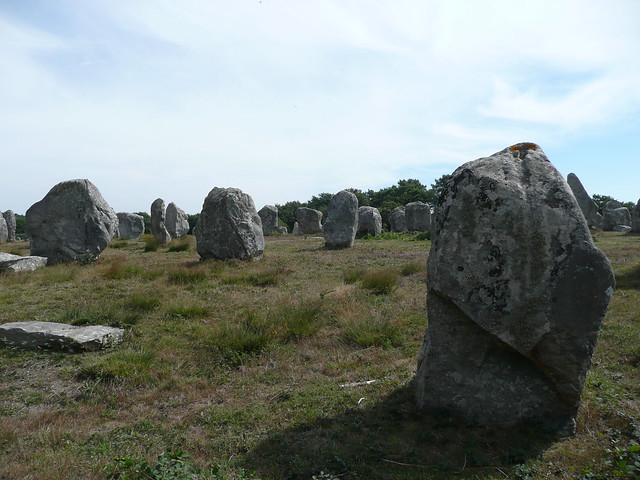 September 1st – The standing stones at Carnac are a sight to be seen. Over a thousand ‘alignments’ placed several thousand years ago (around the time of Stone Henge, I believe) and all facing the sea. Pretty spectacular really! 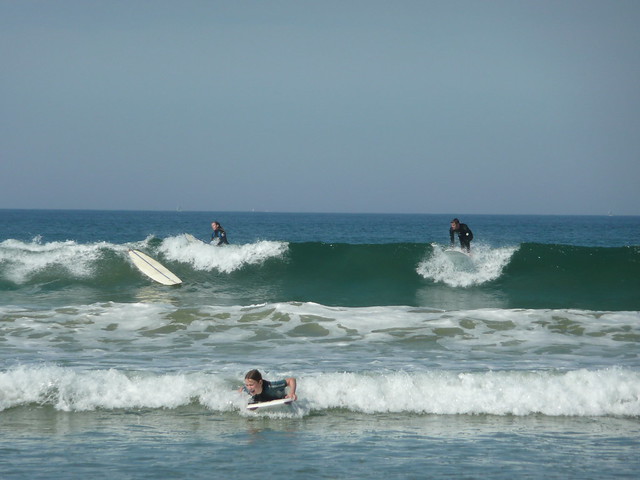 September 2nd – After a failed attempt the day before (the beach at Carnac was like a wind tunnel), we finally managed a proper beach day today, heading to Quiberon on the peninsula. It was a lovely beach, with some very good surf from the look of these guys. 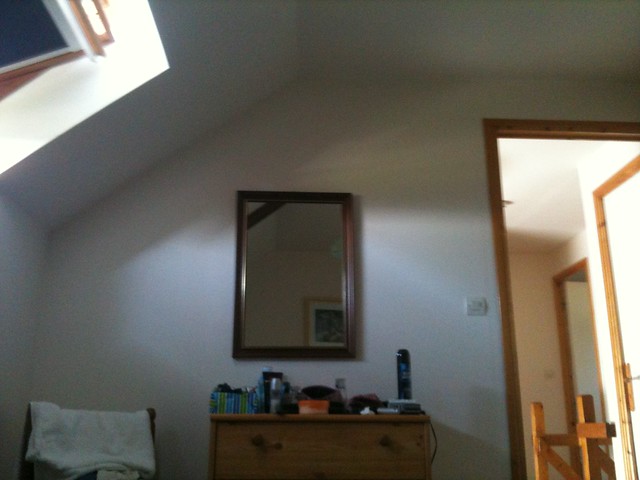 September 3rd – Despite it being my gorgeous wife’s birthday today, this is about the only sight I saw for most of the day, as I was struck down by either a stomach bug or food poisoning – we still haven’t really figured out which. The day started badly for both me (projectile vomiting across the room) and my wife (cleaning it all up) at 3am… It didn’t get much better after that! 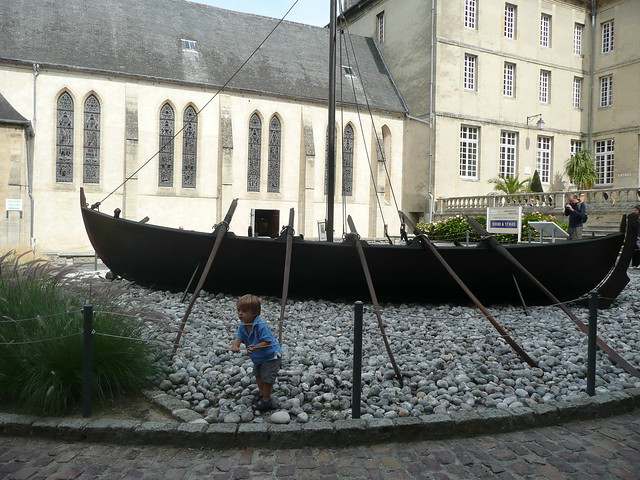 September 4th – Our final day in France, and we decided to stop at the Bayeux Tapestry on the way back to the ferry. Today’s photo shows my son Robert posing next to the boat in the courtyard of the museum – or more accurately sneaking behind the rope surrounding said boat after we’d taken a nicer photo…! 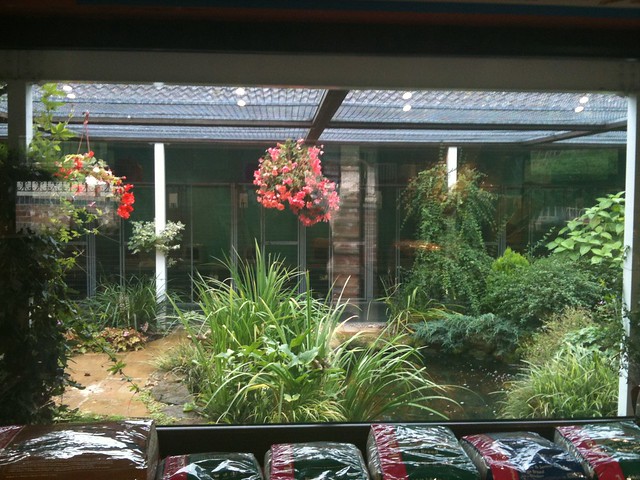 September 5th – Holiday well and truly over, I headed to the cattery to pick up Holly and Daisy today, while Sara did the shopping. This is about the only interesting thing I saw all day, since the rest of it was spent doing EIGHT loads of washing! Oh well…