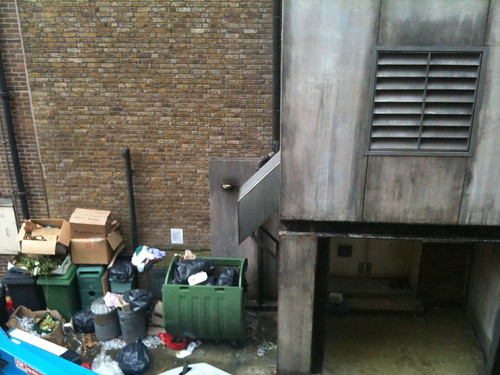 Thankfully, despite kicking myself for not taking a photo of this while they were building it yesterday, the next day the ‘Johnny English Reborn’ film set was still in tact in the alleyway behind our offices. Before we left the day before, the people who run our building asked all tenants to turn off their lights so that the film makers could shoot during the night time, which presumably they did – all this was gone in a matter of hours after I took this photo.

My money is on somebody sliding out of that shoot into the rubbish bins below, but you never know – I guess I’ll have to go see the movie now to find out!