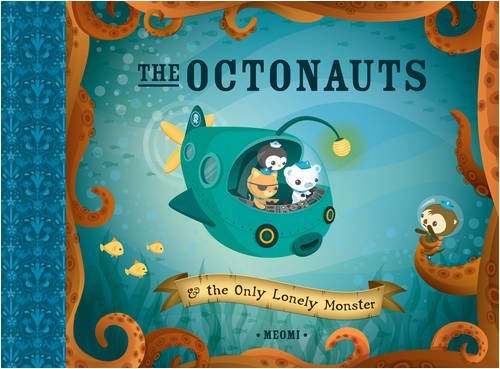 As a father, one of the most regular ‘slots’ where I get to spend quality time with my son (especially during the week) is at bedtime – subsequently, I’ve probably read about 90% of the bedtime stories in his short life so far. Therefore, I’d consider myself reasonably well qualified to recommend a few good bedtime stories to other parents.

Robert has a bowing-shelf full of books, but there are definitely a few which both he and I will go to most often. Obviously I can only rate the books we have, so this list is by no means exhaustive (please let me know of *your* favourites in the comments!) but hopefully it might give new parents a few good suggestions to start their collections with…

The Snail and the Whale

If I weren’t worried about it making a very dull list, my top 10 would probably be made up mainly of books by Julia Donaldson and Axel Scheffler, like this. But as it is, I’ll limit myself to a couple.
The Snail and the Whale is by far my favourite – it’s probably in my Top 10 of all books to be honest, as I love it so much! There’s a lot we could ALL learn in this pile of paper and ink…

First published two years after I was born, Peepo! stands up to the test of time incredibly well. Despite the fact that the story is set during the Second World War, the simple concept and engaging central character make it a fun read every time.
Like another book on this list, the book also utilises ‘cut out’ holes in every other page to make it even more fun to read with your child. Robert chose to have this every night for about 6 months at one point…

We inherited our copy of this from a friend-of-a-friend, so it’s definitely seen better days. But, along with it’s predecessor ‘Duck in a Truck’, this is one of Robert’s firm favourites. It’s also very handy if your child is pretty tired (or worse, over-tired) after a long day – it doesn’t take long to read. Once you’ve read your children’s books often enough, you’ll probably have an intimate knowledge of which ones to read in what situations!

As I mentioned in my Octonauts-loving blog post from last week, these Octonauts books are about the only ‘merchandise’ you can get for the show at the moment, but they’re definitely worth a read for fans of the Cbeebies show. Beautifully illustrated and very ‘moral’ stories – without being patronising! We’ve only had them for a month or so now, but they’re already one of Robert’s favourite choices – and a great opportunity for a silly voice or two…

One Ted Falls out of Bed

Another classic from Julia Donaldson – though this time illustrated by Anna Currey. We got our copy as part of the soon-to-be-defunct BookStart scheme, but it soon became a firm favourite. As well as being a good way to encourage counting, it’s also incredibly easy to learn – I’d wager that both Robert and I could recite the entire book off-by-heart. “He tugs and pulls the bedclothes, but two eyes are tight shut…”

In case you can’t tell from the title, this is a book designed to help your child with potty training. Along with it’s girl-equivalent – Princess Polly’s Potty – it explains the process of potty training in a REALLY fun way. It’s one of the few books with a ‘sound box’ stuck on the front which I don’t actually mind – though the sounds that come out aren’t really adding anything to the process, aside from giving the child something to do. It worked a treat for us!

The best thing about this (and it’s follow up, ‘Whatever Next?’) is that I remember owning it myself when I was a child – so it’s got sentimental value as well as being a great read. If you’ve not read this, I’d highly recommend it – a really simple story (a father can’t get to sleep one night) told in an engaging way, with flawless illustrations. It also contains some great repetitive elements – one of the things that seems to appeal to kids, for reasons that are beyond me!

The Smartest Giant in Town

I chose this over the more obvious choice – The Gruffalo – simply because ever since Robert saw the (stunning) BBC adaptation, he’s claimed he is scared of The Gruffalo. So the Giant gets it! It’s also an excellent story, with a really nice moral element and a great structure. Like the Octonauts, it also features a great array of characters for the budding impressionist to test their chops on. I’d probably read this on my own if I was bored…!

Another book we inherited from a friend, and another REALLY quick read – so much so that we usually have to read it two or three times! As well as helping your child to understand the concept of rhyming, it’s a great way to help with pronunciation – though after almost a year of reading this, Robert still says ‘Spaghetti’ as ‘Getty’, so maybe I’m overestimating it’s genius! Either way, it’s definitely a fun read.

What did I miss?

I’ve probably missed off loads of classics – either because we didn’t have room on the list, or because we don’t own them. So I’d LOVE to have your suggestions on other great books for pre-schoolers. Let me know in the comments!