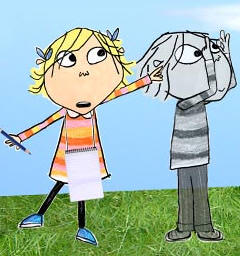 Despite their brilliance, the official Cbeebies Facebook page only has a relatively small number of fans, so a lot of people might have missed the BRILLIANT list they posted a few weeks back…

“You Know You’re a Cbeebies Dad When…”

Take some time to have a read of it, but here are a few of my favourites – followed by a few of my own additions!

You know you’re a Cbeebies dad when…

…you’re still watching half an hour after your child has left the room.
…you do an Octonauts Creature Report to explain anything.
…you sing CBeebies songs without thinking….in work.
…your celebrity crushes are Katy, Sarah Jane and Nina.
…someone asks what day it is, and you break into the relevant Day Of The Week song.
…you’re still humming the theme song from Everything’s Rosie long after the little one has gone to bed.
…even though the kids are in bed, you automatically press 614 on the remote.
…you worry that Waybuloo has moved from the Bedtime Hour.
…you spend hours speculating about possible Balamory romances.
…you settle down in front of the TV when the kids are in bed and select your favourite episode of Octonauts.
…you carry an outrageous fake moustache for camouflage purposes.
…you know more CBeebies song lyrics than those in the Top 10.
…you can draw all the Octonauts from memory using a variety of half-broken crayons.
…your social network timeline contains more mentions of CBeebies than anything else.
…you can say humu­humu­nuku­nuku­āpuaʻa (and do a Welsh sea-star accent).
…you discuss Octonauts down the pub instead of talking about the footie.

A few of my own additions!

…you secretly think Soren Lorenson is most under-rated character on TV
…you give serious thought to whether the grown-up Pontipines and Wottingers have ever hosted a key-swapping party
…you follow all the Cbeebies presenters on Twitter, and get worried when they tweet that they’re going abroad
…you are cooking a meal for your wife and you think “What would Katy do?”
…you find yourself wondering how Loopy ended up with a Geordie accent in Story Corner
…a tweet from Driver Dan on Twitter was the highlight of your week
…you have learnt more about oceanography from The Octonauts than you ever did at school
…you look up “Come Outside” on IMDb to find out where you recognise Auntie Mabel from (it was “Open All Hours”!)
…you can still remember the seasonal ident songs from previous years, and stubbornly refuse to accept the new ones
…you spent over an hour combing the shelves for the Octonauts Cbeebies magazine, and then searched through several piles to check they didn’t have the other four Octonauts figures hidden at the back
…you watched Britain’s Got Talent in 2009 and recognised Shaheen as Troy from “Grandpa in my pocket”
…you watch “3rd and Bird” and wonder whether Muffin is going to turn in to a biggot when she’s older
…you Google “Where can I find Alphablocks toys?” at least once a week
…you mistakenly sing “Fame Academy” instead of “Pop Shop” during the theme of Carrie and David’s “Pop Shop”
…you muse on the injustice of ‘Big Cook’ getting a name (Ben) but ‘Little Cook’ simply being called Small
…you immediately checked the DVD of the BBC’s “Human Planet” to see if “Little Human Planet” was included in the extras
…you refer to the drawer full of junk in your desk as “the doodle drawer”
…you’ve ever referred to a group of friends as “the Easy Crew”, only to be met with blank stares

Well there you go – let me know if you do any of these, so I can feel a little less crazy! :)

1 thought on “Fatherhood²: I Know I’m a Cbeebies Dad Because…”