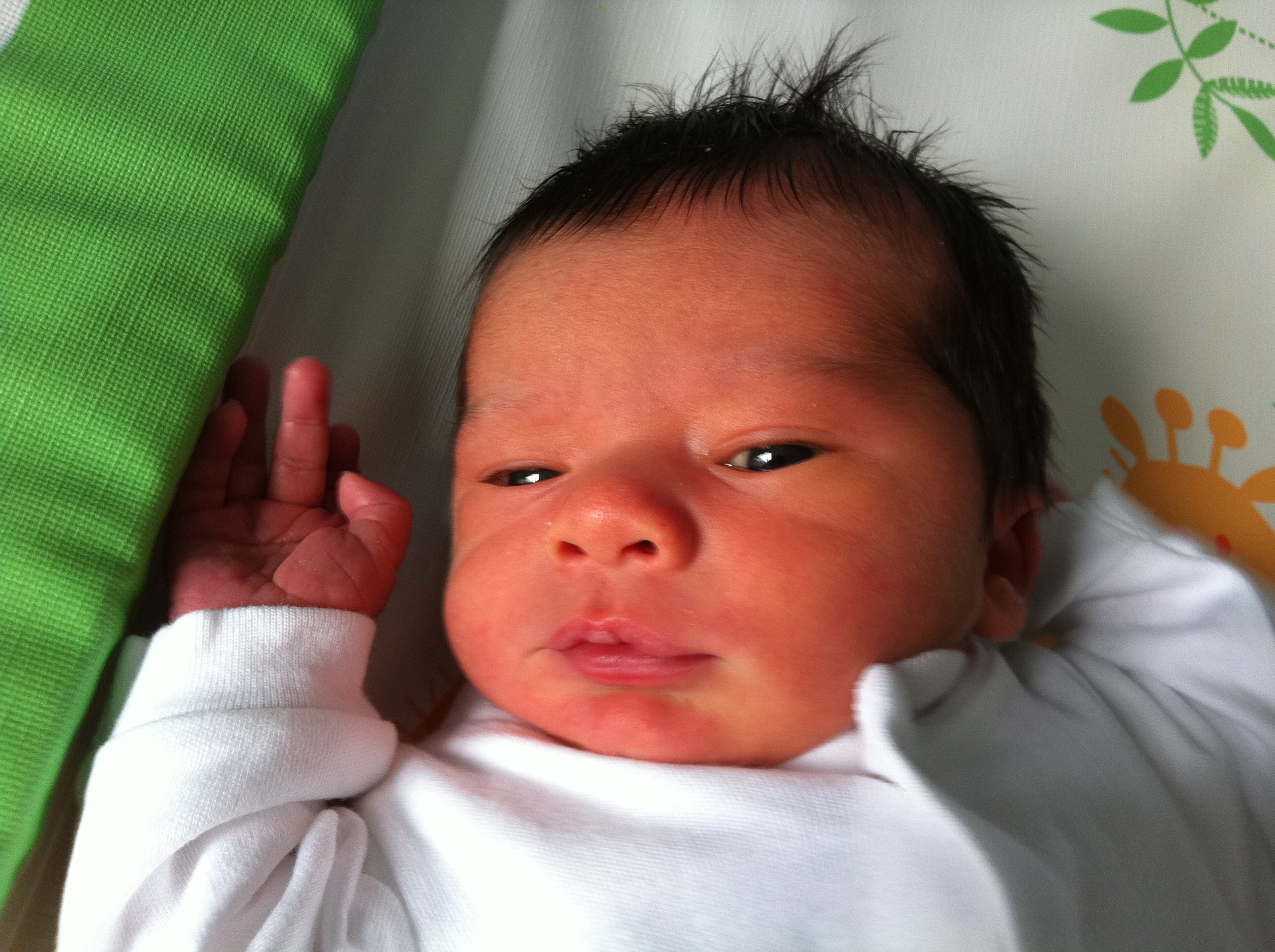 Before little Frederic was born on Friday, I’d speculated on a few occasions that having a second child couldn’t possibly be as hard as the first one – something which I’m still just about clinging on to now, five days in to little Freddie’s life.

Some things have definitely been easier, some things just as hard. And of course, having an older brother or sister brings with it a whole new bunch of challenges which I’d not spent much time thinking about. Here’s a few of my observations on fathering a second child, from where I am sat (or more accurately, slumped) on the evening of Freddie’s 5th day…

Obviously the preparation was a lot easier for Baby v2.0 – we already had a usable cot, moses baskets, clothes in every size and shape imaginable, shoes (worth their weight in gold – or that’s how it feels when you buy them, anyway!) and all the rest. So there was no need to go round for months before hand shopping for supplies, and it’s going to be nice to have less expenditure in the coming months whilst we’re surviving on one wage.

We were also a lot more knowledgeable about what to expect – apart from the pleasant ones, there haven’t really been too many surprises so far. I’ve certainly felt a lot more confident handling the baby, though I’m still very cautious. The amazement at how quickly a baby can eject the milk it has taken in (one end or the other) was more of an amusement this time – the same goes for most of the surprises of a new baby.

The routine of baby is not a surprise either – apart from the obvious changes, baby hasn’t meant we’ve had to change our routine TOO much yet – though me being on paternity leave has obviously helped too. We’re also trying to ensure Robert’s routine isn’t affected too much either, so that seems to help in getting used to things.

I suspect it’s a mixture of advancing age and a poor memory of last time, but the night-time feeding/burping/changing routine has felt a little harder than the first time. Obviously we’re still in the first few weeks, when baby will want feeding a HECK of a lot, but these first few nights have been VERY tiring for both of us…

Unlike Robert, Frederic decided to make his entrance via the more traditional (ahem) route – and has also been happily feeding from the breast like it’s going out of fashion – something Robert never managed. Whilst his entrance was certainly a little more “as expected”, for me as an observer is was a lot more worrying and stressful. There’s something about being in an operating theatre that feels a lot more “controlled” than a delivery suite full of midwives and a wife who is in a lot of pain.

The breastfeeding has also been a little harder – though this sounds a little selfish, I realise. When Robert insisted on being bottle-fed, it meant we could share the feeding duties, particularly at night. Whilst Frederic being a latcher means the logistics are a little more regular, it means that I can’t play much of a part in night-time feeds, so I’m feeling a little bit out-on-a-limb. I’m sure once he gets more regimented in his feeding – and Sara has time to express some milk for the night time feeds – I’ll be able to play more of a part. For now though, I just have to remain the supportive partner… ahem.

I’m sure there are a lot more observations I should have made here, but I’m currently existing on a sleep-ration of just over 4 hours per night, so you’ll probably forgive me if I keep this punchy for now…!