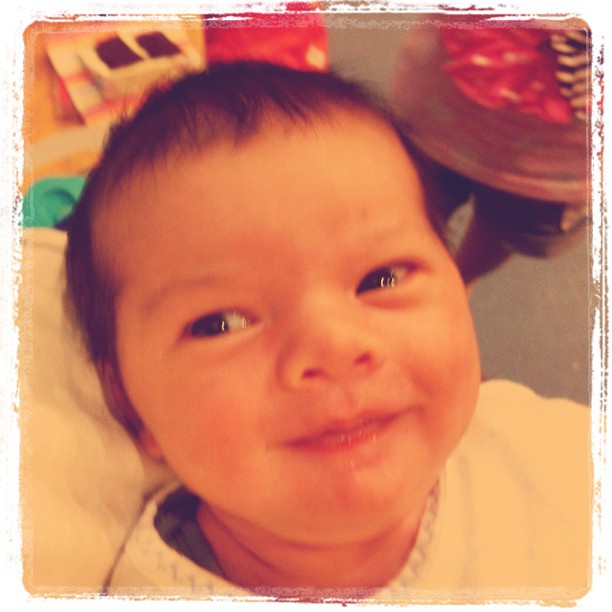 Just a little over 3 weeks after little Frederic was born, today marks the last day of my paternity leave – a realisation which has made me rather sad this weekend. As I’ve said in past posts during these few weeks, I really appreciate the paternity leave we in the UK get – and especially how accommodating my own employers have been. But it’s going to be a bit of a shock to the system getting up for work tomorrow…

It won’t be a the early morning that’s tough – though a poor night’s sleep tonight make me a bit more bleary-eyed I imagine. It won’t be the working either – aside from the fact that my iPhone has allowed me to stay in touch with the office and my emails during my time off, I enjoy my job immensely so it won’t be hard to jump back into. The hard part will be being away from Freddie (and Robert) for most of the day.

It’s also going to be tough leaving Sara in the morning, knowing that she’s going to be coping alone all day when she’s had me around for the past 3 weeks to help. I suspect I’m often more of a hindrance mind you, and I have every confidence that after a few days of settling in she’ll be running things like a well-oiled machine – but it’s still going to make me feel very guilty when I kiss them all goodbye in the morning.

Luckily for me, I’ve only got a couple of weeks back in the hot-seat before we’re heading off for a week’s holiday in Devon to celebrate my parent’s 40th Wedding Anniversary – so I’m being eased back in quite gently, relatively speaking.

I suppose I should be grateful that I live in a country where I’m given any time-off at all – these three weeks have been really brilliant for building a bond with little Frederic, and I’ve already been able to witness so many tiny milestones in his development. Sitting here contemplating a return to the rat race makes it very easy to worry that I’ll miss out on some of his bigger milestones later on – will I see him take his first steps, or roll over for the first time?

Thinking back to Robert’s own milestones though, I don’t really feel like I missed much – or if I did, I don’t remember what I missed anyway! :D

So think of me (if you’re awake) tomorrow at about 7.15, when I bid my burgeoning family adieu for the first time…. Then think of me again at about 12.45 – I suspect I’ll be enjoying a sneaky lunch-time nap on the Tamar sofas…! :)