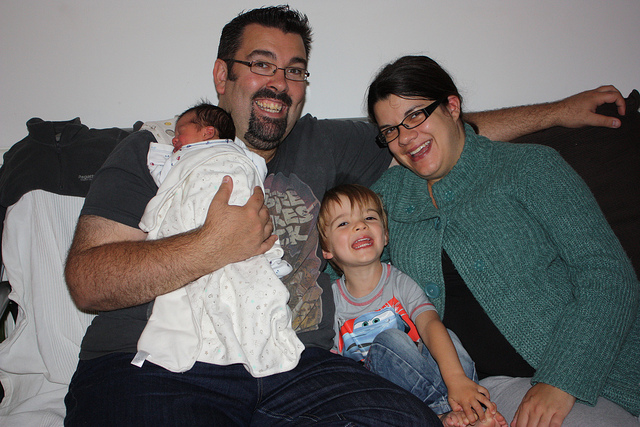 After several months of wondering how Robert would react to having a little brother, I’m pleased to report that things are going well so far. Baby Frederic has been home for over 24 hours now, and we’ve not had any cause for concern yet. In fact, Robert seems to be very keen to be involved in Freddie’s upkeep – offering to dab him with cotton wool buds while we change his nappies, and ALWAYS keen to cuddle him.

The only real “measures” we took to ensure a smooth arrival of his brother in to his life was one that several people recommended – namely, Freddie bought Robert an “I’m your little brother” present (some Lightning McQueen walkie-talkies – something I can’t see staying out of the Moses basket for too long!) and Robert in turn got to present Freddie with several of the little things he’d asked us to buy “for the baby” over the last few months of pregnancy – a teddy, a rattle, some ‘Cars’ baby-gros and a few other nick-nacks.

This little “ceremony” seemed to go down very well with Robert, though it remains to be seen whether Robert will expect the gifts to keep on coming – let’s hope now! :)

The other thing we’re being careful to do is ensure Robert isn’t left out of anything – and that his routine isn’t disrupted too much. For the past few months, Robert and I have been going swimming on a Sunday morning, so we made sure to keep the tradition up today – which also gave mummy a chance to catch-up on the sleep we missed out on last night. We’ve kept mealtimes the same, let him watch the programs he usually does and generally don’t let him feel like his life is in turmoil (like ours is!).

Obviously it’s very early days, so I could be speaking FAR too soon, but I thought it was worth sharing his progress so far, for the record. 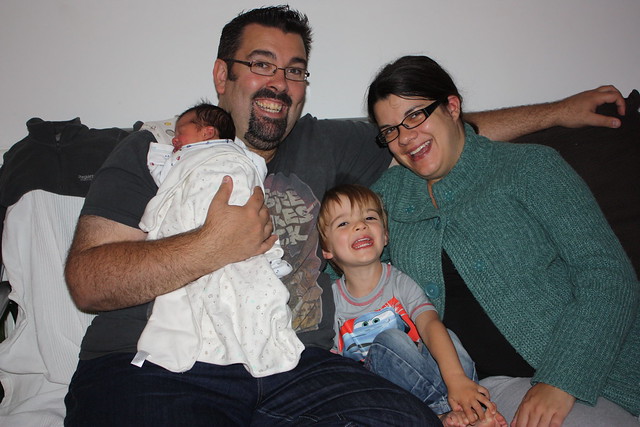 2 thoughts on “Fatherhood²: The Bumpy Road to Big Brotherhood”