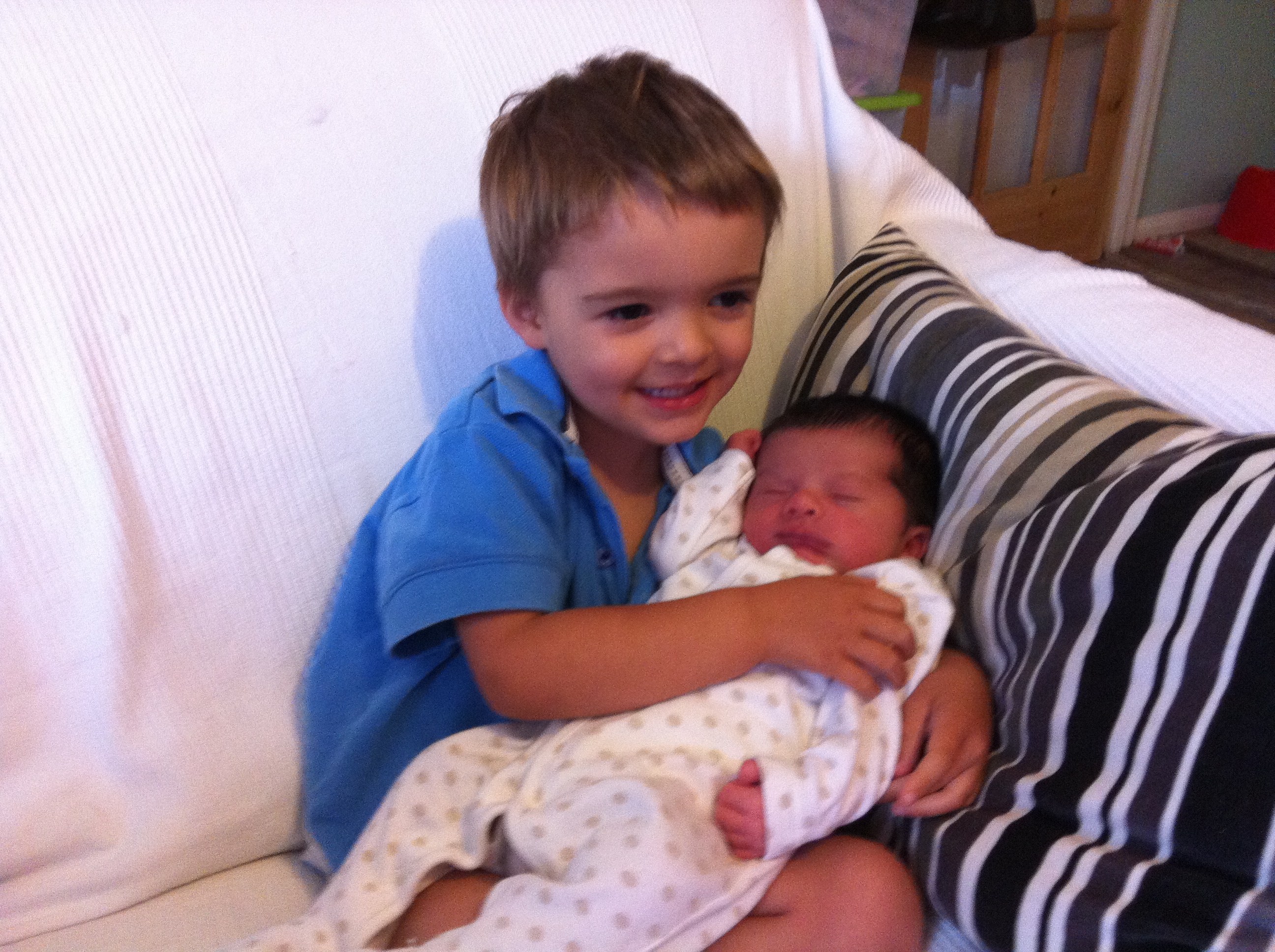 Two weeks ago today I became a father again for the second time – as you’ll doubtless know if you’ve found this post by any method other than a Google search. It’s been an interesting experience so far – well, by interesting I of course mean tiring – but it’s certainly giving me a lot of food for thought.

I haven’t blogged as much as I’d have liked to, mainly due to not really having a lot of time free to do so. Last night for instance, we got Robert (first son) to bed by about 7.30, tidied up a bit and were in bed by 9 – simply because Freddie had just had a good feed, so we thought it would be best to get a couple of hours of sleep in before he woke up for the next one.

Most evenings have been similar to that – though I’m pleased to say the daytimes have been getting a bit more back-to-normal now. It’s not quite the relaxed joy of the daytimes after Robert was born mind you, when we’d spend most of our relaxation time playing Mario Kart Wii and could have lie-ins in the morning if we didn’t get much sleep. But even just getting back to some semblance of normality is comforting enough.

I’m very grateful to my wonderful employers for letting me have three weeks of paternity leave – something which a lot of other fathers in other countries don’t get, as I’ve been reminded a few times.

Whilst I think non-parents sometimes don’t appreciate what paternity leave is for (I’ve even heard a few people referring to it as a holiday!), I count my blessings that I have these precious weeks to a) get to know my new son and b) assist my wife in the immensely tiring job of coping with a newborn baby. I can’t imagine how tiring it would be if I had to go to work just after Freddie had been born!

A while back I blogged about some of the issues that I recalled from our first pregnancy, including in particular the midwives that we encountered. I should probably add to that post to say that the midwives we’ve worked with this time have been a lovely bunch, particularly during Sara’s time in hospital before the birth. I’ve been a little less impressed by the “community nurses” who visit you after the birth. Not because of anything they’ve done particularly, simply because it’s been a different one every time – and we’ve been visited by at least 4 so far!

We’ve not had too many other visitors to speak of really, after the initial family surge – I suspect the novelty of a new baby has worn off for a lot of people compared to last time, though it could just be that they’re giving us plenty of time to get used to our new increased-workload! I’m sure Frederic doesn’t give a toss anyway! :)

This post doesn’t really have much of a point to it I’m afraid – just a random collection of thoughts. As soon as I’m a little less tired I’ll get back to blogging on more interesting topics, I promise!