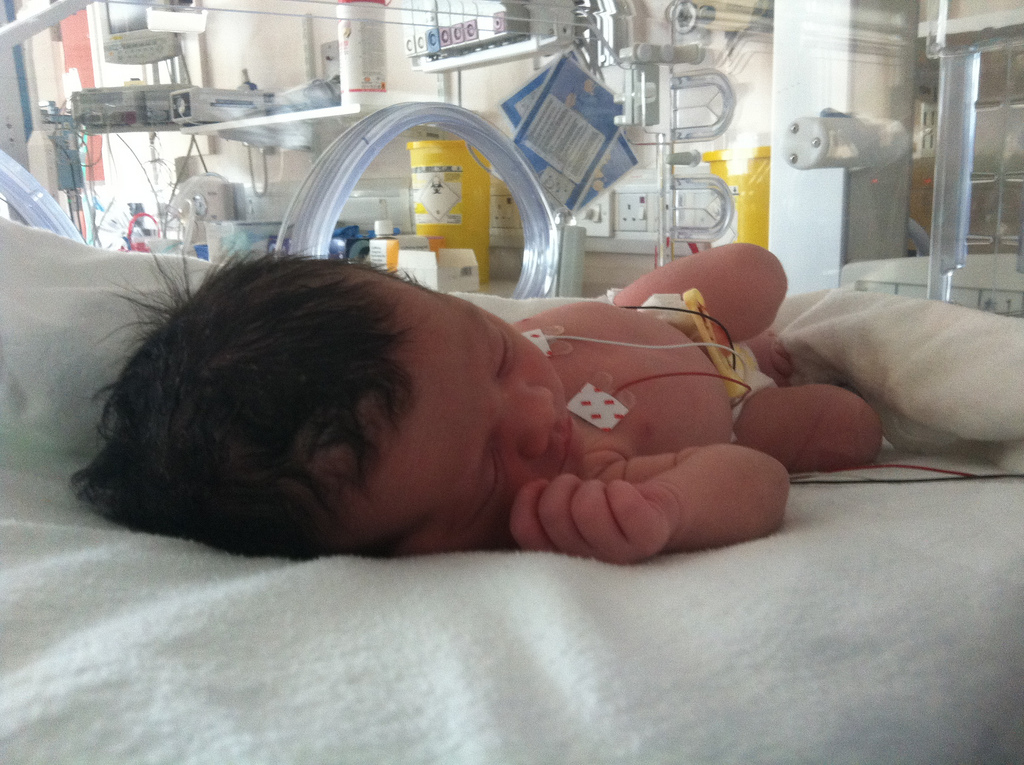 I thought I’d share a few more shots of baby Freddie from today, for those that are keen to see more of him. Interestingly (well, at least to me!), when Robert was born I put all the photos on Facebook, but since then I’ve become a much more active Twitter user, as well as having friends on other social media sites too, so I figured my blog was the best place for them for now.

Following off from where I left the previous post, Frederic spent from around 11am to 3pm in the “Special Baby Care” unit being “cooked” (as they kept referring to it!) to bring his core temperature up to more normal levels (he was reading 35.6 when he was born, which is too cold to “sign off” on, apparently). They eventually succeeded – though not before trying a heated mat, heated lamp, “skin to skin” and several other warming methods. So at that point, Freddie was returned to his mother and things started looking up!

Unlike Robert he is feeding fine (Robert always refused to “latch”, so we had to express/bottle-feed) and has been doing all the right things, so hopefully he’ll be allowed to come home with Sara tomorrow.

I should also mention before I finish that Sara has been a TOTAL hero through the whole thing – from having to stay in hospital for several days before Freddie was even born, to the labour itself – she got him out in an impressive 2.5 hours, with just gas and air on her side. I have a whole new-found respect for my amazing wife!

Anyway, on to the pictures…

4 thoughts on “Fatherhood²: Frederic Henry Elliss and his first day on earth”