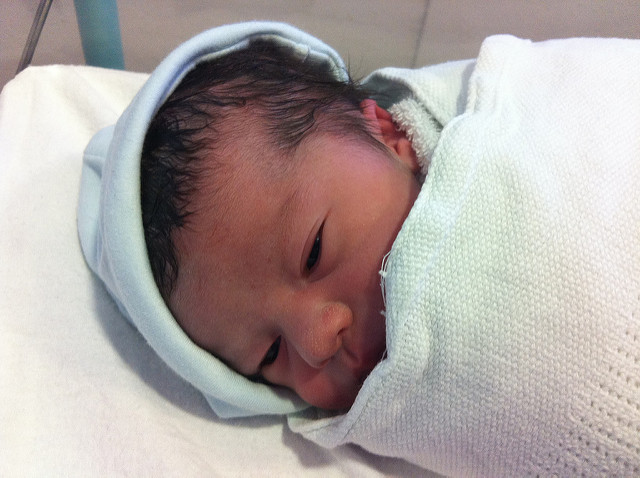 At exactly 0651 in the morning on July 1st, we welcomed little Frederic in to the world. Mother and baby are both doing fine – after a spell in the “Special Care Babies” ward to warm him up – and are hoping to return home tomorrow. He weighed a little 6lbs 8oz – 6oz bigger than Robert did, though he chose the more traditional exit. From labour beginning to Freddie emerging took just 4 hours, and Sara did AMAZINGLY well, just using Gas-n-Air to numb (some of) the pain.

I’ll post some more pictures later on – after the nerve-wracking spell in the SCB ward it’s been a bit of an emotional rollercoaster, to say the least. 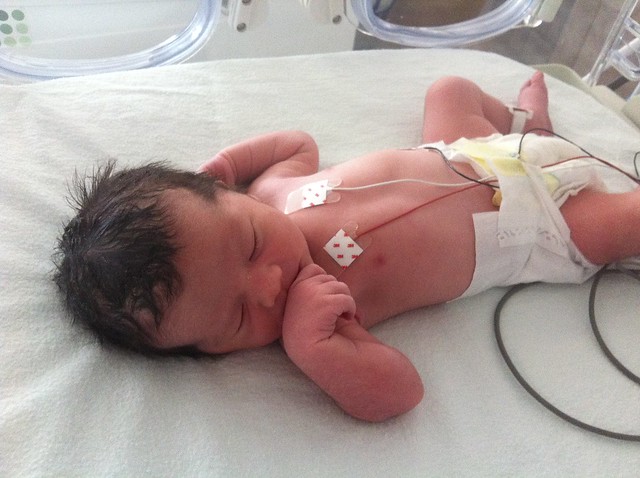