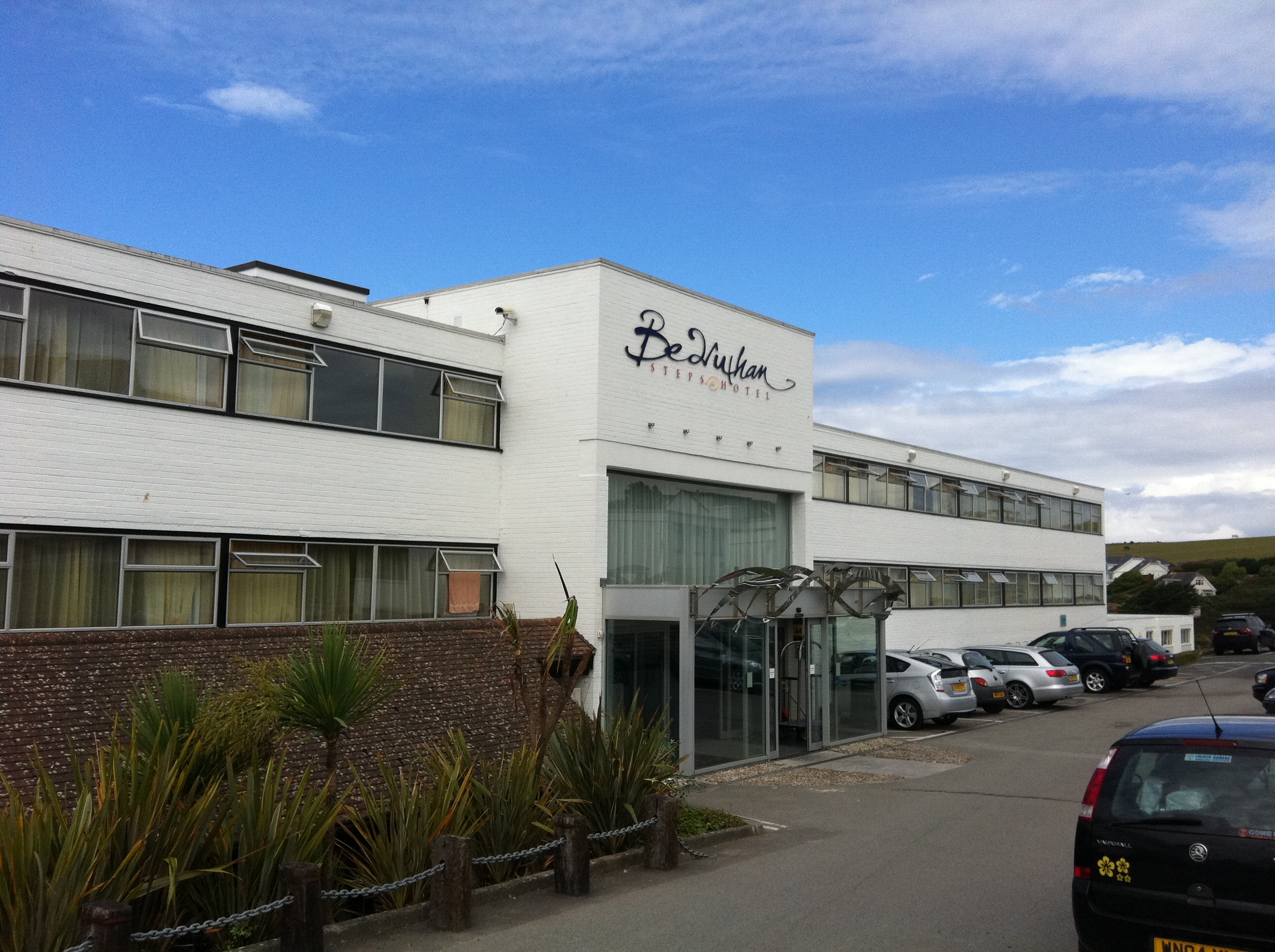 Well, there’s a first time for everything – this is the first time I’ve ever written a blog post whilst on holiday! Thankfully, the experience I want to tell you about was SO good, I wanted to write a bit about it before I forget…

This week, we’re down in Cornwall on a family holiday – celebrating my parents’ 40th wedding anniversary – and were all travelling down to Cornwall on Friday when we heard some rather annoying news. I won’t go in to the details too much, as it’s quite dull and contentious, but basically we couldn’t get in to the house we’d rented until the next day.

Due to some very skillful negotiating by my brother, the owner of the holiday home we’ve rented put all 15 of us up in some local hotels – at which point we assumed we’d be holed-up in some grotty local B&Bs for the night. To our surprise, half of our party had been put up in the Watergate Bay Hotel (Watergate Bay is currently home to Brad Pitt apparently, who is filming “World War Z” nearby) and the other half – the ones with younger babies – were put up in the Bedruthan Steps Hotel up the road…

When Sara and I found out we’d be put up here, we Googled the hotel to find out what it was like – and were intrigued to see it listed as a “family friendly” hotel.

Well, there’s an understatement for you. I can safely say this was THE most family-friendly hotel I’ve ever had the pleasure to stay in – and it was of course all the better for not having to pay for it…! :)

Amongst the many reasons the hotel would definitely be top of any “Family Hotels” listings are:

(NOTE: I should point out, having re-read the list before posting, a lot of these are features you might find in a butlins holiday park – but this is a 4-star hotel we are talking about here…)

The best part though, is that amongst all this child-friendliness, it was a really nice hotel to stay in – parent or not. There were beautiful areas set aside for grown-ups, the restaurant was really nice (apart from the squid rings, but I always make THAT mistake!) and it was generally a really nice play to stay.

Now, whether or not I’d pay the circa-£200 a night it costs to stay there if we HADN’T been given the stay for free is another matter… but if you CAN afford that sort of accommodation, and are looking for a child-friendly hotel, I’d definitely recommend it.

And since I’ve not had time to get any of the photos I took off my camera yet, here’s a shot of a kite-surfer which I took on the nearby Watergate Bay beach the next day : )