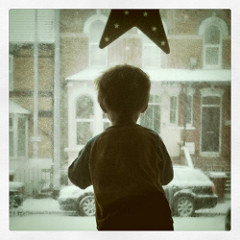 Throughout my working life so far, I’ve been involved in writing – in one way or another. My first job was with a publishing company in Bath, where (amongst many other things) I often had to write film reviews and other content for their cinema magazines. At Tamar (only my second job, ten years later!) I blog on a regular basis – both for the Tamar Blog, as well as on sites like Econsultancy. I’ve even written chapters for books about online marketing, including one produced by Microsoft, and a blogging guide for Kleenex (!).

As well as all this writing for work, I’m obviously an avid blogger in my spare time too. Before this current incarnation of my blog, I used to use this as a forum for rants and advice pieces, and before that I blogged about the renovations we were (and still are, sadly) doing to our house in Reading.

Thankfully, all this content production seems to have honed my skills a little, and I occasionally get complemented for my writing skills. I’m not foolish enough to imagine this is much more than politeness, but frankly the enjoyment I get out of writing is reward enough for me anyway – so any other compliments are just gravy, as they say.

Though I do have to admit that one of my favourite ever tweets was a reply I got from That Kevin Smith – one of my own favourite writers – where he called one of my blog posts a “Breezy read and interesting, too” – high praise indeed!

All this writing (over 100,000 words for Tamar alone, by my calculations!) has often made me wonder whether I couldn’t go one step further and write a book. I’ve mulled over the idea for a good few years now, though the thing that has stopped me has always been a lack of topic. Since restyling myself as a “daddy blogger”, I’ve wondered if perhaps that was the avenue to pursue – after all, they DO say “write about what you know”. But it still seems like a big step for such a lazy person. But how hard can it really be?

So, my latest plan is that I could test out my skills – and learn about the world of publishing at the same time – is to go for the OTHER type of book I’ve always fancied trying my hand at: namely, children’s story books.

Don’t worry, I’m not picturing myself as the next J K Rowling. The sort of chilldren’s books I’d quite like to try my hand at are more The Gruffalo than Potter. I’ve spent the past 3 years reading books like this to Robert every night, and have often found myself wondering “Could I do this?”

Again, I’m not arrogant enough to imagine I could be the next Julia Donaldson – it would be insulting to her and her contemporaries for me to even imagine that. But as well as the quality books Donaldson writes, I’ve read a fair-few clunkers too – books with awful storylines, or really sloppy writing. They’ve all gotten published (and purchased, by at least one sucker – this one!) so why couldn’t I?

The missing piece of the puzzle here is of course the illustrator. After all, nobody wants to read a toddler a book with no pitctures. Luckily, I know some very good artists – most notably, my brother-in-law Neil, who is an accomplished artist (and musician) and excellent illustrator. Once I’ve got my story, Neil is the first person I shall turn to – don’t worry, I HAVE warned him! Between the two of us (he has recently become a dad himself), I think we’d have a pretty good chance of making something reasonable.

Working in marketing, I’ve got the added bonus of (hopefully) having the tools at my disposal to promote something I’ve produced as well. But getting in to the marketing of a book that doesn’t exist is probably tempting fate a little, so I’ll leave that for another time.

… as soon as I’ve finished this blog post, of course.

2 thoughts on “Fatherhood²: Once Upon a Time… Henry Decided to Write a Book!”