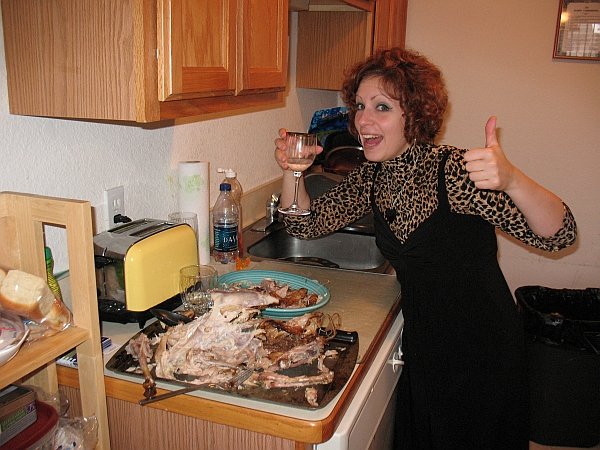 “All women become like their mothers. That is their tragedy. No man does, and that is his.”
— Oscar Wilde (The Importance of Being Earnest)

In October 2004, when our son Evan was 9 months old, we packed our things, and moved out of the small university town my husband Andrew and I called home for over a decade. We headed to Dublin for a year so Andrew could finish his PhD. research. While I knew this was a valuable scholarly opportunity for Andrew—he would have access to archives, libraries, and people he could never meet living in our town— I was extremely nervous about what would happen to me, a new mom, living in an unfamiliar country, in a city with more than quadruple the population of the one we’d left. I was unable to work legally, and chose not to undertake a formal course of study since I already had my MA. It was therefore decided that I would stay home to raise our son. Our extremely meager living stipend didn’t stretch far in Dublin, which meant that our days out consisted of free museums, walks in the park and around the city, and the occasional trip to the coffee shop.

We lived in the on-campus post-graduate housing, which usually can provide a very congenial atmosphere, but I was the only stay-at-home mom in the building, most everyone else were single students. Every morning, as I made my coffee and Andrew packed up for another day of research, Evan would crawl over to our window, which looked out on the campus’ main thoroughfare, and he would wave hello to the students as they passed by on their way to class. I felt extremely isolated and very lonely. My best memories of Dublin involve only me, my son, and the relationship we developed there.

I had nothing else to do in Dublin BUT provide for Evan’s needs. I read to him, took him to the playground, played blocks with him, talked to him and sang to him constantly, as if he was my only friend. Our living circumstances cemented our bond as mother and son. I was his primary caregiver and teacher. It seemed that everything Evan learned was connected to me: if I put two toys in front of him, and asked, “Which one is the doggie?” and he pointed to the correct one, it would be proof my efforts; when he learned how to walk, it would be because I was holding his hand.

With this mindset, our family became disparate units: Mom and Evan, and then Dad/Andrew. In this model, Dad was relegated to being an outsider, not an active participant in the raising of his own kid. This wasn’t a deliberate choice on my part, I think I was just completely convinced that I was the one who could do the Best Job looking after Evan. It was just the beginning of my Mother Superiority Complex.

In July 2005, when we moved back to Michigan, Evan’s expressive language development completely halted. We couldn’t figure out why. I arranged for some early childhood specialists to come to our home to complete a speech assessment. Shortly after that, Evan began going to speech therapy. Eventually, he started to have some expressive language again, and could say parts of words.

Again, I saw all these achievements as things that belonged to me. I was the one who filled out the forms, arranged the therapy visits, and got him to and from school; I was the one who wrote letters to community organizations on Evan’s behalf, asking for scholarship funds to cover the cost of camp. I felt that Andrew witnessed the benefits of these things, but the responsibilities felt like they were solely mine. I was still the Best Person to take care of Evan. My Mother Superiority Complex went to another level, as I began trying to make parenting “easy” for Andrew. Making it “easy” for Andrew meant that he was parenting how I thought he should.

For example, if I was going out for the night with my girlfriends, I would prepare Evan’s dinner, put out the toys he should play with in the tub, take his pajamas out of the dresser and lay them on his bed, and then, on my way out the door, I would suggest activities Andrew and Evan could do—“Play-Doh! Paint with water books!”— as well as things they ought to avoid: “Don’t let him watch any more TV today!”

Finally Andrew reached the point where such direction, exasperated him, and this is the conversation we had:

Andrew: “Don’t tell me how to spend time with my kid.”
Me: “WTF?! We both know I’m the one that does the Best Job taking care of him! I’m his MOTHER.”
Andrew: “Well, I’m his FATHER… and you forget kids get different things from each parent.”
Me, speechless, and thinking: Goddamn. Why hadn’t I thought of that?

“Dad is great! Give us the chocolate cake!” -Bill Cosby, HIMSELF

After I learned that Andrew’s perspective was totally right, I began to let go more. Andrew does bring a lot of things to his relationship with Evan that I do not. Andrew is responsible for exposing Evan to ancient and medieval history, comic books, Dr. Who, and video games. He taught Evan how to ride his scooter and his bike. They play racquetball. He is the one who is willing to read Tolkein and Rowling, out loud, for hours on end. Andrew presently receives more hugs and kisses from Evan than I do. His “something different” really is something.

So, WHY was this supremely simple lesson such a hard one to learn? I think it has partially to do with a focus problem: as a society, we understand and define things in terms of what’s abundantly there in our faces, instead of looking slightly beyond to see what else there is or could be. As a mother, I didn’t see past my own parenting– and it took the other parent to point that out. Andrew was always there, just beyond where I could (or wanted) to see: he’s not better than mom—but he is valuably different.

Andrea Devenney is happily married to Andrew and mother to Evan. She currently resides in Michigan, USA, where she teaches English at the Central Michigan University. Criminally, she doesn’t have her own blog but DOES now have a Twitter – but I’m hoping to persuade her to write a book next year, as she is by FAR the funniest person I know.

2 thoughts on “Fatherhood²: Guest Post – My Mother Superiority Complex, or How I Learned to Let Go and Let Dad”