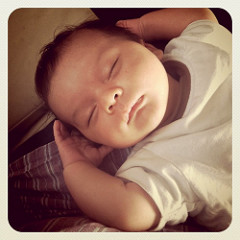 I don’t profess to be anywhere near an expert in parenting – in fact, I’d go as far as to say that in a lot of respects I’m nothing more than an amateur. But what I DO know is what has worked (and not worked) for my children. Routine is one thing that has made our lives a LOT easier – and occasionally a little trickier…

The Joy of Routine

As a parent, routine is your friend. Routine can make your life a lot easier. Little children LOVE routine – they gobble it up, and it gives structure and sense to their chaotic little lives.

Take bedtime for instance. Before I became a parent, I would regularly scoff when I heard about parents who would stick laboriously to routines for their children. “Look at them, missing out on a beer because they HAVE to give little Timmy a bath at a certain time – what FOOLS!” I would say. But now that I’m a father of two, I recognise how foolish I was. Having a bedtime routine is joyous.

Our current bedtime routine for Robert (and soon for Freddie too) consists roughly of: Dinner, 30 minutes of “wind down” time with Cbeebies, a bath, 2 stories and in to bed. It has been this way since he was about 6 months old (from the moment where he could happily sit still for a story, basically) and the consistency of this routine almost guarantees he will go to sleep within about 5 minutes of jumping in to bed. No matter how chaotic or different your day – even on holiday – keeping to this routine has always worked a treat for us, at a time that some parents can find an absolute nightmare.

On a smaller scale, routine can help with more day-to-day tasks: Always washing your hands after you’ve had a wee, put your toys away once the day is done, holding hands before you cross the road. I wouldn’t say we’ve cracked all of these to the same level as bedtime, but they certainly take advantage of your child’s burgeoning memory.

But at the same time as being a key weapon in your parenting arsenal, routine can also blow up in your face – though recognising this is happening can be half the battle…

The Sorrow of Routine

Take the bedtime example above. If we stick to this routine, everyone’s a winner. Minor changes here and there can easily be glossed over, but make a more significant change (particularly one which is construed as positive to the child) and you can kiss your little routine goodbye. For instance, bedtime stories: Occasionally, I would offer Robert a third story as a “reward” for something. Short term gain – long term pain. For the next 3+ nights, he’ll demand three books, and the ensuing fall-out will dramatically disrupt bedtime, sometimes to the extent that he’d end up with no stories at all. Not a happy bunny!

You can also find yourself in unintentional routines too. I don’t know if you took part, but last week The Sun newspaper (not something I’d usually buy, I should add) were doing an offer where you got a free LEGO model with every copy, for a week. For 4 days in a row (I missed a few!) I was able to get two Lego models for just 60p, so Robert and I were able to sit down together during breakfast and make our models (he’s surprisingly good at LEGO for a 3 year old!).

All very nice and heart-warming, until the day when the promotion came to an end. Even now, 6 days later, he still asks me excitedly in the morning whether we’ll be “building our models” over breakfast – with the ensuing micro-tantrum throwing a spanner in the works of our morning routine several times. Sou routines can be a pain, too – especially when you didn’t realise you were establishing them.

I’m sure there are lots of other examples, but you get the picture. Overall I’d say the “Joy” of routine wins out over the “Sorrow” – even getting the hang of recognising a routine will help you in combating (or exploiting) them…

2 thoughts on “Fatherhood²: Routine – The Joys and the Sorrows”