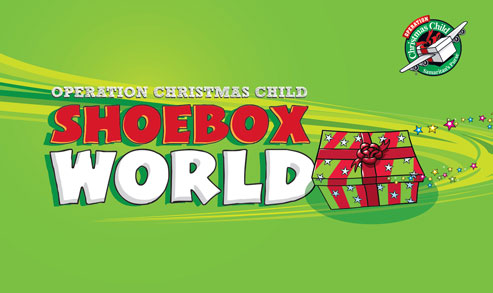 In a small step away from my usual post topics, I wanted to write a quick post to publicise a really good cause that is doing brilliant work this time of year. Namely, Operation Christmas Child.

You may have heard of this or similar schemes in the past, so forgive me if I’m preaching to the choir here – but this year was the first time we’d taken part, and I was so taken by the whole thing that I wanted to emplore others to do the same.

The concept is fairly simple – here’s the official blurb from their site:

Giving a shoebox gift to a child in need is simple with Operation Christmas Child.

(i)You wrap and pack it;
(ii) We check and send it;
(III) Our in-country partners deliver it to a child in need.

It starts in your hands and ends up in theirs.

The website features very simple instructions on what you can and can’t include (though it’s mostly common sense) and they even offer pre-made boxes now for people who haven’t got time to do what we did and go shopping to fill the boxes.

Sara and I found out about the scheme via Robert’s pre-school, and decided that as well as being a worthy cause, it’d be a good test of Robert’s developing skills to see how he would react to picking a bunch of toys he would like (we purposefully chose the same age-group as Robert) but wouldn’t get to open. We were both pleased to realise he performed admirably – even helping us to pack the two boxes up and proudly hand them over at pre-school.

Anyway, enough of my jibber jabber – why not go and fill a shoe-box for a child who won’t be getting anything special under the tree this Christmas…