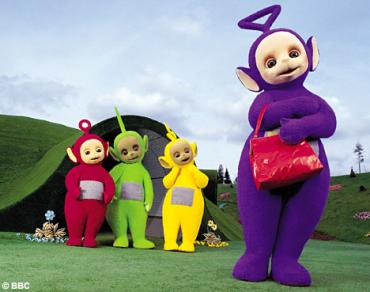 An equality campaigner thinks so, the controller of CBeebies thinks not and the presenter of Woman’s Hours wonders whether the lack of female representation on CBBC is a blessing in disguise

Question: what have Pingu, Tommy Zoom, Mister Maker, The Koala Brothers and Little Charley Bear all got in common?

Well done if you came up with the answer that they are all the titles of CBeebies’ television programmes.

And you can give yourself an even bigger pat on the back if you identified that they are all male characters – a list featuring female CBeebies’ characters would be considerably shorter.

It was this that pre-occupied the experts invited on to Radio Four’s Woman’s Hour radio show last Friday (17th February 2012).

I learned a lot by listening to the debate about whether CBeebies has a male bias – for instance, it was the first time I had heard the word ‘pinkification’ slipped into everyday conversation. The lady using the word was Dr. Helen Mott, an equality campaigner whose research highlights that 70 per cent of CBeebies airtime is dominated by leading male characters.

I conducted my own research by looking at the CBeebies TV schedule for Tuesday 21st February 2012. Almost half of the programmes (24 out of 50) had a male-biased title (e.g. Postman Pat, Baby Jake, Grandpa in my Pocket etc.) or were presented solely by a man (e.g. Mister Tumble).

In stark contrast, zero programmes had a female-biased title – and just four were presented solely by women (Balamory and I Can Cook both counted twice as they were repeated once each).

The controller of CBeebies, Kay Benbow, admitted that fictional characters on the children’s channel are more likely to be male and that she tries to redress the balance by asking things like “does a voice-over have to be male?” She also pointed out that the female-fronted I Can Cook is equally popular with boys and girls and that Everything’s Rosie (whose main character is Rosie) attracts more boy viewers than girl viewers.

Dr. Mott, however, was unimpressed by how Rosie is too stereotypically girly to be a good role model for young viewers and suggested that the cartoon is a good example of the “tyranny of pink” on children’s programmes.

The radio programme naturally concentrated on how girls and women get a raw deal in terms of being under-represented on children’s TV shows and how they might suffer from gender stereotyping – it is called Woman’s Hour rather than Man’s Hour after all.

However, presenter Jenni Murray did point out that the bias towards males on children’s programmes might make up for the fact that several recent pieces of research have found that many young children lack male role models in their lives – particularly since women are traditionally awarded custody of children and primary schools constantly have a shortage of male teachers.

The show raised some fascinating questions but perhaps it missed a trick in not asking children what they thought of the proportion of male and female characters in their favourite shows. One Woman’s Hour listener obviously had the same idea. She emailed the programme to say that she had asked her child whether Bob the Builder was a man or a woman.

Perhaps we’re all reading too much into gender stereotyping.

1 thought on “Fatherhood²: Guest Post – Is There a Male Bias to CBeebies?”