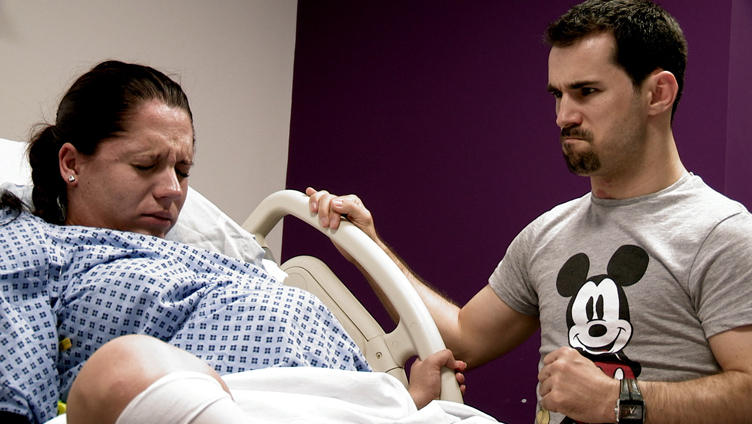 I guess it’s probably a sign of how little coverage dads get on TV, but this is the first time I’ve really had call to do a “review” of a dad-related TV show – and may well be the last for a while. So make the most of it… :D

If you didn’t catch the BBC’s ‘Wonderland’ episode last week – “When a Dad is Born”, I urge you to download and watch it. I just did, and it was certainly worth a watch. It will infuritate, amuse and probably perplex you, but I’m glad I took the time to watch it – on several people’s recommendation.

The episode (which feels like it could easily have been a whole series) follows three (rapidly expanding to 5 or 6 as the crew come across more fathers-to-be) soon-to-be dads on their journey to imminent fatherhood. I can’t recall all theirs names, so I’ll give you the descriptions that we came up with while watching it, to give you a feel:

As you can tell from my slightly-mean descriptions, or indeed the tweets I posted while watching the show, I pretty much hated two of the three dads almost straight away. However, by the end of the episode I’d come around a little. As you can probably guess from the premise of the programme, fatherhood seems to profoundly affect all three dads, mostly for the positive, and you end up feeling that they’re going to be better men because of it.

It was really nice to see a show all about the dads. Obviously the mum plays the most important and significant part in parenting, particularly in birth, but positive profiles of dads are so few and far between that it was a real breath of fresh air.

I only hope that people didn’t switch off after the first ten minutes, as you could easily have been left thinking “What a bunch of fools – they’ll never make this work”. But top marks to all involved, and I hope that this is the first of many such programmes.