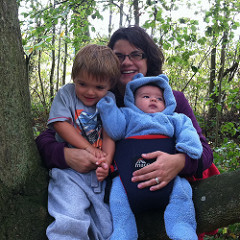 Henry has been asking me to write a blog for ages. I’ve always declined the offer as I’ve really got nothing interesting to say on parenting – plus I’d never written a blog. So it was a teensy bit scary. But I’ve finally thought of something to write about which, if it reassures or helps just one person, then it’s worth the time and effort.

When he was born he wasn’t breathing properly which is apparently quite common with caesarean births. So we had to wait a couple of minutes before he was able to be cuddled. With the skin to skin contact and a boob at the ready, he seemed to be feeding well. Henry and I were ecstatic. The birth hadn’t quite gone according to plan, but the feeding seemed to be working. Brilliant. We were back on track.

But that was it. As he has inherited the stubborn gene from somewhere (!) Robert decided he didn’t want to breastfeed – so he didn’t. The midwives in hospital pushed and pulled, cajoled and manipulated me (and him) into all sorts of weird and wonderful positions. It worked once and no one could understand what the problem was. Once they started to feed him with expressed milk in a syringe, he was happier – but I felt like a major failure and I couldn’t wait to get home.

Over the next few weeks Henry and I tried everything to get him to breastfeed. We visited the breastfeeding clinics, the health visitors, listened to all the advice from visitors, read articles on the internet and consulted all the diagrams and videos we could. It all failed. And I was miserable.

Hormones were raging and I was out of control of the situation – my worst nightmare. He just wouldn’t do it. So I expressed for 11 weeks and gradually over that time we had to introduce some formula as my milk began to not satisfy him completely – he wasn’t suckling at all.

As a mother I felt awful, as I couldn’t do what nature had intended and nobody seemed to understand. But it wasn’t all bad. Henry and I settled into a routine which meant that we could both get some sleep at night: Anything before 2am and Robert would be fed by Henry meaning I could get an early night and a decent amount of sleep; anything after 2am and it was my turn, so Henry could get some sleep before work.

This enabled Henry to be included in the feeding routine and allowed him to create a bond straight away. It meant that we could go out without any worry because someone else could feed him – we didn’t really take advantage of this, but we could have. More importantly Robert didn’t seem to suffer from any gastric problems in his first year and he was consistently growing in line with the 25th percentile. So although feeding hadn’t gone according to the original plan, it didn’t seem to have any detrimental effects on Robert, which is the main thing.

So when I reached the feeding sections in the pregnancy books while pregnant with Child No. 2, I pretty much skipped them. Henry and I discussed it. We would try and breastfeed, but we were not going to feel guilty if it didn’t work out. So it was with great surprise that directly Freddie was born, he seemed to know what to do. It felt different immediately. I did nothing. Freddie just moved himself into position and off he went.

Henry and I just looked at each other and for the first time in 3 years, I felt my guilt actually leave me. I hadn’t realised that I was still carrying it around, but I had subconsciously been feeling like a failure all that time. This was what it was meant to be like. Feeding from then on wasn’t easy and hassle free but Freddie was keen on breastfeeding. So keen that he dealt with my oversupply reasonably well, even better when he had his tongue-tie snipped.

After that everything settled down and the latch was much better. After a couple of months, breastfeeding was now fully established. Freddie was growing very well along the 50th percentile as he was feeding so often. Hooray! But although I was feeling like a much more successful mother second time around for Freddie, Robert and Henry were a little isolated.

I couldn’t do much except feed Freddie, so CBeebies became a surrogate parent for a while. Henry was feeling a little bit useless. He couldn’t help out at night and any time the baby cried he was passed back to mummy. So we started to try to get Freddie to take a bottle to relieve this pressure. He point blank refused.

He spat the expressed milk out, same with all kinds of different formulas, he pushed the teat out of his mouth and gagged on it while screaming and turning purple. We kept on trying over the months but it just hasn’t worked. This put a different type of pressure on us. It meant that I couldn’t go anywhere even if I wanted to as I had to be ‘on call’ for feeding, Henry couldn’t help out and worse still, it meant that there was no alcohol drunk for another 6 months!

At 6 months old Freddie could sit up and with an older brother showing him the ropes, he started to drink water out of a Tommee Tippee cup. I’ve tried putting milk in that as well and he still spits it out. I think I’m just going to have to admit defeat and accept that I’ll be breastfeeding Freddie until he can drink cow’s milk at the age of one.

So I guess from my experience of having two stubborn children (I still don’t know where they get that from) if I were to do it all over again, I think I would try for that perfect blend of ‘combination feeding’. The holy grail. The four leaf clover. But realistically I’d probably just end up doing what was the best for the child in front of me, which is all any mother (and father) can really end up doing, while all the time remembering: Whatever the outcome, as long as they’re healthy and growing, who gives a damn how they get there?

2 thoughts on “Fatherhood²: Guest Post – Feeding Time at the Zoo”