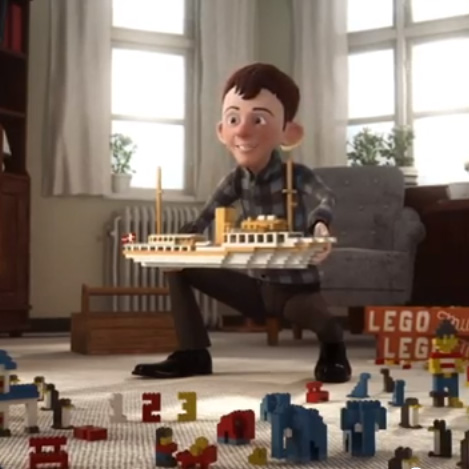 If you’re a Lego fan and want to know more about the company’s origins, 80 years ago this year, you could do a lot worse than to watch this amazing short film they’ve put out to celebrate the anniversary.

It’s got a very ‘Pixary’ feel to it, though it doesn’t actually seem to have been made by them – it’s only 15 minutes and it’s VERY safe for work. Go on, have a watch – I promise you’ll enjoy it!

And since we’re talking Lego, here’s the definitive answer to that old argument between us Brits and the Americans – namely, should you call them “Lego” or “Legos”. The answer was provided by an interview Gizmodo did with Lego a few years back:

“Lego” is an adjective and is not meant to be a standalone name. It should always be Lego bricks, Lego building, Lego products, etc.

So there you have it! Anyway, back to the film…

1 thought on “Fatherhood²: The Lego Story – 15 Minutes of Lego Brilliance”