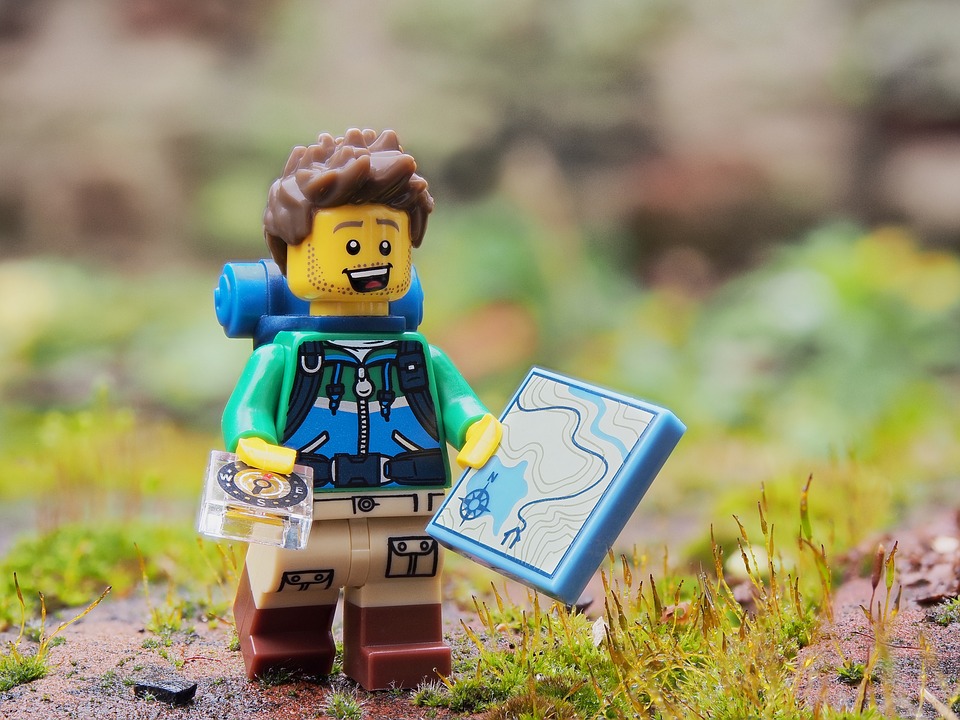 As a lot of you will probably have figured out by now (either from this blog or some of my other social presences), I’m a massive fan of Lego. As well as a life-long enjoyment of the toy itself, I’ve written about it on a few occassions too – both here (“15 Photos Every Lego Fan Will Love“, “I’m Andy, he’s Molly…“) and in a few more illustrious places (“Lego: great online strategy, but what about social?“).

However, having spent large parts of today playing Lego with the family, I thought it was about time I wrote another. So I decided to share a few of the tips I’ve learnt along the way – less in terms of the Lego itself (after all, who needs tips to enjoy Lego?!) and more on enjoying it with your children as a parent. So here’s my Top 10 – a shorter list than I could probably reel-off, but I’d love to hear some of your own in the comments!

Despite my own Lego mantra (“Instructions are for the weak”), and the obvious free-form nature of the toy, chances are that your children will enjoy making the sets they’ve been given. Whether or not they choose to keep them as-is or use the pieces in other models, they’re bound to want to make the models up again at some point – so keeping the instructions somewhere safe will save you a lot of upset when they go looking for them. You could even go as far as I have on a few of the smaller instruction sheets and laminate them to keep them nice! I know, I’m a loser…!

Even if you have lost a few instruction sheets – or if you feel like making a model that you missed the chance to buy – help is at hand on the official Lego website. You can now download a plethora of instruction sheets for hundreds of different models on the Customer Service section of the site. Combine that with the Lego “Pick a Brick” shop and you could make up some pretty impressive models from yesteryear – I managed to make this house, and only had to spend around £50 on missing pieces – a lot cheaper than it would have been new.

As well as the amazing offering from the various Lego shops, you can find some great deals on second-hand Lego online. Both through traditional channels like eBay (or Amazon sellers) and though a variety of niche sites that unite Lego sellers and buyers. One of my favourites is BrickLink – not only can you buy from sellers all over the world, some of them have literally thousands of the bricks you need, and will offer good bulk discounts. Well worth a visit if you’re building new things.

4. Make it worth saving for

I know it sounds obvious, but encouraging your children to save up their pocket money for Lego sets they want can be a great way to teach your offspring about the value of saving money. My eldest, Robert, spent almost 6 months saving up for the Cars 2 “Big Bentley” model – something I never imagined he’d have the patience to do. But as tempting as it was for him to give-up early and spend a fraction of his money on something smaller, he made it all the way (with a little help from me at the end!) and is now the proud owner of Big Bentley.

You know when you buy a new Lego model, put the entire thing together and then find a few spare pieces. At first you might wonder “Did I miss these out?” but then you probably come to the conclusion that the machines which pack the Lego sets in the factory probably put a few extras in by accident? That’s what I did anyway. Well, now that I’m a dad I’ve finally realised why they put the extras in there – it’s because those are the pieces which are most likely to fall off and get swallowed by your hoover, or a particularly thick-piled carpet. Bear this in mind before you toss them aside when admiring that model of yours!

6. It’s all about the storage

Once you’ve amassed a decent sized collection of pieces, you’ll want to make sure you’ve got a storage solution sorted. I must admit we’ve not cracked this one yet, but we’re constantly on the lookout for a half-way decent storage unit which we can ‘tweak’ to a design my wife has made. But our bricks are currently sorted in to colours and stored in a series of plastic drawers. We also own a bunch of the (beautiful-looking) giant Lego storage boxes (these ones), but disappointingly they don’t make for very good Lego brick storage – mainly because they have grooves in the base of the box which the small pieces seem to get trapped in. But we will continue to search for the ultimate storage solution – and I’ll keep you posted!

Annoyingly, Lego sets (particularly the ones tied in with popular film/TV franchises) seem to have taken the same approach as Disney DVDs in the past few years – namely, they only make them available for a limited time before removing them from the shelves. This then results in a vastly-inflated used/new price on sites like Amazon, where some of the more popular models can go for double or triple their original price. So as much as it sounds like playing in to a marketing ploy, I’d definitely advise not leaving it too long before buying a set you or your child might have their eyes on – if you get it too late you may end up paying an arm and a leg(o)…

Unless your children are little angels, you’ll probably hear the cry of “Dad, can you get these pieces apart” numerous times throughout the course of a Lego playing session – I know I do. As much as it annoys me, I’ve tried dozens of different methods for this over the years and still nothing beats having finger nails. Obviously this doesn’t necessarily suit everyone’s tastes, but it’s a damn sight cheaper than an expensive “brick separator” tool…!

I know this sounds a bit counter-intuitive, especially if you love Lego just as much as your child, but the hoover can be an excellent weapon in encouraging your child to clean up after themselves. I only had to show Robert the Lego pieces I had inadvertently picked-up in the ‘bag’ last time I hoovered – the reaction was pretty instant. And he’s been a lot more careful about what Lego he leaves lying around on the floor since then – especially useful for us when his little brother is now at the age where he wants to play with Lego himself. Trust me, give it a try on your kids – they won’t be happy bunnies!

If you’re the sort of Lego dad who also enjoys making your own models (like I am), you might like to join one of the many Lego communities online to get some inspiration. A few of my favourites are “The Brickish Association“, “Cubiculus” and – for the Star Wars fan – “From Bricks to Bothans“; but Lego themselves do a pretty good job too. One of my favourite recent discoveries is the Building Tips section, where Lego designers show you how to make additional elements to models you might have bought, like Houses or vehicles (the sofa in this one is brilliant!)

So, those are my tips — what did I miss?

2 thoughts on “Fatherhood²: 10 Top Tips for a Life of Loving Lego”