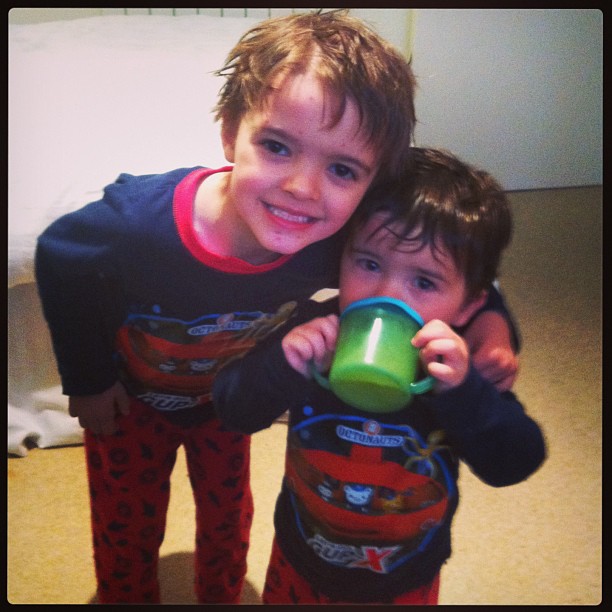 As my last post explained, I’ve been quite slack on the blogging front lately – both due to an overabundance of ‘stuff’ going on, and a project I did for Comic Relief which involved a brick-load of Lego. So it was with great excitement that I approached the Easter holidays – not least of all because we were FINALLY going on a family holiday.

As a family, we’d not had a proper holiday for almost 2 years – 3 years if you don’t count an extended family meet-up. So with a trip to the Isles of Scilly on the horizon, we were all getting very excited about a well deserved break.

So you can imagine our consternation when, on the very first day of the holiday (as we drove down to Penzance for a pre-holiday night in a hotel), Robert came down with Chicken Pox. What stellar timing! Having spent the past 4+ years HOPING he would be struck-down (as many of his friends have been), he managed to catch it on the first day of our holidays – disaster!

Don’t get me wrong, we’ve not been wishing ill on our own flesh and blood – and we’re not the sort of people to send our children to the mythical Pox parties some parents (allegedly) hold. But as everyone knows, the younger you get Chicken Pox, the less impact it will have on the little blighters.

Sara and I decided that, whilst we would stock-up on calamine lotion and Piriton, we’d go ahead with the holiday and see what happened. The first day was rocky (if you’ll excuse the pun), as we spent the first few hours on a very wobbly ferry heading over to the Islands. As most boys would be, Robert was rather bored after the first ten minutes or so and insisted on having his spots dabbed with Calamine at least 5 times in 2 hours. I couldn’t begrudge him that though, especially when the itchiest ones seemed to be on his bum, the poor lad.

Amazingly though, after that first morning, he hardly asked for lotion once – my current theory is that either the sea air or the distraction of the holiday made him forget to itch. Or it could have been the Arctic-cold winds that we were stood in for most of the week, as we walked around islands and travelled in boats. Whatever it was though, it was a bloody miracle!

Whilst the itching didn’t bother him too much, we DID get a few funny looks as we dragged a spot-covered boy around from island to island – though thankfully nobody complained or threw us out. Luckily he ‘scabbed-over’ quite quickly, so we didn’t have the worry of a contagious child for long, and he put up with the occasional stares from strangers very well.

By the time we got home on Saturday, his spots had almost completely cleared-up – though the prospect of Freddie now getting it is a certainty (the first few spots appeared this evening!) and without a holiday to distract him, I’m waiting with a mixture of hope and dread to see how my opinion of Chicken Pox has changed by this time next week…!

Oh well, at least it’s one infamous childhood illness we can tick off the list. NEXT!

1 thought on “Fatherhood²: Chicken Rocks, but We’ve Got The Pox!”