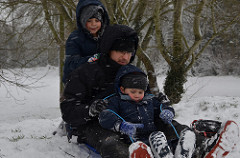 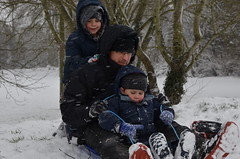 There are many complex decisions that we make in parenting that influence how our kids turn out. How best to nurture our precious ones, make the best of their potential and ensure they are as happy as possible – it’s tough for us as well as them!

One that plays on my mind a lot is driven by one of my eldest son’s most prominent characteristics: Toby is monumentally competitive. Firstly, is this a feature that has been encouraged in him or is it just his personality? That age old question. Even watching him grow from 8 lbs 6 oz to a chunky nearly-6 year old I am not sure, but I suspect the nature end of the nature-nurture spectrum. That’s a hunch supported by evidence from a small sample size: his younger brother is not nearly so eager to win.

Aside from this, what is the best way to deal with such an obvious element of his character? One side of me wants to encourage his competitive streak, to ensure that he becomes as successful in life, in his chosen profession, in sport and every other aspect of what he will become. However, I don’t want him to grow into a ruthless git, willing to strike down all others on the way to victory. As any other parent, I want him and his brother to grow up to be as dignified and magnanimous as possible.

Being a bad loser comes hand-in-hand with this competitive nature. The overwhelming disappointment that comes from finishing second at snakes and ladders or not scoring a scorcher at footie on Saturday morning sometimes takes time to get over. And it’s usually another challenge of sorts that eventually manages it.

His mum and I will guide him as best we can. He now readily shakes my hand after beating me in the garden (I’m already past the point of letting him win!), although sometimes only after several laps of honour and a gentle reminder. And he has an uncanny knack of avoiding those snakes and shooting up those ladders. I guess he will become what he wants to, and I am looking forward to enjoying it with him and the rest of our Team!

David Mould lives in Oxfordshire with his partner and two boys – if you want to share any advice with him, you can tweet him on @djmould1980 on Twitter