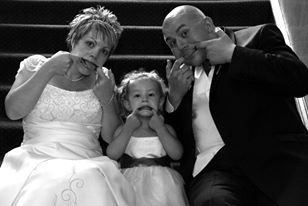 As a blogger, I often find myself worrying that I’m getting too stuck in my ways or narrow minded – blogging isn’t exactly a very good forum for discussions. So I like to bounce ideas and get feedback from other parents once in a while. One of my favourite places to do this is Facebook, where many of my parent-friends are. It was on Facebook during just one of these discussions that I realised there was something missing from my blog. Namely: other parents.

Sure, I host the odd guest blog here and there – though they’re usually a struggle to persuade people to do. But I don’t have any other REGULAR contributors – and one of the obvious (at least I’m now realising!) reasons for this is writer’s block. When I ask for guest posts, everyone responds “I’ve no idea what to write about” – which I’d probably also do in their places.

So, I decided to form a panel! I’ve been lucky enough to have several parents agree to join said panel (and I’ll happily add more, if anyone is interested) and I thought I’d start us off with a few posts about one of my favourite subjects: children’s TV. It seemed ideal – all parents have an opinion, and luckily most of them are quite amusing. So over the next few weeks, I shall be asking my panel to review a few of the most popular children’s TV shows which our children all watch at the moment. If you’re a fellow parent, you’re bound to find one of them that you agree with – and even if you’re not, the rants might amuse you.

Before we go for Post 1 though, I thought I should introduce you to the panel I have selected. Here they are:

Phill is dad to 9 month old Jess with his girlfriend Sarah, both friends of mine from school days. Phill works in online marketing in Sheffield, and is never short of an opinion when it comes to kids TV, recently describing Cbeebies-favourite Mike the Knight as “a jumped up little shit”.

Morgan is mum to 17-month old Ernest, wife to Steven and another friend of mine from school. Morgan has all sorts of exciting showbiz connections, most of which she has made in her work as an award-winning Playwright and comedy writer.

Morgan lives in London, and her specialist subject in Mastermind would probably be “coping with kids who don’t sleep well”…

Gemma is mum to 8-month old Ellie, wife to David Bailey (not that one) and a friend of mine through my wife. She is currently a stay-at-home mum, though before that she was a project manager – her current project being motherhood.

Gemma’s Facebook posts frequently contain diatribes about the problems with ‘In the Night Garden’ – one of the reasons I thought she was excellent for the role!

Jon is dad to 4 year old Poppy and 1 year old Isaac, husband to Andi and a friend who I met through pre-natal classes.

Jon works in something legal (I’ve never really figured out what, but then I barely understand what my dad does really!) and has a lifetime ambition to do one of those “kill a zombie in an empty building” evenings. He’s never short of an opinion about kids TV either.

Emma is mum to 15 year old Naomi and 5 year old Eliza, wife to Alexis and a friend who I know through said husband. She is never short of an opinion or two on Facebook, and took part in what is believed to be the world’s most-delayed piece of work in her infamous MOTD ‘packaging study’.

If we were in Game of Thrones, Emma’s daughter Eliza would have a marriage-pact with my son Robert.

So that’s the panel. Coming this week: Review 1. “In the Night Garden”…

2 thoughts on “Fatherhood²: Introducing The Panel”