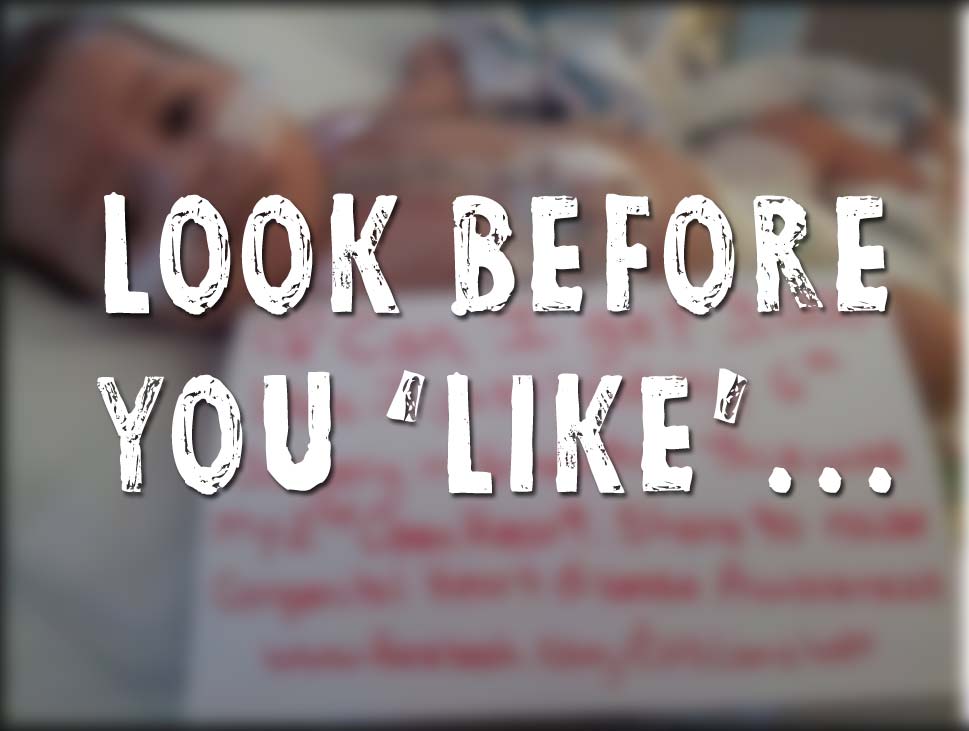 There’s a scam on Facebook lately which you may not be aware of, but you may inadvertently be helping to propogate. Like all of the best (aka worst) scams, viruses and evil schemes, Facebook “Content Farming” relies on the kindness of strangers to help it spread, and plenty of you are falling for it – often without even realising what you are doing.

If you aren’t familiar with content farming, here’s the ‘in a nutshell’ definition: A social content farm is a Facebook page which is setup with the aim of gaining millions of likes, massive engagement and thousands of ‘shares’ – with the end game of having a page which they can then charge big money to advertise on. These content farms steal content from genuine content creators (often removing the credit or watermark) and share it on their page – hundreds of pieces a per week. These photos are then liked by the public when they see them appearing in their feed – usually as a result of a friend liking the picture, which increases it’s virality.

Most people don’t realise they are helping to make these pages rich because they don’t check the name of the page which is sharing the image – often clicking ‘Like’ and ‘Share’ without even clicking the image. Whilst this might seem like a harmless click, by doing this they are unwittingly helping to make a nefarious page-owner rich, whilst simultaneously screwing the original content creator out of any credit or benefit.

Whilst this is an annoying trend, it gets worse when you involve children – or worse still, sick and unwell children. That’s when it really gets my goat – as a father, the exploitation of children (in ANY way) makes me sick to the stomach (as I hope it does most people). Here’s an example, which I spotted in my feed this morning:

The following photo is (as far as one can tell) of a baby named Liam, who recently underwent major surgery on his heart. You can see from the slip of paper being held in front of him – Liam’s parents were keen to raise awareness of poor Liam’s plight, sharing a Facebook page of their own and encouraging viewers to like the photo.

Whilst I’m not entirely convinced of the benefit such a specific like ‘Aim’ (hey, at least it didn’t say “1 Like = 1 Prayer” or other nonsense), the intention seems pure. So it is rather disheartening to discover that the photo appearing in my feed – with over 1 MILLION likes – isn’t being shared by the aforementioned page at all, instead being shared by a content farm called “What Does Your Name Mean?”.

Yes, choosing to exploit the plight of a small child for their own gain, the content farm has stolen the photo and posted it on their wall. And before anyone says “But they left the message on there, to ‘raise awareness’ for him”, I should point out that most of the content they share has the attribution removed. They’ve not even provided a link to Liam’s Facebook page – so any suggestion that they are being kind by sharing it is utter toss.

So how does this stolen content help them achieve their aims? Well, it all comes down to the way Facebook decide how to show content in your feed. Because Facebook contains literally millions of pieces of content each day, your Facebook ‘Feed’ has to use an algorithm to choose which pieces to show you – otherwise most peoples feed would be a non-stop churn of never-ending content updates. Facebook does this by factoring in certain metrics, including:

As you can see, heart-wrenching content like Liam’s photo ticks all the boxes – and has helped to gain over 400,000 fans for the (frankly appalling) Facebook page which posts it. Contrast that to Liam’s own page, with a still-impressive 27,000 fans, and you can see who is getting the real benefit here.

Sadly, there are hundreds of other examples of this going on – often involving children who deserve much better in life than to be exploited by a Facebook page. The Huffington Post cited one example this week, in the story of a father who noticed his photo of his sick daughter had been hijacked – and who attempted to raise awareness for her plight in the comments. Daily Dot had another great example, with the content in question being the fashion creations of an amateur fashion enthusiast – which were being stolen by a page with almost 3 million members on a daily basis.

So, what can we do about this? Well, for starters you can click ‘Report’ on the page in question, to tell Facebook that you don’t like what they’re doing. If the image is blatantly stolen and they’ve left the credit on the photo, you can contact the copyright owner and make them aware of the theft. But most importantly, you can refrain from sharing these images on your own timeline when you see them – and let the people who shared it with YOU know what is going on. Sadly, that’s probably the only way we’re going to stop these children from being exploited.