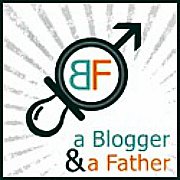 Around six months ago, I was invited to be a member of a growing Facebook group, specifically for Dad bloggers. In those six months, the community has grown to well over 400 members – which is both a blessing and a curse…

Whilst it’s great to network with and learn from so many great bloggers, I’ve also developed a serious case of blog envy. Some of these guys are total professionals – we’re talking daily posts, hundreds and thousands of readers, magazine columns, books – you name it, these guys have done it.

So, while I’m using the group as a source of inspiration – to make myself a better blogger, as well as a better father – I thought I’d cave to inevitability and share some of their brilliant blogs with you. They’re all interesting and brilliant in their own ways, so I only hope you’ll remember me when you hit ‘Like’, ‘Follow’, ‘Subscribe’ or ‘Bookmark’ – and come back often, because there are lots more to come!

Without further ado (and in no particular order!) here are 4 great dad bloggers who you should be reading and why:

It seems only right that I share Oren’s blog first, as he was the brains behind the Facebook group. Oren has been a Stay-at-home Dad, spent time living here in England (ask him about his rock star years!) and currently resides in Baltimore – though he frequently missed my quotes from ‘The Wire’, so he’s clearly not THAT committed.

He writes great posts though, so you should give him a whirl and read about his exploits…

John has been blogging since 2010, dishing out answers to some of the big Dad problems – though he claims he doesn’t do ‘advice’. He certainly does ‘Funny’ well though, and frequently makes me laugh with his pithy observations and stories from his life.

His wife even guest-posts occassionally (you hear that, sara?!) which offers a great slant on things. Go check out his blog, you’ll thank me for it.

Eric – Dad on the Run

Eric’s blog is extremely funny – as a full-time ‘Stay at Home’ Dad he has a take on parenting that often makes my head spin (as a full-time work dad, I’m also insanely jealous of him).

He actually wrote a post this week (about the common themes of dad blogs) that I intend to use as a template for my blog posts for the next few months – so you should probably read that, so you know what to expect from me this month!

Aaron used to be a newspaper reporter, so his writing is pretty slick – he lives in Massachusetts with his wife and two sons. As Aaron will be the first to tell you, he endeavours to cover ALL aspects of parenting – not just the good times, but the challenges, the fights and the lessons he learns. I highly recommend having a read!

If you want to start off with a great example of his style, I can recommend the post ‘Dads are not Idiots‘

So there’s four to start you off with – there are dozens and dozens more who I could (and will) recommend in the coming months, if you haven’t found them by yourself already. Hopefully 4 should get you started for now though!

5 thoughts on “Fatherhood²: Four Dad Bloggers Who Are WAY Better Than Me, Part 1”