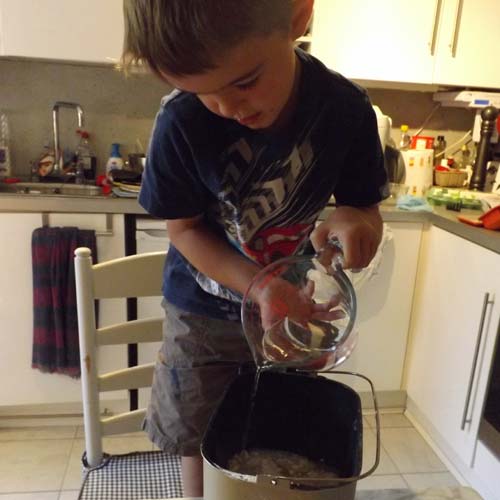 For the past 6-7 months, our house of 9 years has been on the market. Having lived here since 2004, we’ve decided that it’s time to move to a slightly bigger house – both to accomodate our expanding family and a slightly less cramped lifestyle.

Sadly, the property market as it stands means we can’t afford to buy bigger. So we’ve taken the slightly odd step of deciding to jump off the property ‘ladder’ for a while, and move to a rental house. As luck would have it, what we’re currently paying for our 2-bed mortgage can get us a 3 – maybe even a 4 – bedroom house here in Reading. So the down-side of losing our ladder-footing is more than made up for by the ability to get a bigger house – something we desperately need at the moment.

About 2 months ago, we finally got an offer that stuck (well, so far anyway!) and we’re now well into the process of selling. We’re almost at contract exchange stage, so we’re now looking at houses with slightly more seriousness than we have been before.

In all this excitement, I’ve had a quiet, nagging doubt in my mind for the past few months. Namely: How will the children react to the move, and what can we do to help them? This is the house both children were born in (well, technically that was the hospital – but you know what I mean!) and have lived in ever since – so will they accept a new house easily?

To give you a little context, I’ve always found moving house a scary prospect. Between the age of 0 and 18, my family moved house just once – and whilst it was (in hindsight) a relatively easy process, I still had nightmares about the move (or more accurately, the prospect of another move) some ten years later. Naturally, the move from home to university (and beyond) meant I had to get pretty used to it – between the age of 18 and 33 (now!) I’ve moved house 6 different times – so I’d like to think I’m a little more used to it now.

It would be foolish of me to think that my children won’t have a touch of my moving scaredness in them – Freddie in particular is turning into a bit of a mini-me (though a lot cuter) and Robert is a fairly nervous child. So I’m getting quite nervous about how they’ll take to the move.

In some respects, the long period of having the house on the market – accompanied by a 6-month packing-up of our stuff – has helped. Robert claims he is looking forward to having a bigger room and a more child-friendly garden, and Freddie is fairly open to the concept (as far as one can ever tell with a 2 year-old!). But I’ve heard a few horror stories about children who resented a big move – and having my own history of post-move dread (when I was only a year older than Robert is now) means I’m keeping a close eye on how they’re coping.

Some of my fellow dad bloggers have been kind enough to offer some tips based on their own experience, some of which I have already started to factor in to the move. Hopefully it’ll all go a lot more smoothly than I’m anticipating and I’ll have a great blog post to write at the end of it – keep your fingers crossed for that one! But if you’ve experienced a house move with small children in tow, and have some tips of your own, I’d love to hear them! Leave me a note in the comments and you might just save me some future hassle!

3 thoughts on “Fatherhood²: Getting Ready for the Move”