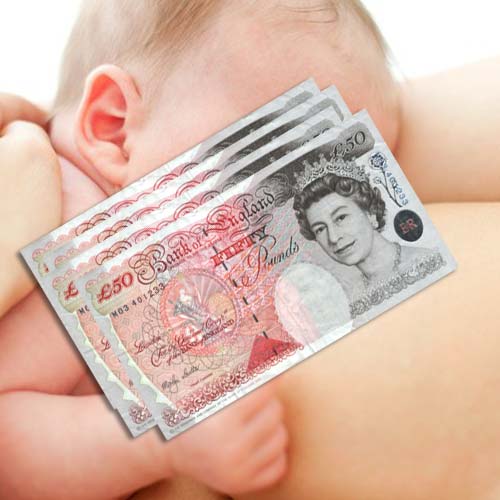 If you haven’t been keeping up with the news today, you may have missed one of the stories which has been causing a stir. Here’s the ‘in a nutshell’ version – but if you want to know more before reading my argument, the BBC have a very good take on it here.

Doctors at Sheffield University are about to trial a scheme where new mothers in certain parts of Yorkshire will be offered up to £200 in shopping vouchers as an incentive to breastfeed their baby for up to 6 months. The scheme is apparently designed to give mums an incentive to BF their children, in response to the fact that the UK has one of the lowest rates of breastfeeding in Europe. Whilst between 50-80% of mums breastfeed in the UK as a whole, in some parts of the country it is apparently as low as 25% – so this is supposedly the answer to that.

Now, if you’ve been reading my blog for a while, you will know that my wife and I had a couple of varying experiences with breastfeeding our children – and I subsequently feel very passionate about the subject (read: “Things I’ve learnt along the way – Midwives“. So it might not surprise you to know that I think this new scheme is a TERRIBLE idea. But rather than just rant at your indiscriminately, I have (with some help from some of my excellent Facebook friends) made a tidy list.

So, without further ado, here are 10 reasons why I think this scheme is terrible.

1. It is ignoring the real benefits

By making the focus of the “pro breast” argument financial, you are completely ignoring all the other well-proven and widely accepted benefits of breast feeding. Shouldn’t the apparent benefit to yours and your child’s health be enough?

2. It hides the real ‘cost’ of formula feeding

If you believe that money is so appealing to a new mum that she would be swayed by a £200 voucher, you’ve clearly never fed a child on formula milk. Over the period that we fed Robert on formula milk (and before you judge us, read this: Feeding time at the zoo) we EASILY spent more than £200 on formula. Breast feeding IS the cheapest option.

3. Creating a false reason to have a child

By giving mums a financial incentive to breast feed, you’re adding yet another financial incentive for people to have more children. It may sound silly, but if you’re looking at a family who keep having children because our benefit system makes it viable, adding an extra reason may well persuade some of them to churn out a few more sprogs.

What about the mothers who CAN’T breast feed? As much as the “breast is best” busy-bodies would like you to think anybody who doesn’t breast feed is being lazy and selfish, there are lots of reasons, both medical and otherwise, why a mother might not be able to breast feed. Are we going to penalise them now too?

5. It could add failure to the pile of worries

How about the mums who make every effort going to breast feed, but for reasons out of their control their milk dries up after 6 weeks? Not only do they have the stress and anguish of not being able to do something that every doctor is telling them will make their child happy and healthier, they now have yet another reason to stress-out?

Let’s not forget the other people who can’t breast feed either. Women who have had mastectomies? People who have adopted their child, or perhaps fostered? Now we’re making them miss out, despite the heroic efforts they are putting in with their children. Nice – real classy.

How exactly are the midwives and health visitors who visit mums going to prove whether or not breast feeding is occurring? The woman I saw being interviewed about this in the news today claimed midwives “would just know”. Well that’s reassuring isn’t it? As far as I can see, they’re going to have to go one of two ways: Either err on the side of trust, and make the system easy to cheat. Or risk calling a lot of genuine and honest mothers liars because they don’t pass a certain strict test which the midwives are made to use. Neither of those sounds very appealing to me!

Presumably, to be a fair and just system, this needs to be offered to all mothers – not just the ones who were “unlikely” to breast feed (after all, how could you possibly police THAT?!) So if we assume this trial DOES get rolled out nationally – where, according to 2010 figures, 50-80% of babies are breast fed – you’re going to waste a LOT of money paying people to do something that they would have done anyway…

If this ‘works’, where do we stop? Should we pay overweight people to diet maybe? That would save the NHS money (one of the reasons being touted for paying mothers to breast feed) for sure. How about paying them to stop smoking? Or paying people to not have accidents – a “no claims bonus” for the NHS if you will? No? That sounds stupid doesn’t it.

Whilst I had PLENTY of great suggestions from my friends and family, I’m sure there are plenty of other issues to the debate. What have I missed out? Maybe you agree with the idea and think the benefits outweigh all these arguments? Let me know in the comments, please!

5 thoughts on “Fatherhood²: 10 reasons why paying mums to breast feed is a horrible idea”