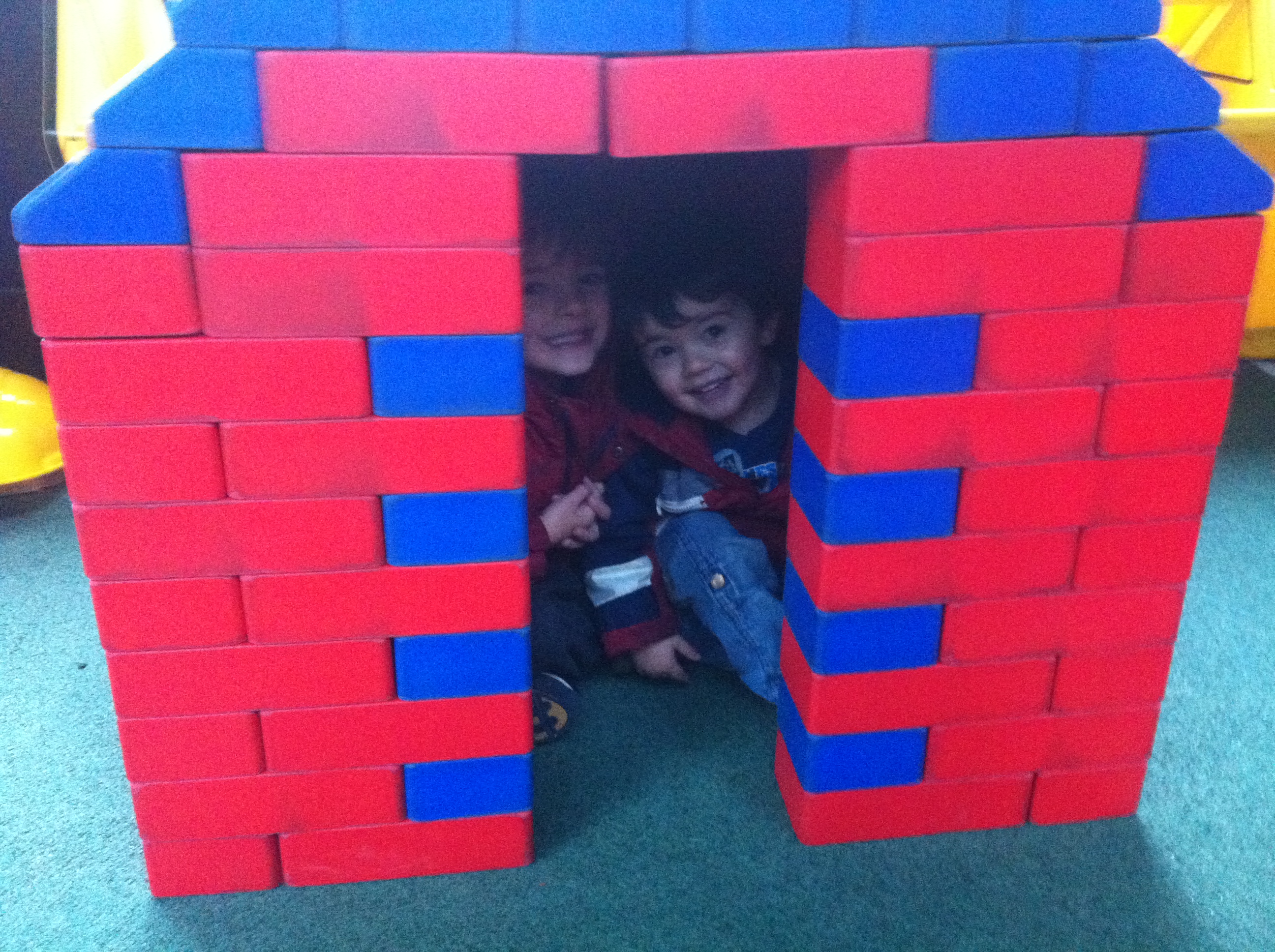 Over the Christmas holidays, I made a slightly disappointing discovery about myself – and it was facilitated by some giant Lego bricks. I know that sounds like a Buzzfeed-headline in the making, but it’s true – and here’s why…

After the rush of Christmas, we took the opportunity of a few days off work to spend some family time doing fun things – and one of them was a trip out to local nature-based attraction ‘The Lookout‘.

For those of you not familiar with Berkshire’s finest family attractions, The Lookout is a science centre set in Bracknell Forest, which boasts some very entertaining exhibits and hands-on games, and has always gone down well with our children.

Upon making our latest visit, I was excited to discover a few new exhibits – including a MASSIVE expansion of their collection of giant rubber Lego bricks. I should probably clarify at this stage that these may not actually be Official Lego, but to all intents and purposes they are approximately 8 inch-long rubber Lego blocks.

Whilst they’ve had a small collection of these bricks for a few years now, they’ve recently expanded to include an entire room devoted to them – including a full-size scaffolded-house which you can construct from them, along with a roof which you can tile. All-in-all, a very popular addition, and one which I’m proud to say my boys were VERY excited to see.

As those of you who know me might be imagining, I obviously got involved in the construction too – gleefully helping Robert to construct a small house which him and Freddie could get inside. It was at this point that we met THE BOY in question – and the hatred began to cloud my vision.

The Boy had entered the building a few minutes after us, loudly told by his parent and/or guardian upon entry “Try to behave yourself this time – we don’t want you getting chucked out again!” It was at this point that I made a mental note to steer-clear of said miscreant. A plan which was going well until he turned up in the construction area.

As Robert, Freddie and I were finishing off the roof of our little bungalow, The Boy ran up to us and started kicking at our structure. Being a nice and gentle chap, I started by politely asking him to stop – a request which he responded to with a gleeful “When can I smash this house up?”.

It was at this point that the realisation struck me – with only 7 little words, I began to hate this little bundle of destruction – and it made me feel utterly disappointed in myself. After all, how can a grown man feel hatred towards what couldn’t have been more than a 7 or 8 year old boy? How crap is that?

Thankfully, after some very tersely-worded admonishments, The Boy left us alone and headed to the roof of the scaffolded-structure to ruin another child’s work, flinging roof tiles from the frame with reckless abandon – making at least 2 other children run to their parents in dismay.

I’m afraid the story doesn’t get any more interesting from this point – I didn’t exact my revenge on the pint-sized punk later on in the day. Indeed I kept on trying to avoid him and managed quite successfully to eject him from our day. But the realisation that I was so quick to hate another child stayed with me much longer than a day, and I still feel slightly disappointed in myself today.

My first response to this new-found realisation was to reason that some children are creators, while others destroyers. But even the most casual of observations of my own children would reveal that they often enjoy the latter just as much as the former – though certainly not to the extent of The Boy.

After much ruminating, I eventually concluded that my disdain for this child was probably just human – if not ideal. Apart from a few terse (yet polite) words, I didn’t show my dislike for him in any obvious way, and I certainly don’t remember enough about the little turd to hold a grudge. It hasn’t done either of us any damage, and hopefully I’ve grown a tiny bit as a person as a result of the exchange.

But it certainly made me take a look at myself for a little while. Though I should warn any of you who might want to get into the same situation with me yourself – if you try to smash-up my Lego house before I’ve even finished it, I WILL talk tersely to you. Don’t say you’ve not been warned…

1 thought on “Fatherhood²: The Giant Lego That Made me Hate a Child”