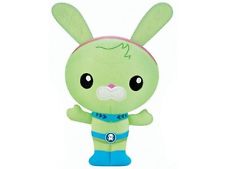 Don’t worry, I haven’t gone mad and decided to explain the birds and the bees to my 2 and 5 year old – this is a completely different type of sex conversation…

As I sat with the boys last night, ready to read our usual 2 bedtime stories, I was chatting with Robert about one of his favourite topics – the Octonauts.

Robert and Freddie are big fans of the Octonaut gang, and they have several action figures and vehicles from the toy range. Several of these figures were laying strewn on the floor, so I was encouraging the boys to tidy them up before we commenced story time.

While doing so, the following conversation took place, which I don’t mind admitting surprised me more than a little:

At this point, I had several explanations in my head, most of which I realised would lead to more confusion. Those explanations were as follows:

1) “Look, she has a pink ribbon in her hair” (or should I say bunny ears?) – I don’t want to go down this route, as I don’t want Robert thinking pink is “a girl’s colour”.
2) “Because in the TV show, she has a high voice” – Aside from being more than a little contentious (all the Octonauts have different accents, so telling the difference is a whole other can of worms), again, I didn’t really want to associate the pitch of a voice with sex.
3) “She has a girl’s name” – Because let’s face it, she’s called Tweak. Who else is called Tweak?!

For those of you not familiar with the Octonauts, Tweak is the (female) bunny engineer of the Octonaut team – she builds all their ships, fixes their gadgets and is generally a fantastic female character in a largely male crew. Whilst her sex clearly doesn’t matter to my 5 year old son, I kind of want him to appreciate her gender so that he feels the benefit of the characterisation – if that makes sense?

Anyway, the route I chose to go down instead was a literary one. I grabbed the nearest Octonauts book from the shelf, found a passage about Tweak and showed Robert (who is coming along well with his reading) some of the pronoun words which surrounded her name. “Tweak entered the HQ, where SHE met the captain” – that sort of thing.

Now this was apparently a revelation to Robert – I’m not sure whether it’s something they’ve never explained at school, or perhaps Robert was just playing the innocent, but learning this was clearly new to him.

For the rest of the book (and the novelty still hasn’t worn off today, a day later) Robert met every “him” or “her” in the books we were reading with “So that is a boy?”, “She is a girl!” – thankfully, he picked it up very quickly.

I could well be acting naive here, but I was utterly amazed that Robert had got this far in life – nearly 6 years old – and never made this connection. But having realised that he clearly didn’t think much about what sex these characters were, it both heartened and saddened me.

I was happy because I realised his little innocent mind clearly doesn’t differentiate between the sexes in any of the classic ways – which gives me hope that he hasn’t yet been influenced by some of the biases and unfairness which our society imposes on children.

But then I was saddened to realise this childish innocence probably won’t last much longer. Now that he knows the difference (on a more complex level than just “I know she’s a girl, as she told me”) he won’t fail to start seeing the ‘differences’ and to form those biases that society (and my own field – marketing) will teach them.

Hopefully we as parents can do our best to ensure we steer our children away from any of the biases and sexism that we know to be wrong – and surely knowing the issue is half the battle.

But it was a reminder of the magical innocence of youth – and made me want to make it last forever!