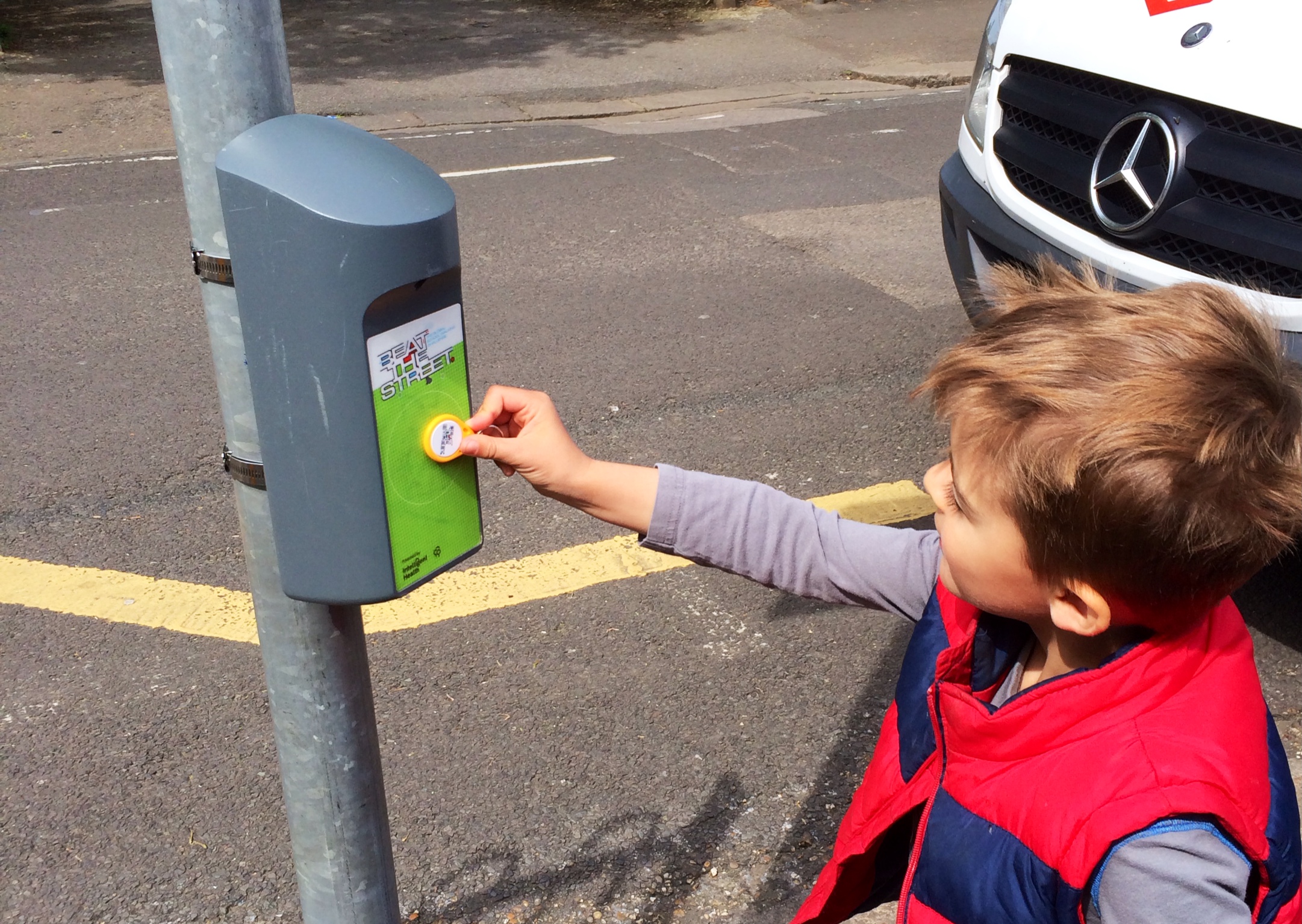 Robert came home from school last week with a small plastic fob, which upon further investigation we discovered was part of a new initiative in Reading called ‘Beat the Street‘.

Despite my initial scepticism, I was delighted to find that BTS seems to be a very well-thought-out and excellently implemented project to promote exercise and healthy living – but without being dull and gym-based, like these things inevitably often are.

Simply put, Beat the Street have put over 100 ‘check-in’ boxes around Reading (mostly attached to lamp posts or street lights) and challenged the children of its schools to clock-in enough miles to get to the moon (over 280,000 apparently).

All they need to do is tap one of the boxes at the start of their journey (either by bike, scooter or on foot) and then tap any others they see – which allows the system to work out how far they have travelled.

As well as the month-long totaliser, each school (or library – as well as a few other organisations) can keep track of their miles and they’re being encouraged to compete for a selection of incentives.

As somebody who spent months and months obsessing over check-in apps like Gowalla and FourSquare, the competitive and technological setup of BTS appeals to me greatly – and it appears Robert has caught the bug too. At least if this afternoon was anything to go by!

We’ve only had the fob for a day or two (the challenge lasts until the start of June) and we’ve already checked in at almost 20 of the boxes – clocking up a number of miles in the process. Below you can see a few photos from our travels!

At the end of the afternoon I managed to find a place that was giving out card-fobs to grown-ups too, so I’ve now got my own card and am registered to support Robert’s school in the challenge.

2 thoughts on “Fatherhood²: Beating the Streets in Reading”