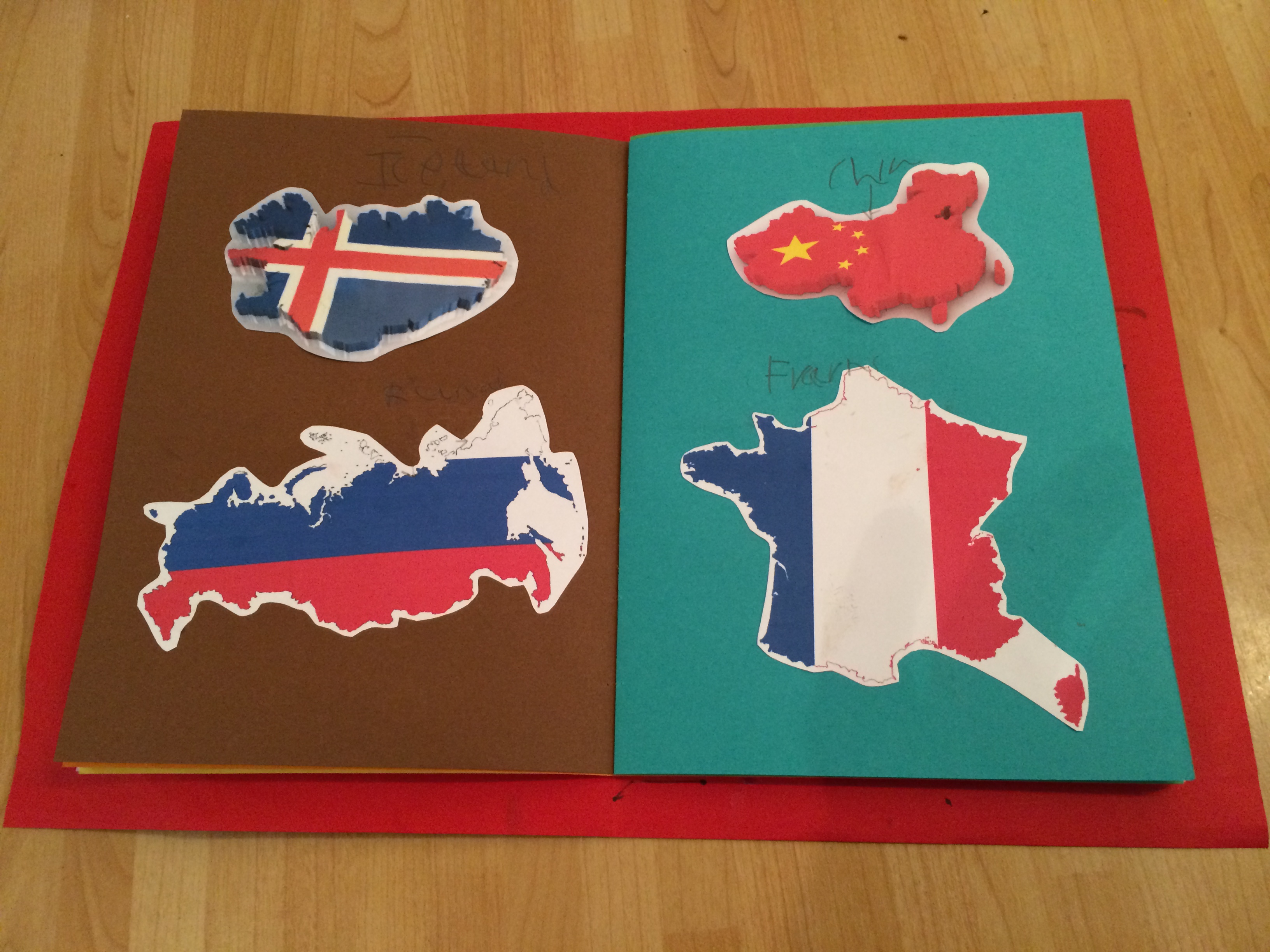 After a recent burst of interest in geography (hardly a surprise given his mother’s line of work), Robert has become very inquisitive about the world.

So much so that he has now started his own book of world facts and figures, and is planning which countries he’d like to visit when he’s older.

This latest interest probably started a few weeks ago, when I decided to construct a new pin-board for our kitchen – and decided to make it a world map to make it more interesting.

You can see the results of my craft session to the right, and once we’d put it up we proceeded to mark up all the countries we’d all been to – as well as creating a pin-based wish list of countries we’d like to visit in the future.

Evidently this captured Robert’s imagination, and through a series of LONG question sessions (or should I say inquisitions?) and the discovery of several child-friendly map books on his shelf, he has set about learning everything he can about the world.

From the origins of the commonwealth to the world’s tallest building – Robert is trying to absorb as much as he can. So much so that his poor teacher – presumably having been bombarded with facts after each of his inquisitions with us – set him some extra homework and asked him to collate all this knowledge in a book of his own.

You can see a few of the pages below – witness my son’s amazing geography nerdiness! Clearly his spelling needs a bit of work, but Sara translated a few of his bullet points and they include the following:

I should probably point out that a lot of these ‘facts’ were garnered from his mother and I, and some of them MAY have been given in a slightly “Oh god, not ANOTHER question” type way. Hence my reduction of the source of World War II to “basically the same as the first one” – so apologies to anybody who might be offended by my ignorance!

If I’ve learnt one thing from this whole exercise, it is that 5 year olds absorb and remember way more of what you say than I ever realised. Which can obviously be used for good, but does make you worry slightly too! Hey ho.

Here’s his handy work. Long may it continue!

1 thought on “Fatherhood²: My Son, the next Michael Palin?”