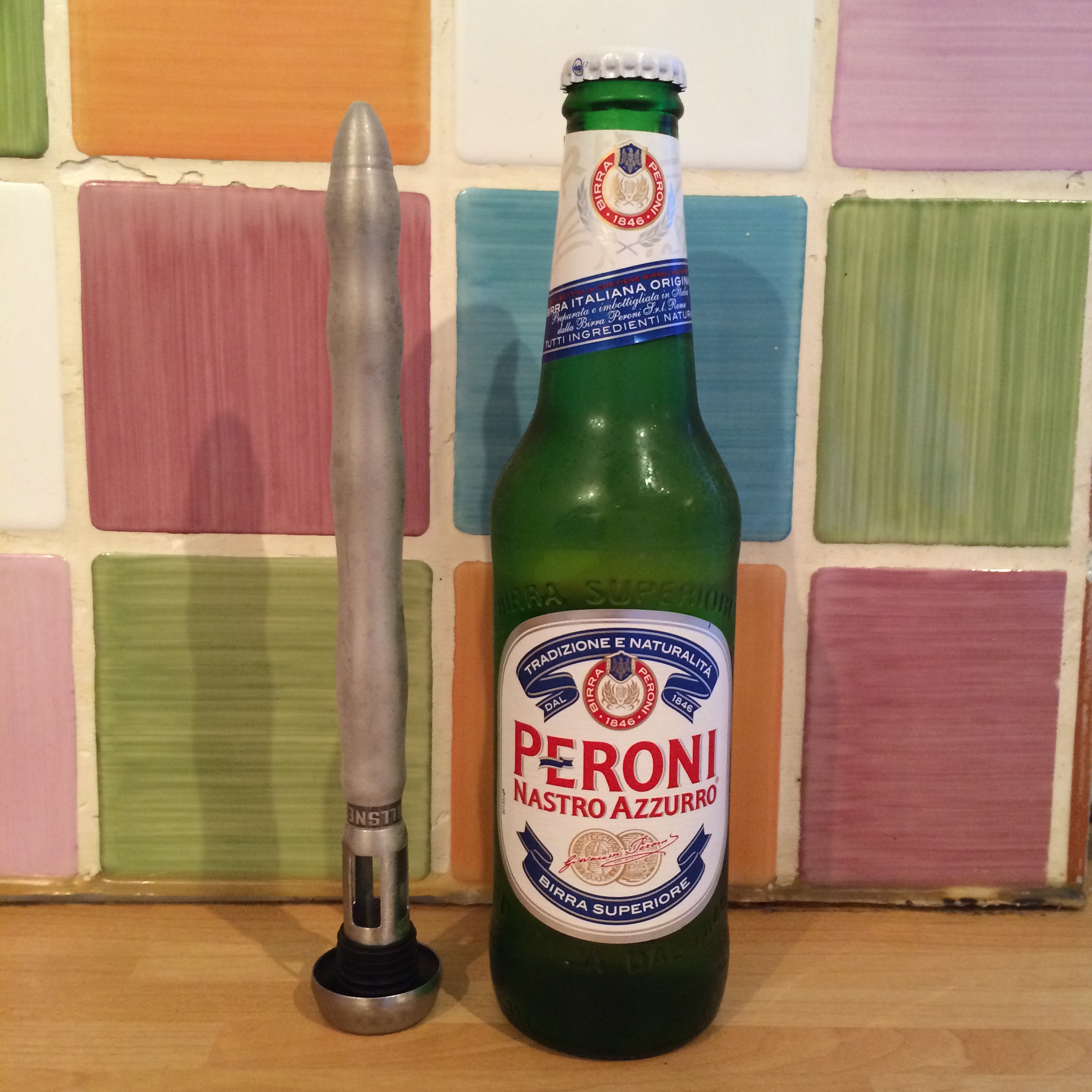 I’ve been the proud owner of a Corkcicle wine cooler since Christmas, when I saw it in a quirky shop while shopping in London.

So when the people that make them contacted me and asked me to review one, I was quick to point out that I had one and was already sold on it’s magic.

Thankfully though, they’ve now gone one better and invented an equivalent for beer drinkers – the brilliantly-named ‘Chillsner‘. So I told them to send me one of those and I’d see if it lived up to it’s predecessor’s charms.

For those of you who aren’t familiar with the products, the Chillsner and the Corkcicle are both designed to keep your drinks cold. The Corkcicle (as the name would suggest) pops into a bottle of white wine (once you’ve stuck it in the freezer for a few hours to freeze it) and keeps your wine of choice nice and cool.

I’ve used it with dozens and dozens of bottles in the past few months (I know, the things I do for a review, eh?) and I can honestly say that it works a treat. The only thing you need to remember is that it obviously displaces a little bit of wine when it goes in – so avoid sticking it in a freshly-opened bottle without first pouring a small glass!

The Chillsner does pretty much the same thing for beer, with one brilliant exception: rather than having to keep removing it whenever you want a swig of beer, the top of the Chillsner is hollow – allowing you to drink right through it. GENIUS!

In order to be fair and honest, I decided I’d better do some pretty thorough testing – just like I did with the wine.

I’m pleased to say that after a dozen or more beers (I know, I know) it kept on working like a charm – all my beers were the perfect temperature and tasted lovely.

The even better part with the Chillsner is this: you get two in every pack. So you can always keep one chilling in the freezer while you use the other. Simple, yet brilliant.

I’m sure you’ve got the gist by now: I like these. A lot. Go buy some for the dad in your life.