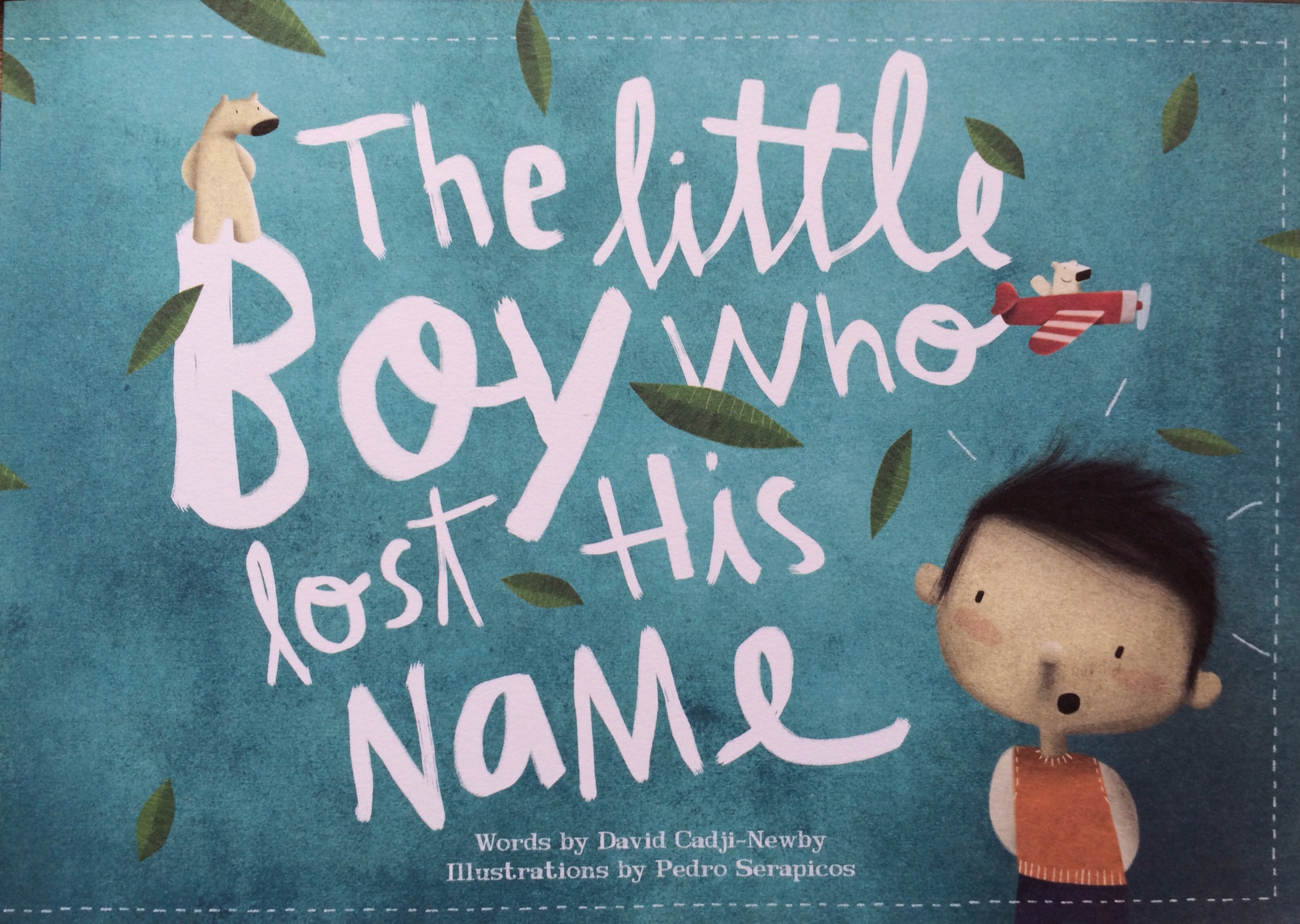 I quite often get asked to review books for children. Books that are written for children, I mean – I don’t get kids coming up to me in libraries asking me to summarise ‘The Hungry Caterpillar’ – that would be silly. No, I often get asked whether authors can send me a copy of their latest tome to review, most of which I end up skipping over because they’re the wrong age bracket or (frankly) look a bit rubbish.

When the makers of ‘The Little Boy Who Lost his Name‘ got in touch, though, they managed to pique my interest by offering to create a personalised copy of their book for my 2 boys. Good start!

As it turns out, my boys aren’t quite as special as I might have thought – it turns out that personalising the book is the ENTIRE raison d’etre behind ‘The Boy Who Lost his Name’. And boy oh boy have they done it fantastically.

Now I should point out for the passionate bibliophile that I’m going to somewhat spoil the ending of the book here, so if you want to go in cold, stop reading now and head over to order a copy. Believe me, you’ll be pleased you have.

The basic premise of ‘The Little Boy Who Lost his Name’ is… well, the title puts it right on Front Street really. He’s lost his name, and he goes on a quest to find it – meeting a variety of characters along the way who help him to remember it, offering up clues in the form of letters.

When we read Freddie’s copy to him, it only took Robert about four pages before he clocked that the letters were gradually spelling out ‘Frederic’ – yep, that’s right – the boy’s name in Freddie’s copy is Frederic.

When we read Robert’s copy the next night, I kept the surprise a secret – as far as Robert knew, we were just reading the same book again. So as the story changed, new characters were met and new letters offered-up, Robert was utterly amazed – this time, his name was ROBERT! Surprise!

Yep, every copy of this book is personalised to your child’s name – whether they’re an Aaron or a Zachary, a Lloyd or a Liam. And the girls aren’t left out either – you could literally select any name in the world, and the story you are sent will be unique to you.

But let me be clear here – we’re not just talking about some crappy “find and replace” job. We’ve had a couple of ‘Personalised’ books before, where the child’s name was substituted for one of the characters, and occasionally the look of the illustration can be personalised too.

But in this case, the entire flow and narrative of the story changes depending on the name. You don’t get any repeats either – as you can probably see, Frederic has 2 R’s and 2 E’s – and both are illustrated with different and beautiful pages. I don’t know for a fact, but these guys must have at least 2 or 3 pages for every possible letter. It’s a real labour of love.

To make matters even better, the illustrations are utterly beautiful and the story is excellently written – I can’t reiterate enough how nice a story it is.

As you can tell, we’re pretty smitten with this book – our copies are sure to be in rotation at bed time for many year’s to come. I suspect I’ll be ordering a few copies for friends and relatives birthdays this year. Just make sure you give them your child’s full name – order a copy for ‘Al’ and you’re getting a much shorter book than ‘Christopher’ will be getting! :D

Take a look at the video they’ve got on their website to find out more:

2 thoughts on “Fatherhood²: Review – The Little Boy Who Lost His Name”