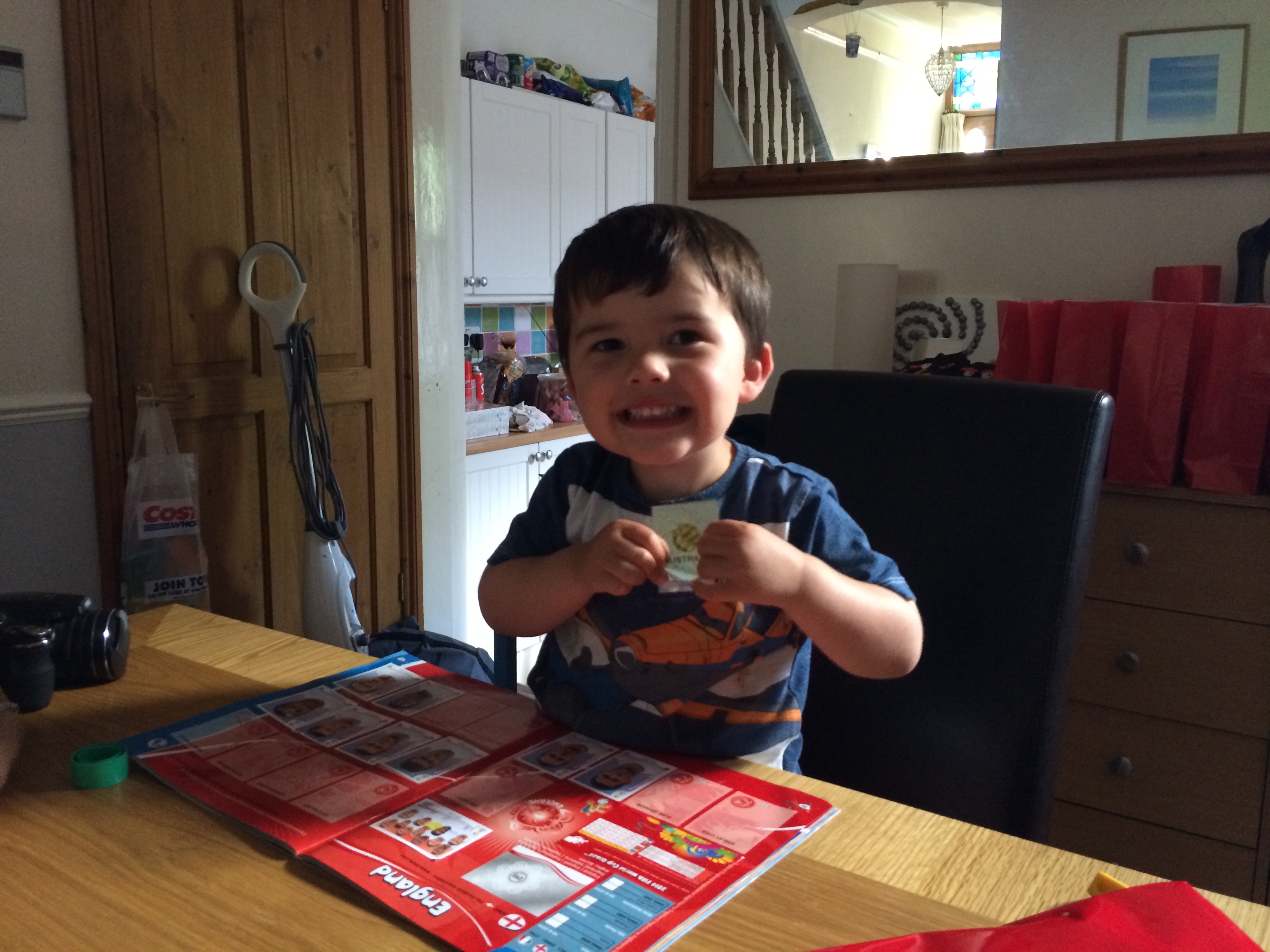 My name is Henry and I have a worrying addiction – and now that I seem to have passed it on to my children, it’s time to come clean.

It’s not really surprising that my children have developed my addiction as well – I first developed my own habit when I was about their age. At the age of 5 or 6, my addiction was mostly fed by my parents or occasionally (if pocket money would allow) by my own means.

The worst part about this particular habit is that it virtually encourages you to share it with friends – it’s a total ‘social drug’ and I’ve proved this several times. Today I even considered sharing my habit with our new next door neighbour, when I realised he might be suffering from the same addiction.

And when my youngest, Freddie, burst in to tears because of our shared addiction this evening, I decided it was time to come clean.

Yes, I am addicted to a shameful thing: Sticker collections.

Wow, I feel better already. Admitting it really is the first step, isn’t it?

My addiction is currently manifesting itself with the Panini World Cup sticker collection – though to be fair to me, my wife actually instigated this particular collection, when she bought an album for the kids along with a massive pile of sticker packs.

But what was meant for the kids soon got me back into my shameful ways, and within a week I have my own album (mainly so that I can stick all the stickers in straight – something which my children haven’t quite mastered yet!) which I am populating with their swaps.

I can vividly remember the sticker albums of my own childhood – if I remember correctly, E.T. was the first movie tie-in album I had (though it could well have been Star Wars) and it was swiftly followed by several ‘The Simpsons’ collections in the next few years.

They often say that one drug is just a gateway for another, and it was no less true for me – in my case, stickers were a gateway to trading cards in my teens. I still have them all today (tirelessly catalogued in special collector pockets and folders) and a few of them are actually worth a few quid. So it’s not all bad!

Robert got his first sticker album when he was 2 or 3 – so far he has collected albums for Toy Story and Cars (x2) and is now well into his World Cup album.

Poor Freddie is feeling the pain of addiction too. To his credit, he’s not that bothered by the stickers themselves, but give him a ‘shiny’ and he’ll go mental. Or more accurately, don’t give him a shiny and he’ll pout like an Oscar-winner. So much so that I actually opened 5 different packets this evening in search of a shiny to surprise him with – check out that smile and tell me it wasn’t worth it! :)

I’m not even going to think about how much money we’ve spent on stickers so far – Sara heard somebody say that you’d need to spend well over £100 to complete the 600+ slots in the World Cup album. But there’s definitely one upside to it…

…I’m going to know what every single player looks like when the Cup starts next week!

Now, who’s up for swaps?

1 thought on “Fatherhood²: Time to Admit to my Shameful Addiction”