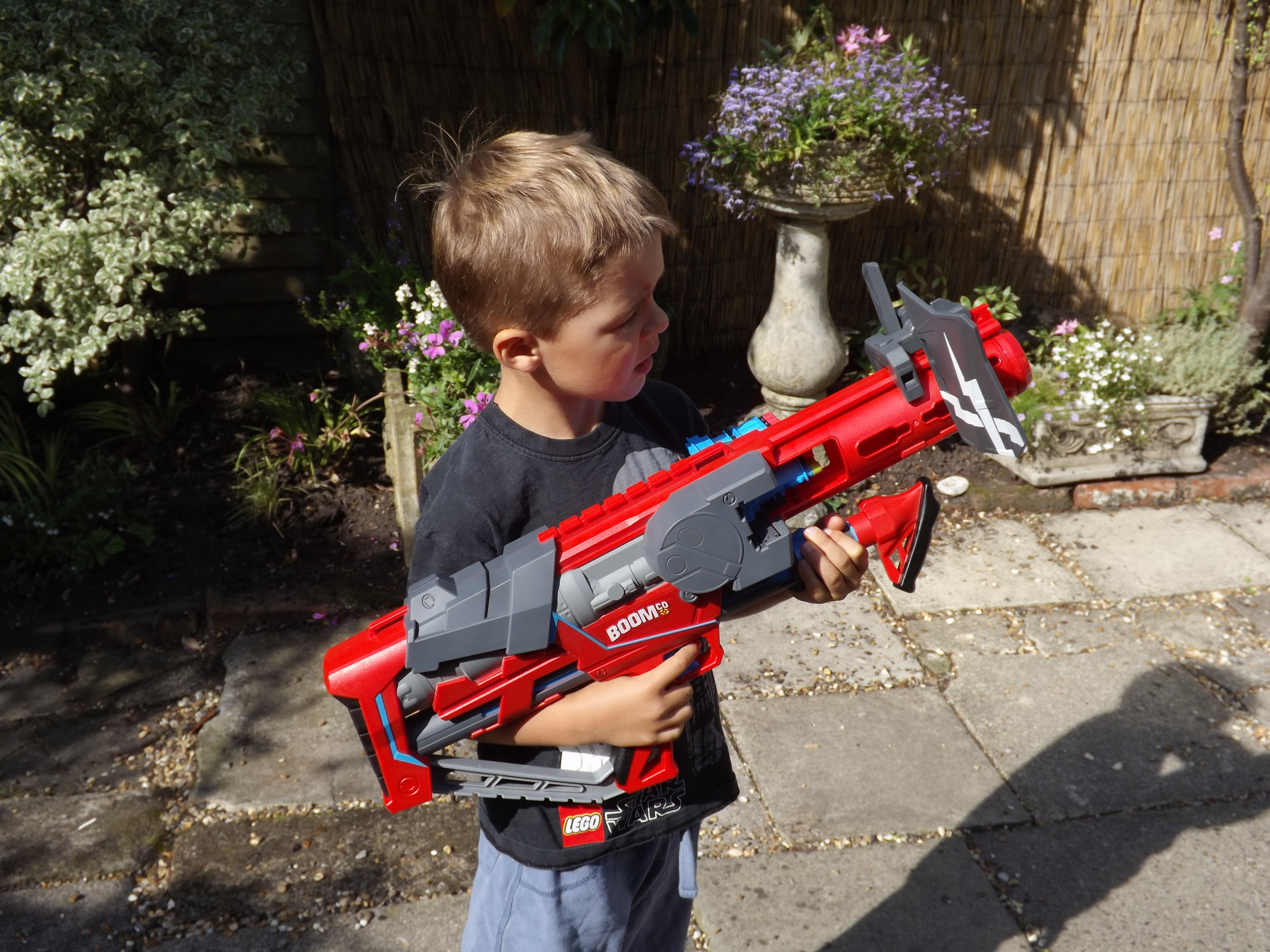 Back in April, we reviewed the BoomCo ‘Twisted Spinner’ blaster – you can read it here, or just watch the video we made at the bottom of the post. We must have done something right, because the latest release from BoomCo has arrived, and we were once again asked to review it.

Much like the Twisted Spinner, the magic of the BoomCo is that you don’t need batteries – they’re completely powered by air. With the Twisted Spinner, that air came from a single pump of the handle as you fire off the dart – pretty straight forward, though on the downside the motion of the pump DOES affect your aim a little.

They seem to have solved that issue – and improved it TEN FOLD – with the Rapid Madness blaster. As you can see from the video below (I’ve included the glossy one they sent me, as well as our own cruddy effort at a demonstration!) the Rapid Madness fires up to 20 dartss in a matter of seconds.

All you have to do is load up your clip with the darts supplied, slot it into the blaster and pump the little pump between 15 and 20 times. It’s a little tricky for the younger members of the family, but a grown-up can easily pump it up without spoiling the enjoyment of the shooting.

Once that’s done, you just blast away – either in single shots or rapid-fire style.

Robert and I quite liked the Twisted Spinner, but the Rapid Madness has taken it’s throne quickly and easily – you might even say… rapidly! They cost £49.99 but you won’t have to worry about replacing the batteries, since there aren’t any.

If you fancy one of your own, you can buy them at lots of toy shops including Amaon, Argos, Smyths and Toys R Us. If you want to see all the exciting things BoomCo get to while they’re pretending to work office jobs, you could look at their YouTube page and their Instagram channel.

Here’s the glossy video they made to launch it, with YouTuber Devin Supertrarmp – followed below by our own, less-glossy effort… judge for yourself which one is more likely to get a million hits!!

Review – The BoomCo Rapid Madness from Henry Elliss on Vimeo.