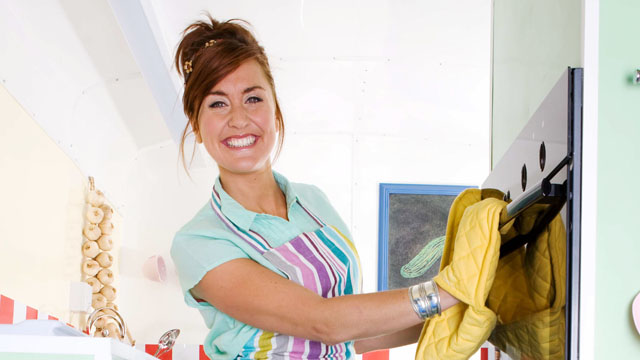 Here in the UK, the government recently conducted a pre-election reshuffle – which saw the famous nincompoop Michael Gove losing his ‘Education Secretary’ title to Nicky Morgan.

Sensing the need to make some headlines to cement her new position, Morgan announced this week that she would be pushing through changes which would see toddlers as young as 3 being taught ‘British Values’ – in an attempt to avoid extremism being snuck-in to the curriculum.

Whilst the changes suggested have been met with mixed reviews, I think Morgan might be missing a trick by suggesting these ‘British Values’ should be taught in school (or nursery, in this case). Why not just sneak them into Children’s pre-school TV instead? And what ARE British values anyway?!

I’ve done some research to establish what exactly these values are. Here’s a few simple, easy-to-implement suggestions of how they could be implemented into children’s TV…

‘Empire Building’ with the Octonauts

At present, the underwater adventurers in the Octonauts spend far too much of their time doing good for the sea creatures of the world. Under my new changes, the Octopod would be equipped with some cutting-edge weaponry to allow the Octonauts to invade small colonies and take-over sea-loving nations around the globe. If the conflicts get tricky, Barnacles and chums would call on the services of all the creatures they have helped over the years – laser-equipped dolpins, missile-guided flying fish and (unmodified) torpedo rays would all help to add colour to the mostly rather-morbid storylines…

In order to familiarise the nation’s little-ones with the British sport of queuing, Postman Pat will be rejigged to take the focus away from Pat’s antics and will instead focus on the internal running of the Greendale Post Office – namely poor service, a lack of staff and miles of queues. To keep things fresh, the action would occassionally switch to Mrs Goggins’ shop, where the queues would be slightly less organished – and maybe even the Greendale train station, where Ajay would be frantically trying to calm the angry commuters as they queue behind the one working ‘Fast’ ticket machine…

‘Talking about the weather’ with Nina and the Neurons

This one wouldn’t require too much of a change to the format – from now on, any child who submits a question about anything non-weather based would be out on their ear, with Nina solely tasked with answering weather-related queries. The Neurons would be replaced by a who’s-who of ex weather forecasting legends – from a tiny Michael Fish to a high-pitched Wincy Willis. From there it’s pretty much the same as the current show – just with more umbrellas and wellington boots.

‘British Food’ with I Can Cook

The lovely Katy Ashworth will be glad to know that she still plays a key role in this new version of the popular cookery show – though that stupid wooden spoon will be out on his ear I’m afraid. The format is pretty much the same, but the only food Katy and the Kids would be cooking is good, wholesome BRITISH food. Episode 1 is Fish’n’Chips, 2 is Roast Dinner, 3 is a classic Vindaloo and 4 will be a simple cheese sandwich. I haven’t thought much further than that, but I’m sure they can just repeat those 4 if needs be. After all, TV repeats is another big British value…

The now somewhat past-it cafe owners Big Cook Ben and un-named Little Cook ‘Small’ would be brought BANG into the modern day when their business loan is revoked and they are forced to sell their famous cafe. Falling on hard times, Ben decides to try his hand at bar work, whilst Small becomes a binge-drinking booze hound who props up Big’s bar and moans about the good old days. Occasionally they are visited by fairytale characters and unlikely storybook heroes who are all seeking to drown their sorrows at Ben’s bar. Ben and the completely-pissed Small try to make their customers drinks into amusing shapes and smiley faces, but usually fail in spectacular fashion, ending up making obscene doodles with peanuts and pork scratchings.

Peppa, George and Daddy Pig are in for a shock when they discover Mummy Pig has decided to take an unexpected career change to illustrate one of the most popular British Values of the 1980s – topless modelling. At first Mummy Pig manages to keep her new career a secret, but Daddy Pig finds out while flicking through a copy of Zoo Magazine on a fishing trip with Captain Dog, and hilarity ensues. Once the initial shock is over, Daddy Pig decides he quite likes having a glamour model for a wife, and encourages Mummy Pig to go for a job on Page 3. Naturally, that presents lots of opportunites for pig-based puns like ‘sausages’, ‘making bacon’ and other classics.

I’m sure there are plenty of others that I haven’t thought of yet – if you’d like to submit your on ideas for by new ‘British Values’ TV line-up, let me know in the comments!

1 thought on “Fatherhood²: How to Teach British Values to Toddlers – the Easy Way! Through TV”