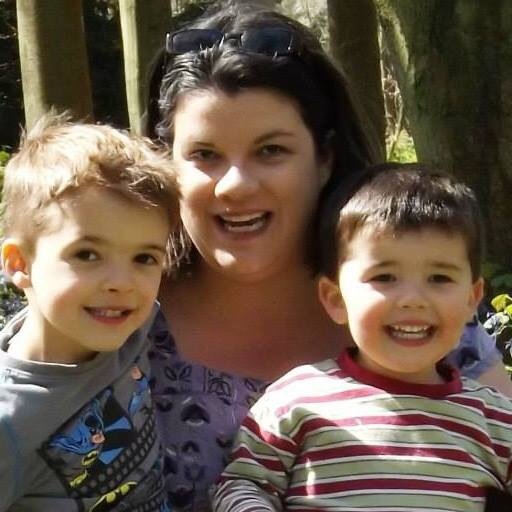 Today is my wife’s birthday – I won’t embarrass her by telling you her age (older than she looks – that’s a nice thing to say, right? I hope so) but I will tell you that she is one of the least publicity-hungry people I know.

She never gets the credit she deserves on my blog – after all, pretty much everything I write about is down to her – so I thought I’d take this opportunity to publicly thank her and to celebrate her awesomeness in the only way the Internet will allow these days – a list!

So, here for your consideration (and envy – did I say how awesome my wife is?) is a list of reasons why she is my best friend as well as my awesome wife. She’s so modest that she’ll probably hate it – but it deserves to be said anyway…

1. She has given me two of the nicest children I’ve ever met.
2. They’re also pretty damn cute. That definitely can’t be down to me!
3. She laughs at my good jokes and puts up with my bad ones.
4. She lets me steal her jokes and doesn’t bat an eyelid when I tweet them as my own.
5. She married me.
6. In New York City!
7. In a very low-key way – despite probably wanting a much grander wedding, like most people would.
8. She puts up with my grumps and lets me vent when I’m stressed.
9. She puts up with a grown man who collects Lego.
10. She has the patience of a saint (see above)
11. She works a full time job and then looks after our children for several hours before I get home – and I’ve never once heard her complain.
12. She secretly loads the dishwasher badly, so that I get to swoop in and re-do it in my anally-retentive fashion.
13. She’s a teacher – one of the most admirable professions you can have.
14. She makes me laugh at least once a day. Proper laughter too – not some smirk or snigger.
15. She likes a lot of the same stuff i do, but indulges in the things she doesn’t despite herself. Because she is awesome.
16. She never tries to change people. Well – except the kids she teaches, obviously.
17. She always checks my blog posts for errors, and spots every single one!
18. She has patiently waited for a nicer house for over a decade, and rarely complains.
19. I can’t think of a single thing that she likes which is boring.
20. She listens to me.
21. She listens to me snore, and hasn’t yet strangled me in my sleep.
22. She doesn’t have much time for chocolate. More chocolate for me!
23. She drives like a real person, not like a moron. A rarity these days.
24. She hasn’t had a proper holiday in years.
25. She puts up with camping.
26. She gets on with every one of my friends. In fact, they’re all our friends.
27. She never bats an eyelid when I write about her on my blog, even when she’s the butt of a joke.
28. She makes me want to be a better person, like she is.
29. She is shaping our children into wonderful human beings.
30. She loves me. I hope.

I could go on for another 70, but I suspect she started blushing about 25 items ago so I’ll save her too much more embarrassment and leave it there.

1 thought on “Fatherhood²: 30 Reasons My Wife is Awesome…”