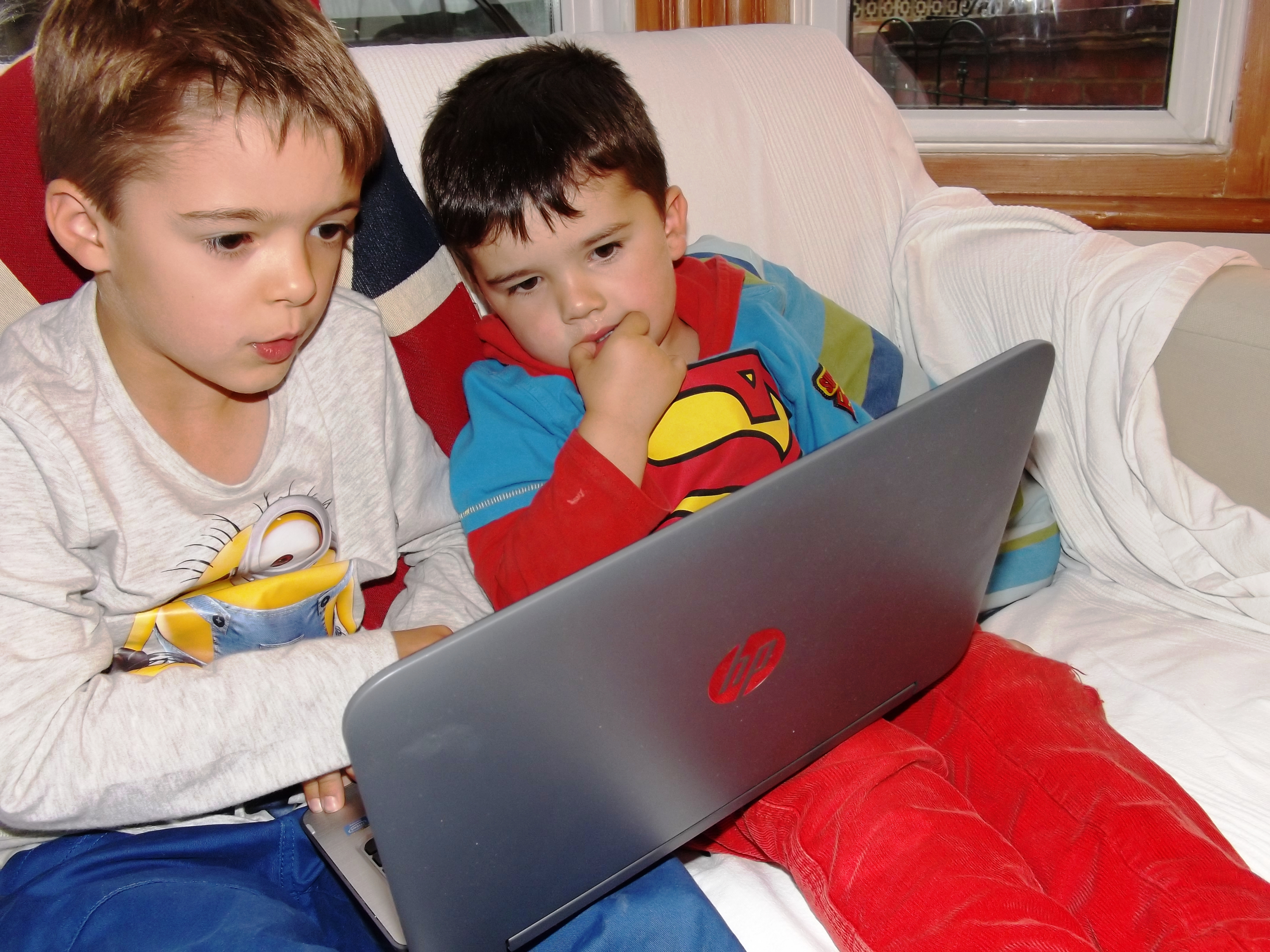 When the lovely people at HP emailed to ask if I’d like to treat myself to a test-drive of one of their Pavilion x360 laptops, I naturally assumed it was actually a trick (Look at me – I got a hallowe’en joke in the very first line of this post – impressed?!). Upon further inquiry, it turns out that it wasn’t a trick – they wanted to showcase their nifty new laptops and how child-friendly they are, so they duly dispatched one to us and we’ve been playing with it all week. It even turned up with a swanky printer too – so no excuses when it comes to decorations this year.

Note: Because I’m a humble kind of guy, I’m utterly blown away by HP sending us such a cool piece of tech to test out – so I’ll probably be going on about this one for a while yet. Bear with me – I could easily stretch this all the way past Christmas…! Anyway, back to the job in hand: Hallowe’en.

HP sent us a load of spooky Hallowe’en goodies to make the big night a success too – most of which we’ve already eaten. Ahem. Anyway, there was loads of stuff in there – though naturally it was the shiny new laptop which caught my boy’s attention most. As you can see from the photo below:

All attempts at getting them to do what the ‘challenge’ outlines have so far been met with protests of “Dad, we just want to try out a few more games…” and the like – Robert has been religiously playing the Lego Minifigures game, while Freddie prefers the ‘Furchester Hotel’ game from Cbeebies. They are utterly engrossed – even more so for the fact that the nifty touch-screen makes both games a lot simpler for little fingers. Here they are, engrossed:

Whilst I might not have been able to interest them in my crafty creations (yet!), I did manage to utilise the x360’s handy features for one of my own creations – a pumpkin! The following set of photos illustrates JUST how crappy my pumpkin carving skills are – though using the x360 for inspiration did make things slightly better than if I’d just gone free-style, I suspect. Please don’t judge me…

As you can see, we’ve only just begun to get to grips with this exciting new piece of tech (sorry HP, this might take a while!) but we’ve already got our (grubby little) mits on quite a few of it’s cool features. Next thing I’m aiming to try out: movie making. First I’ve got to figure out what we’re all going to dress up as on the big night… time to head over to Pinterest!