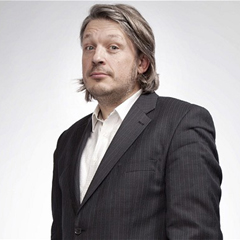 I’ve never professed to being a parenting expert – far from it in fact. Despite the fact that I run a blog about being a dad, most of you will know by now that I’m just muddling my way through like the rest of them.

One thing I HAVE learnt in my 6+ years as a dad, though, is that there are certain qualities which you can possess which make parenting a lot simpler.

Patience is a big one, as is compassion. But one of the less obvious qualities you need (and which a lot of people seem to lack) is a good sense of humour.

Having a sense of humour can make parenting a lot less painful. The ability to stand back and laugh when things are getting too much can be just the thing you need to keep you sane. It’s also a great quality to have when you’re discussing your experiences with other parents.

Let’s face it, there are a lot of things that can go wrong when you have children – whether that be with yourself, your child, your job, relationship, health – children play havoc with pretty much everything. Not taking yourself too seriously can be a great way to get through all of those things – and it can also help you to bond with your child.

All of which is a very round-about way of saying that I personally believe funny people can make great and really interesting parents. So I’m always pleased when people who I find amusing become parents.

Of all my friends and family who have become parents over the past 6 years, it’s the ones who make me laugh who I enjoy sharing the experiences of parenthood with most. It also helps that they’re the ones you want to spend time with anyway, but I definitely think there’s a correlation.

As a big comedy fan, there are plenty of more well-known people who make me laugh – whether through comedy, acting, writing, podcasting or something else. And I’m always really pleased when one of them becomes a parent, too.

Writer Danny Wallace has always been a favourite of mine – as a writer, a radio presenter or just a social commentator, Wallace makes me laugh on a daily basis – so when he became a dad shortly after I did, I couldn’t wait to see how he’d take to parenting – and whether it would change his sense of humour.

Happily, Wallace has become even funnier and more endearing since becoming a dad (though that’s just my opinion of course – I’ve not checked his CV for quantitative evidence!), probably in the main because I can relate to him even more now. Whilst he managed to keep his family’s privacy pretty well during the first few years (going as far as to keep his son’s name private), he still shares his parenting experiences and stories at every turn. Christ, that’s the worst review of somebody funny, ever. Just take it from me: he tells great stories.

Another of my favourite comedians, Richard Herring, shared the news of his and his wife’s impending arrival yesterday on Twitter yesterday, and the news pleased me massively – though I wasn’t really sure why until I started thinking about the theme of this very post.

I don’t know Herring personally, though I listen to so much of his content that it often feels like I do. But because of that knowledge of his life through his comedy, I feel pretty confident in saying he’s going to be a brilliant father. So I was really excited for him and his wife.

He’s going to be very disappointed when he realises Cbeebies have stopped showing his old favourite, ‘Big Cook, Little Cook’ mind you – but I can’t wait to see what he makes of Grandpa in my Pocket…!

Wallace and Herring (possibly the best solictor name I’ve heard this week) often look at life in the same way that I do – but manage to convey things that I think in a much funnier way. I think that’s part of the reason I like them becoming parents so much – observational comedy is always so much funnier when you’ve observed the same thing, after all.

Obviously parenting isn’t for everybody, and there are plenty of people who I admire who have nothing to do with parenting. I’m not saying parental funny-people are any funnier than non parents, either.

But as long as parents keep having a sense of humour about their experiences, I’ll be one happy dad.