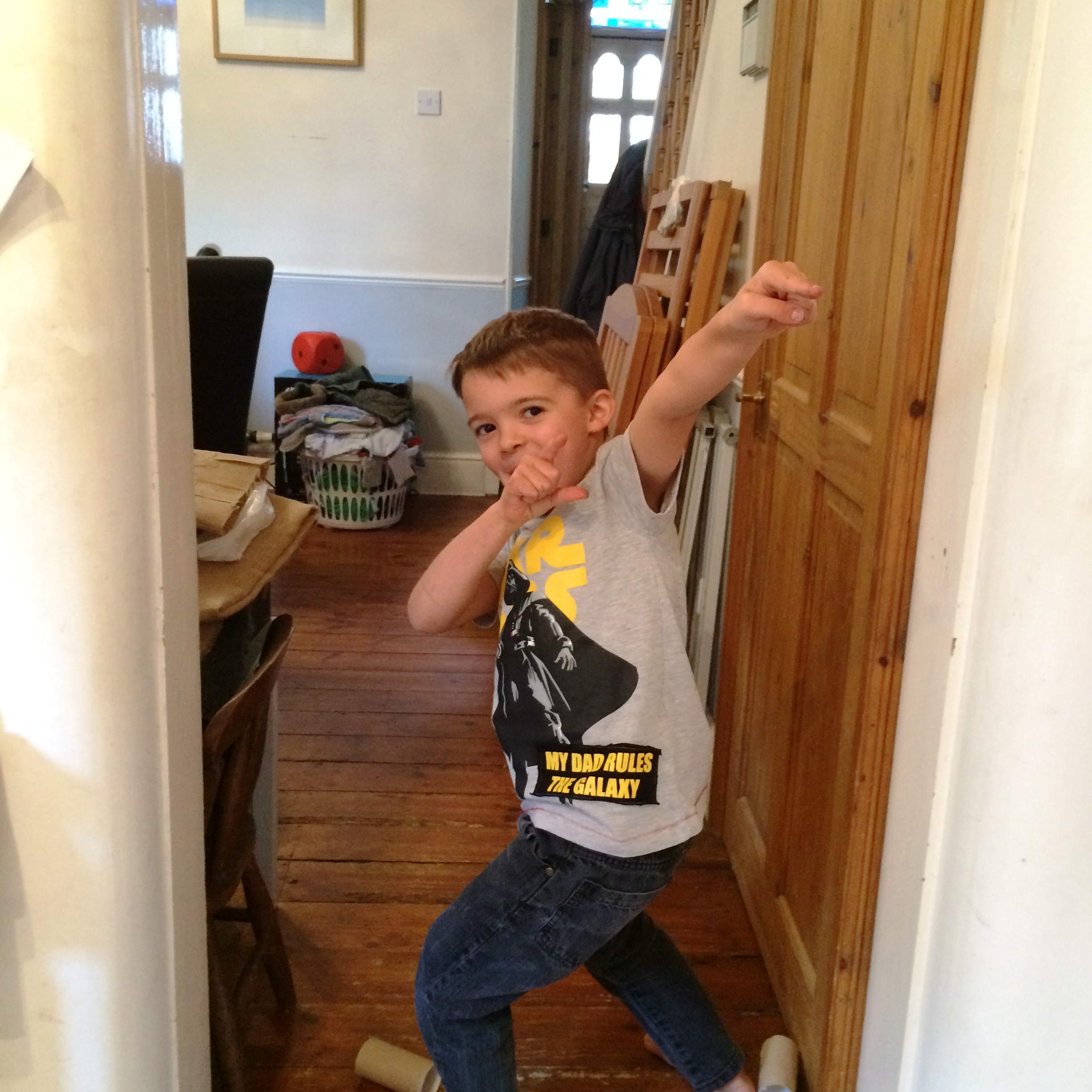 The lovely people at House of Fraser recently wrote to me to ask if I’d like to pick some clothes out for the kids, from their latest collection. They’re apparently doing a project called ‘Dressed by Dad’ (sounds like a recipe for disaster, if my own dress sense is anything to go by!) and let me pick out some items for the boys which we were then sent in the post.

Being a nerd (and a dad), I naturally chose a Star Wars shirt amongst a few other Christmassy items (I’ll share those a bit closer to the time, lest I get called-out for starting my Christmas celebrations too early) and Robert was desperate to wear it today – always a good sign.

Being a good blogger, I asked him to pose for a picture – which started out simply, but then turned into a catalogue-esque photo shoot with hilarious results. Rather than just share the ‘sensible’ shot, I thought I’d share a selection of the poses he pulled, for your entertainment.

My favourite was the Usain Bolt “pointy fingers” one, but they are all pretty impressive!