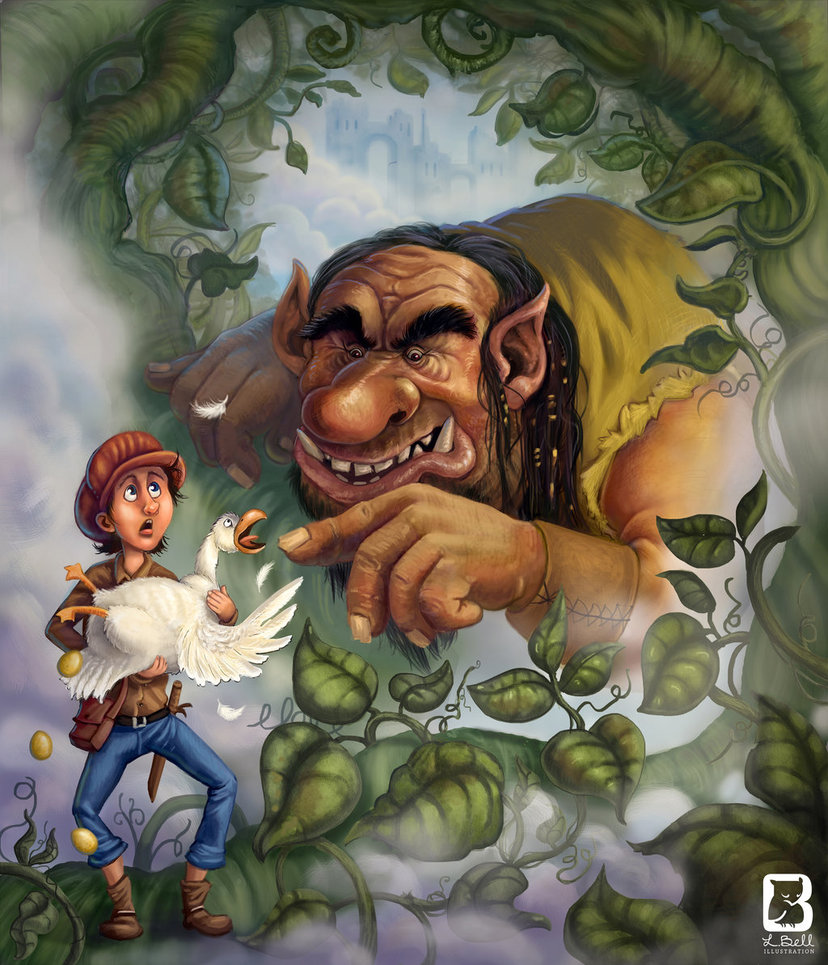 Story time at our house is often a source of inspiration for my blog. The other night was no exception! With bath time done and dusted, we sat down to read the usual stories before bedding down for the night. Rather than pick one of the more ‘modern’ offerings on the shelf, Freddie opted for an old copy of “Fairytales for children” – a book I’d not read them before, though the stories it contained were all familiar.

The story he chose was Jack and the Beanstalk – a story which I’d never given much thought to, but which it now occurs to me has absolutely NO positive morals to it.

Now I’m not saying that a children’s story needs a moral – far from it, I actually prefer the non-preachy, non-moral varieties. But fairytales are often cited as having morals you can learn from, so it surprised me how jarring the morals in Jack and the Beanstalk were. So I decided to take a look at some other fairytales and see what the REAL moral of the story is.

Jack and the Beanstalk

The story of a boy who sells his mother’s prize cow in exchange for some beans, throws them away, climbs the ensuing beanstalk, meets a giant, steals a load of his stuff and then kills the giant after chopping the beanstalk down.
Moral of the story: Even if you have no business acumen, selling the only thing of value you own, you can still succeed in life by stealing from others and hiding the evidence of your crimes.

A little girl, on the way to visit her sick grandmother, meets a wolf who wants to steal her food. When she refuses, he easily tricks the girl, goes to her grandmother’s house, eats the OAP and then attempts to eat Red Riding Hood before being killed by a lumberjack who happens to be passing by
Moral of the story: Even if you talk to strangers (like all kids KNOW they aren’t supposed to), it doesn’t matter as somebody else will sort out any mess you get into. Also, old people are expendable.

Goldilocks and the Three Bears

Another little, red-topped girl is wandering in some more woods when she finds a house owned by some bears, who aren’t home. She breaks in, generally causing havoc and significant criminal damage (broken furniture, stolen food and bed-squatting) before being confronted by the bears and running away.
Moral of the story: You can commit a wealth of crimes against innocent animals without getting punished. Also, bear furniture is very poorly made.

The Tortoise and the Hare

For some reason, a tortoise – an animal not known for its speed – decides to have a race with a hare. The hare, cocky that he is winning, decides to have a nap, allowing the tortoise to win the race, while gloating that ‘slow and steady wins the race’
Moral of the story: No amount of athletic excellence is any match for brains. Which is why the smartest runner ALWAYS wins the 100m at the Olympics.

Three pig brothers set out on their own in the world, building houses for themselves out of straw, sticks and bricks. The first two, having chosen clearly unsuitable materials, have their houses destroyed and are eaten by a pesky wolf with a taste for bacon. The third pig, with his structurally-sound house, manages to kill the wolf when he drops down his chimney and boils him alive.
Moral of the story: The only way to stop those awful planning application people is murder. Plain and simple.

Three goats, needing to cross a bridge to get to a new meadow, encounter a nasty troll who lives under the bridge. The smallest goat convinces the troll not to eat him, instead suggesting he wait for the next goat. Same thing happens with the second, and when the third arrives he’s big enough to kick the troll’s ass. All three goats are happy and the troll is either dead or still hungry.
Moral of the story: Goat meat isn’t really worth the effort. Go for chicken instead.

So there we have it – the REAL morals behind some of our most beloved fairy tales. What have I missed? Let me know in the comments!

2 thoughts on “Fatherhood²: Fairy Tales Exposed – the REAL moral of those fairytale stories…”