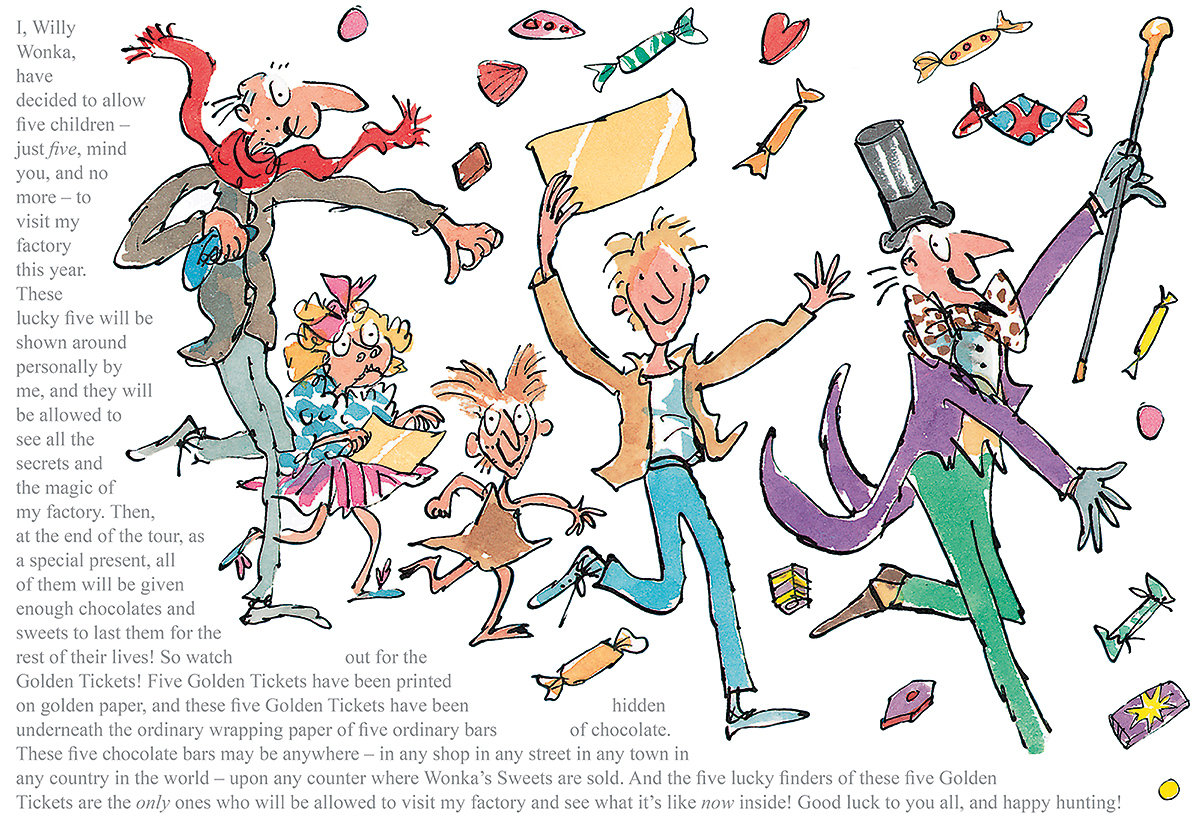 Our house has been taken over by chocolate fever, and it shows no sign of abating. Sweeties are causing a rumpus, chewing gum has elicited gasps of excitement and you can’t even imagine the delights caused by gobstoppers…

It’s not the Christmas leftovers that are driving my children mad, though – it’s a lot more exciting than that. It’s a book. A papery, old-fashioned, 30+ year old book.

Yes, Charlie and the Chocolate Factory has worked its magic on another generation of children, and I couldn’t be happier. Let me explain why…

One of the presents we bought Robert for Christmas was the Roald Dahl box set – a last-minute gift which we assumed would be left on the shelf until he was slightly older.

But come the New Year and Robert decided that he wanted to see what all the fuss was about, and asked if we could read ‘Charlie and the Chocolate Factory’ as our bedtime read – and I was happy to oblige.

Up until this point, our bedtime reading routine has consisted of a pretty set formula: two story books each night, just before bed, usually read by a parent though occasionally by Robert, who can now read very capably. Books like The Gruffalo, Elmer the Elephant, Peace at Last and the like – stories which are the ideal length for bedtime reading, and nice and quick but still entertaining.

We’d never stepped into the territory of chapter-based, multi-night books until now – so I was slightly nervous that the transition would be a tricky one. Thankfully, it seems to have gone down remarkably well.

In fact, I’d go as far as to say it’d been AMAZINGLY well received. We’re reading 3 or 4 chapters each night, and thanks to Dahl’s amazing storytelling and masterful cliff-hangers, every night has elicited at least one squeal of delight.

Night 2 was “Will he find the Golden ticket?!”, Night 3 was “Who are the mysterious workers in the factory?!” and Night 4 was “What will happen to Augustus Gloop?!” – and every night they have literally begged for more chapters.

In a world where people regularly criticise parents for allowing children to spend too much time in front of electronic devices, it’s a real pleasure to witness my children getting so much joy from such a simple pursuit.

It’s doubly-amazing when you consider these books were written before I was even born – fifty years ago, in fact. Yet despite how long ago it was written, a 6 year old child in the year 2015 can still find it utterly magical.

That’s the magic of a good story, I guess. Long may it continue.