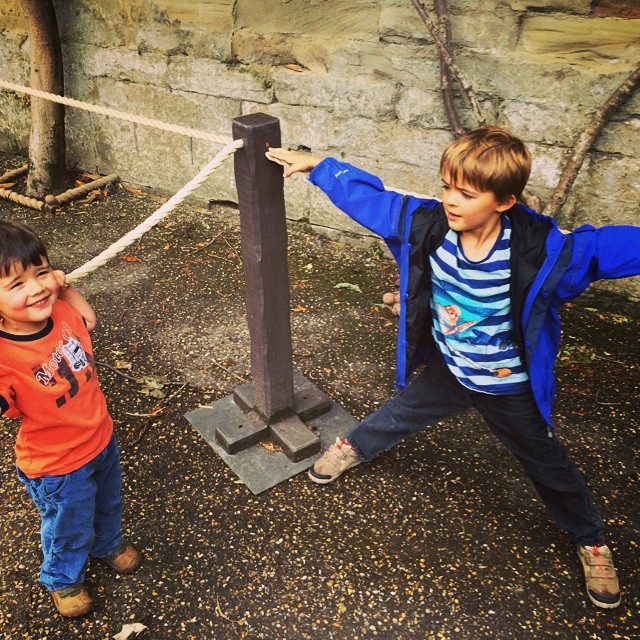 As a parent, it’s common to want to solve your children’s problems. Scraped knee? Easy to solve. Problems with some homework? Simple. Trouble playing a new game? Let’s play together. Solving problems is one of the main challenges in parenting – and also one of the most rewarding aspects.

However, it’s not always quite that simple.

Over the past few weeks, I’ve come to realise that my eldest son has a problem which I’m not sure how to solve.

Now let me caveat this statement by saying this: the problem I’ve identified isn’t exactly earth-shattering, and I’m not suggesting it’s going to cause him any pain or misfortune any time soon. But it is something which I believe could hamper his progress in life – and something which I’m quite keen to ‘fix’, if at all possible.

You see, my son seems to be turning into a pessimist. More often than not, his glass is half-empty – and I have no idea why, much less how I can change this.

Don’t get me wrong – we’re not talking Eeyore territory. He’s by no means some sort of harbinger of doom, and in most situations he’s a happy and outgoing child. But when it comes to opportunities for positive thinking or optimism, you’d better not rely on him to cheer you on.

Let me give you an example or two…

Sara and I often play games on our smartphones – I’m sure you do too. Things like Candy Crush or Trivia Crack – stuff to keep idle hands busy in moments of boredom. Robert often plays along with us, or watches our progress – and can frequently be heard making comments along the lines of “I don’t think you’re going to win this one” or “This looks a bit too difficult to finish”.

Or when we’re tidying the boys’ bedroom before bathtime in the evening. I’ll often set the boys a time limit for getting the room tidy – more to encourage promptness rather than anything else, and usually pretty generous. But Robert will often spend half of his allotted time moaning about how unlikely it is that he’ll finish in time.

I genuinely have no idea where he’s picked it up from – assuming it IS a learned trait, as opposed to just something he was born with. I’m tempted to believe in the latter though, which leaves me scratching my head.

Whilst I can be prone to the odd bout of realism myself (usually in work situations), I’m generally a pretty optimistic person – as is my wife. Especially when it comes to the children – I firmly believe in instilling in the children a belief that they can do anything they put their minds to. Positive thinking, positive attitude – all of that stuff!

He certainly hasn’t faced any sort of hardship or setbacks in life which might have instilled this ‘glass half empty’ attitude in him – well, not that I’m aware of anyway.

I’m torn on what to do about it, too. He’s only 6 years old, after all – is it too early to worry that it’s a sign of something bigger? Am I worrying a lot over nothing? Or is it something we can encourage-against with some ‘look on the bright side’ optimism and reinforcement? I have literally no idea.

This is one of those annoying posts where I don’t really have a conclusion I’m afraid – but if you’ve experienced something similar, I’d love to hear about it.

2 thoughts on “Fatherhood: How do you solve a problem like pessimism?”