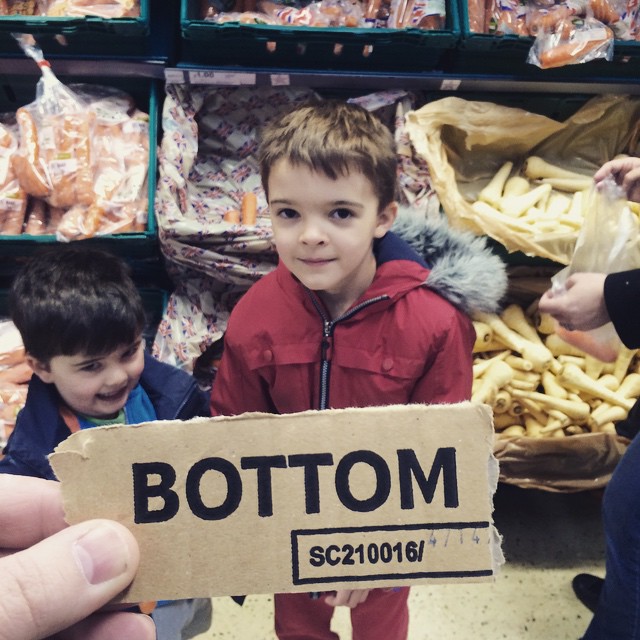 In an effort to incentivise our children to do good things, parents turn to many different options. Some choose money – whether ‘pocket’ money or ad-hoc rewards – others choose praise (good luck making that last past 18 months!). Some reward with presents, some use sticky charts or tables and some believe that to ‘reward’ is simply not right.

Whichever camp you fall into, chances are you’ve probably tested out a few systems in your time as a parent – I know we certainly have. None of them have ‘stuck’ for long, so when my wife came up with a revolutionary new idea for rewarding our boys, we thought we might have found “the one” at last.

The system is fairly simple, and the only items needed are good old fashion raffle tickets. You know the sort – the ones where there are two copies of each ticket, one for the customer and one to go in the raffle/tombola/whatever. I think it cost about £1.99, if not less.

The idea was to dish out a raffle ticket every time we wanted to reward good behaviour. Finished all your dinner? Have a raffle ticket. Done some good reading at bed time? Have two. Then, at the end of the week, one of the other-half raffle tickets was drawn from a pot and the winning ticket holder was given a prize of some description.

Admittedly, it wasn’t QUITE as easy to explain the rules to the children – the possibility that a child with one ticket could still win when the other child had 10 was surprisingly quickly stumbled upon. But once we’d ironed out the intricacies, we were good to go.

The troubles began within 24 hours.

Whilst the main issues stem from existing things we’re dealing with – the biggest being injustice – our system has only served to exacerbate the problem. Robert – the king of fighting for justice – was quick to demand a set of rules governing who got a ticket for what.

Whilst we didn’t relent (after all, all good systems need to be flexible!) we did lay out a few examples – most of which could be achieved by either child.

The problems seem to expand when we factored-in uneven reward stakes. For instance, the 3 year old child was rewarded for putting on his own shoes – something which proves tricky to him at the best of times. So naturally the 6 year old expected the same reward for the same feat – something we weren’t willing to bend to.

If it wasn’t shoes, it was the complexities of dinner. Yesterday, we rewarded both with a ticket for finishing their dinner, then an extra ticket for pudding. So today, when Robert decided he couldn’t finish his dinner, he quickly piped up with “It’s okay though, I’ll get a ticket for my pudding”. Uh-uh – no can do. Cue another meltdown.

Whilst the system is proving to be less simple than we anticipated, we haven’t given up… yet. We’ve not even gotten the first prize-picking out of the way (though I suspect it’ll end in another meltdown…!) so we want to give it a fair crack.

But it’s certainly not the radical and genius idea we had hoped it might be. At the current rate, by next week we’ll have a printed-and-bound instruction booklet, a 4-page list of achievements and we’ll probably be in the midst of the first ever lawsuit for wrongful-rewarding – at least if this week is anything to go by!

Have you had more luck with a similar system? If so, I’d love to hear about it – we need all the help we can get!

1 thought on “Fatherhood: Our Revolutionary New Parental Incentive Scheme – and Why it’s Failing!”