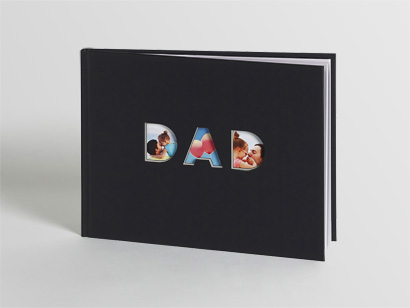 As you can probably tell by now, Father’s Day (and the weeks running up to it) have no become the defacto time for brands to think about dads in their marketing campaigns. Whilst it will be nice if they remember us for the rest of the year, I’m not going to look a gift horse in the mouth…

The latest clever brand who are thinking about dads are fancy-pants clothing (and other stuff) shop The White Stuff. They’re running a Father’s Day campaign called “Don’t be a Dull Dad“, and anyone can get involved. All you need is a good ‘Dad Joke’ – and let’s face it, what self-respecting dad doesn’t have a few of those tucked away? Tell them about it on their website or Twitter and you could win a night out for you and your dad, courtesy of the White Stuff people.

If your funny bone is a little rusty, or you just need reminding about the high-quality of dad jokes, they’ve asked me a few questions – and my answers may inspire you. Or make you groan – it’s a fine line and I toe-it lightly… I take it as a pride-point that my colleagues at work often compliment me (or are they mocking me? hmm…) for my “Dad Jokes”, so I’m only too happy to share a few…

What is your go to funny joke?

I’m not sure I’ve got a “go to” joke per-say – I’ve probably got a whole collection of them in my arsenal. But my *current* favourite – and this definitely qualifies as a dad joke, I’m sure you’ll agree – is the following… which makes more sense when read out loud!

Q: What is the most common Owl in the world?
A: The Teat Owl

What is a guaranteed way to make your kid/s laugh?

Like me, both of my boys are incredibly ticklish, so that’s an easy one – though my wife sometimes tells me it’s a little cruel! Failing that, my boys are fairly easy to make laugh – changing the lyrics to songs they know, hitting myself in the head “by accident”, comedy prat-falls – all usually raise a laugh in our house.

When was the last time you laughed in the last two weeks?

I sort of hope this is a trick question – if you don’t laugh at least 20 times a day, you’re doing something seriously wrong with your life, in my opinion. Even in the midst of my most stressful work days, or tiring home days, I make a point to laugh regularly – even if you’re only doing the old “You’ve got to laugh at how crazy this is” trick. But the technical answer to this question is probably within the last 10 minutes.

Who is the funniest person you know?

Probably my wife, though she’s argue this point. She’s a different sort of “funny” to a lot of people I know – because she’s a bit of an introvert, she doesn’t tell jokes per-say, but she often makes VERY witty observations or sarcastic comments. She usually does it very quietly, then tells me off when I repeat them louder so that more people can hear. If you’ve seen me post something funny on Twitter, there’s a 50/50 chance that I stole it from her first…

Do you go out of your way to be an embarrassing parent? If so, how?

No! I don’t think my children would appreciate it if I embarrassed them on purpose – not at such a young age, anyway. I suspect I’m embarrassing enough as it is unintentionally, without trying to do it on purpose, too! Maybe when they’re grumpy teenagers I’ll feel differently.

When was the last time you made someone else laugh?

Hopefully within the last few hours, though I don’t really keep track of these things. It feels a bit cocky to answer this really!

What is the worst joke you have heard?

I suspect a lot of people would class my jokes as *their* worst. But I don’t think there’s any such thing as a bad joke really – only jokes that don’t work. But even they can be funny. Freddie (3) often tries to adapt his favourite joke (“Why don’t bears wear socks? Because they’ve got bare feet!”) into his own variations (“Why don’t bears wear shoes? Because they are shoes!”) – but even his failures make me laugh, sometimes even more than he was hoping.

“Can you smell oranges?” (No) “What, not even if they’re right by your nose?”
“Did you hear about the magical tractor? It turned into a field”
“A Bear walks into a bar and says ‘Two pints…….. and some peanuts’. Barman says ‘Why the big pause?’ ‘Because I’m a bear!'”
“What’s ET short for? Because he’s only got little legs.”
“Which is the only cheese you’re not allowed? Nacho cheese!”