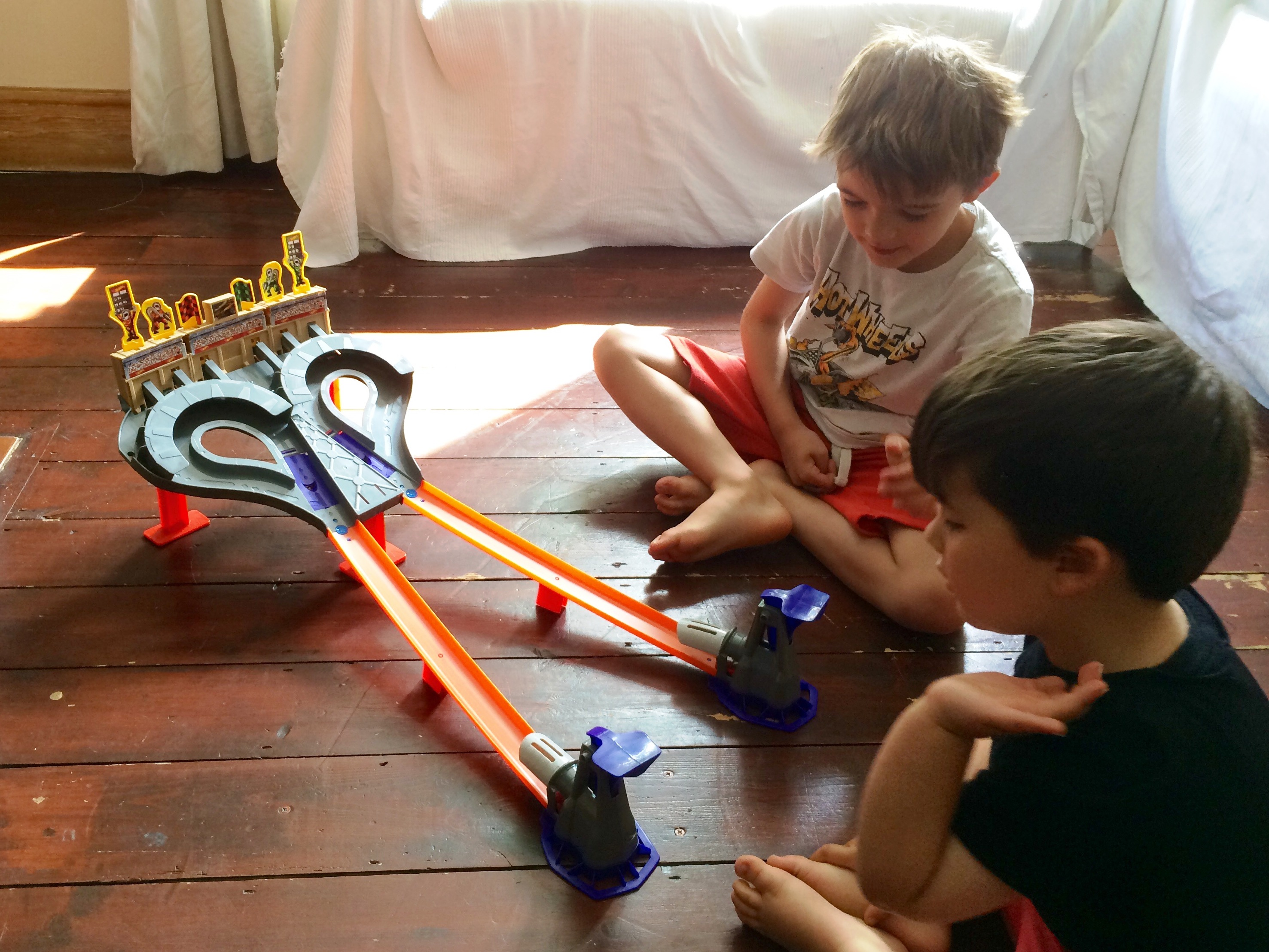 My kids are already big fans of Hot Wheels, so when the folks at Mattel asked if they could send us their newest track-set to test out – along with a t-shirt from the new Hot Wheels collection – my boys jumped at the chance!

The ‘Super Speed Blastway’ (I don’t know who comes up with these names, but kudos to them for the imagination!) is unlike most of our current HW tracks in that it pits two racers side-by-side – making it a ideal for my two, highly-competitive boys!

Each racer has to use their launcher (or basher, as Freddie now calls it!) to speed their car around a miniature track, with each loop launching a little plastic… thingy, from the end of the track. The first racer to get all three of their thingys launched is the winner. Sounds pretty simple, and indeed it is.

Both of my boys love it, and are still playing with it now, some hours later. You can see a video of the launchers below, along with some “making of” photos giving you a little taste of the set.

If you like it (or Robert’s t-shirt – available from Zara!) you can find them at “selected retailers” both on and offline. The set sells for around £23, give-or-take.