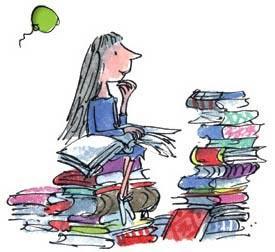 As many of you will know, one of my favourite parental activities is reading with my boys at bedtime. I don’t always get to do it (usually due to a delayed commute, or the occasional late stay at the office) but I try to make it as much as is humanly possible, such is the pleasure I get from the activity.

Over the past year, we’ve read a variety of books. As well as the classic bedtime readers for Freddie (think ‘Gruffalo’ and you get the picture, ‘scuse the pun) Robert is now keen on slightly bigger books – chapter-based books, if you will. We’ve read a number of ‘Famous Five’ books, several Michael Rosen poetry books and a few others, but the last 6 months or so has been dominated by the Roald Dahl box set Robert got for Christmas.,

The box set (which you can see in the photo above) contains 15 of Dahl’s classics, and seems to be aimed firmly at the child reader. We all know that Dahl had a wider career than just kids books (Playboy magazine and Tales of the Unexpected to name but two!) but this collection contains all the old favourites that you’d expect.

We’ve been working our way through them in turn – so far we’ve ticked off Matilda, both Charlie books, Esio Trot, The Giraffe the Pelly and Me, James and the Giant Peach, Fantastic Mr Fox, George’s Marvellous Medicine and another couple (I’ve lost track!). The most recent one we’ve finished – Danny, Champion of the World – certainly took a turn for the slightly more grown-up – at least compared to the others. Any book that starts with the death of the main character’s mother is a jump up from talking foxes. But so far, so good.

Then we moved onto ‘Going Solo’, and everything has taken a turn for the GRUESOME.

Now before you tell me we’ve read them in the wrong order (“Boy, tales of childhood” is the first of Dahl’s two autobiographies – Solo is the second) I know – I only realised when we were several chapters in. Either way, we’re now deeply entrenched in Dahl’s story of his time in Africa during World War II.

If you’ve never read ‘Going Solo’ – like I hadn’t – let me summarise the first 5 chapters. Dahl works for Shell, has been stationed in Kenya, has a local ‘boy’ who works for him and is anticipating the break-out of World War II.

In Chapter 3, a Black Mamba snake almost kills his gardener, but manages to stab the snake with a rake, killing it. Eeek, a few anxious faces and me anticipating a couple of nightmares that night (Thankfully they never materialised).

In Chapter 4, a Green Mamba gets into a local house and kills the dog. More anxious expressions (mainly from me, I admit) and fears of nightmares, but nothing materialised.

In Chapter 5, with the war breaking out, Dahl confronts some Germans and the leader of the group gets shot in the face with a rifle. Even I had a dream about that one. Still, nothing from Robert – the most easily-spooked child I’ve ever met.

In tonight’s read, Chapter 6, Dahl’s servant takes his sword and heads to the house of a local German business man, finds him burning papers and slices his head clean off. BUGGER ME. That’s some next-level children’s storybook right there.

With another dozen chapters to go, and Dahl heading off to train as a fighter pilot, I’m dreading how much more graphic it’s going to get. I’ve suggested we put it aside and come back to it later, but Robert is having none of it – so perhaps I’m over-estimating how nervous he actually is, at least when it comes to literature.

At least my worries about the BFG (the next book we’re going to tackle) are probably put to rest….