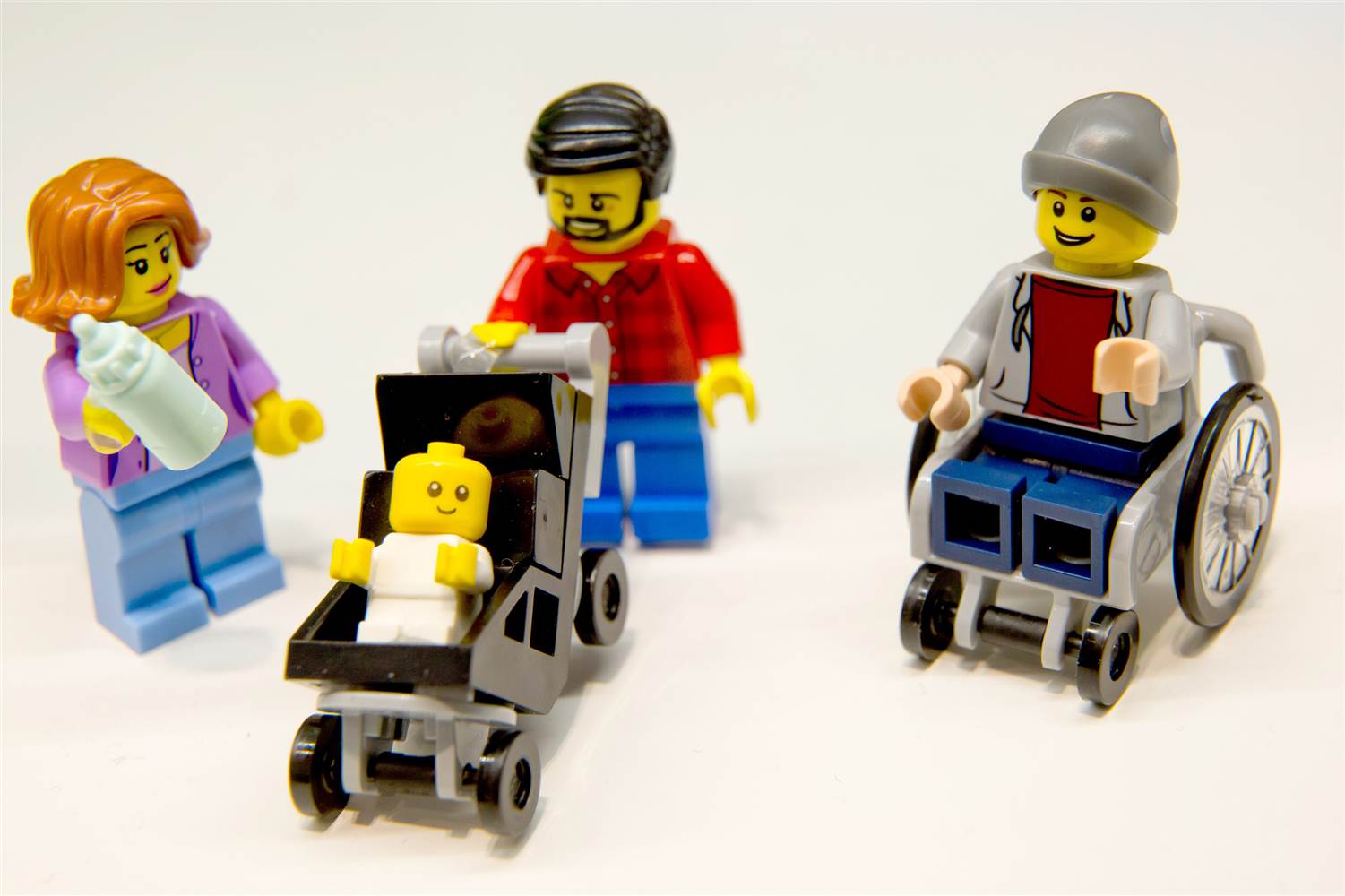 The dad blogging community is having a good month, at least when it comes to Lego. If you’ve not seen one of the many posts on the subject, Lego have been rolling-out their new lines and sets for 2016 – and one of those sets contains a rather hipstery-looking Lego man pushing a baby in a stroller.

Yes, Lego have FINALLY recognised the excellent work of the ‘Stay at Home Dad’ – equality at last! In case you can’t tell, I’m being sarcastic – but in a friendly, cautious way.

You see, I’m slightly nervous in writing this post – not least of all because I LOVE my fellow dad-blogging Stay at Home’rs. I also LOVE Lego – and this post isn’t intended as a dig at either, especially the former. I fully support the struggle SAHDs face: from female-only baby feeding rooms to unfair employers, and many pains in between.

But the excitement about this Lego dad has only served to remind me of something which has bothered me for many years – and which this latest move only serves to exacerbate. You see:

Whilst I’m intentionally being slightly tongue-in-cheek here, my point still stands: Despite many good milestones and progress made, Lego still provides a very poor image of the modern female.

Now as much as I’m a big Lego fan, I’ve not got every Lego set – I wish I did. So It’d be unfair of me to suggest that I’ve done a quantative study of how often male and female Lego minifigures appear, or what roles they’re playing. Though I’m pretty certain the numbers would be depressing.

What I HAVE got all of, though, are the more recent “Lego Minifigure” collectible sets – and more importantly, the collector sheets that show you their full line-up. And these sets – a modern release, so surely a sign of Lego’s current views – paint just as ugly a picture. Here are the facts, as far as I can see them (some guesswork may be used where gender isn’t obvious, so apologies if I get it wrong!)

Series 5 – 12 Males, 4 Females: A Cave girl, an Anthropologist, a Fitness Instructor and an Eqyptian Queen
Series 6 – 11 Males, 5 Females: The Statue of Liberty, a Lady with a fan (?!), a Surgeon (yay!), a Skateboarder and a laser-toting space lady…thing.
Series 7 – 11 Males, 5 Females: A swimmer, a Bride, a Viking, a Rock Star and Red Riding Hood
Series 8 – 12 Males, 4 Females: A Cowgirl, a Skiier, a Fairy and another Cheerleader

As you can see from my extensive (!) research, Male minifigures out-number females by at LEAST 2:1 in most sets, sometimes 3:1 – and the jobs the female characters have are FAR too often stereotypical and old-fashioned. Whether it’s the THREE cheerleaders or the popstars, these boring stereotypes appear far more often than the scientist, the archaeologist and the doctor.

I should point out, based on the order of release of these sets, that Lego are gradually – far too gradually, in my opinion – releasing more females in their minifigure sets. But given females and males generally exist in a 50:50 ratio, I’m disappointed that they aren’t adapting faster.

So forgive me if I don’t celebrate the latest male minifigure with quite the same abandon as some of my fellow dads. I really do love you guys, and I’m happy that us dads have a clear representation in Lego at last. But I think it’s going to be a while before equality truly hits those tiny yellow figures…

Footnote: For those of you wondering, yes those photos are mine and yes I DO sort our Lego into colour-coded boxes. I’m that sad…