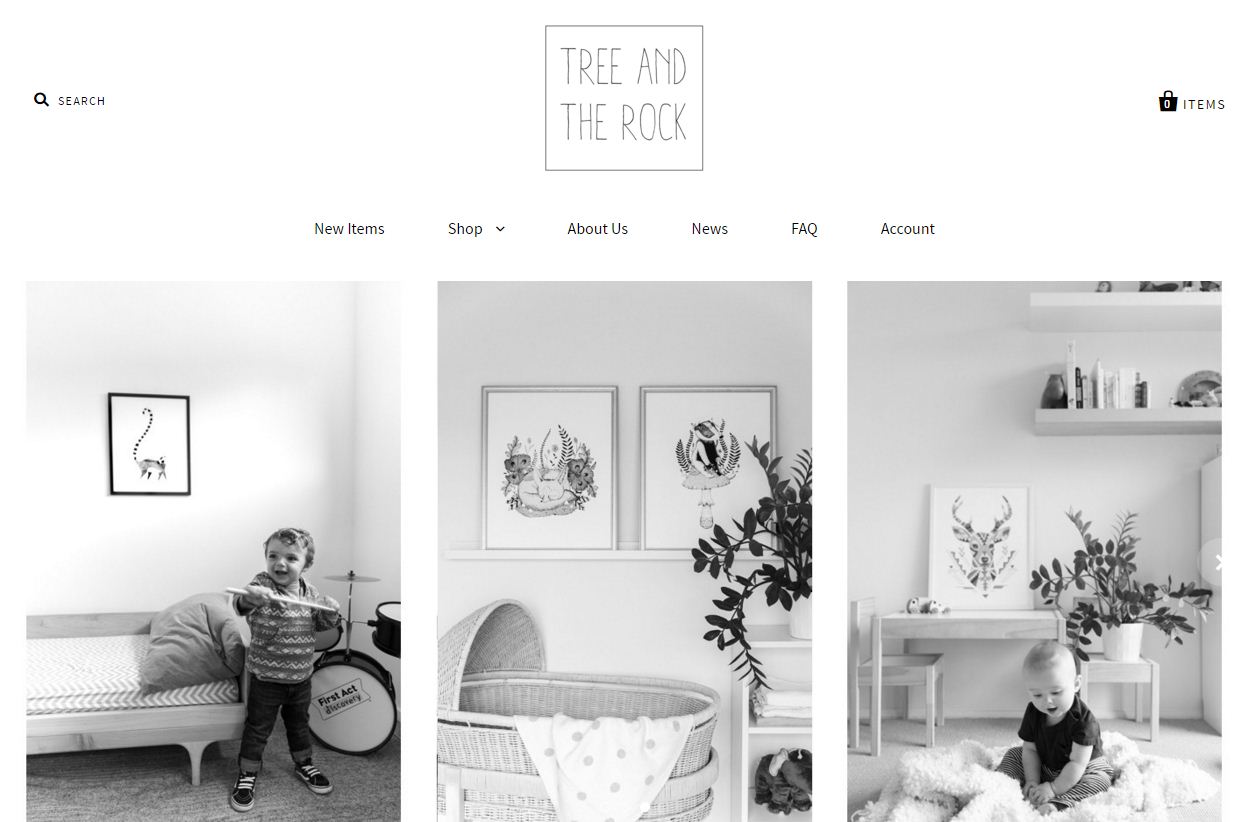 Sometimes when we discover cool new things, our first instinct can be to keep them to ourselves. We’ve all done it – “I liked them before they became big”. Whether it’s because we want them a secret so “fame” doesn’t change them, or because we want to feel like an OG fan, the temptation is always there.

But whilst it’s a great feeling, it probably doesn’t help the producer of that thing you love so much – after all, if they’ve only got a small (albeit devoted) audience, they may decide to call it a day.

All of which is a very roundabout way of saying that I want to tell you about something very cool which I’ve loved for a while now, which I think lots of you will love to. Namely: art.

Don’t worry, I’ve not lost it – I’m under no illusions, art is pretty popular. But I want to tell you about one particular gallery, called Tree & the Rock.

What has all this got to do with parenting, I (metaphorically) hear you ask? Well, Tree & the Rock curate art specifically targeted at parents and children. So if you want something beautiful for your nursery wall (to hang alongside all those finger paintings and crayon masterpieces) you need to check them out.

I first discovered Tree & the Rock via another gallery I love – LA-based pop culture curators, Gallery 1988. I’ve followed G1988 for many years, and was delighted to be able to visit one of the two galleries last year when I visited California for work. I own a few of their pieces (including an amazing – and edible – Willy Wonka piece) and spend far too much time trawling their Instagram feed.

Tree & the Rock was founded by one of the brains behind Gallery 1988, along with her two sisters. The basic mission is to collect (and sell) artwork which appeals to both children and adults. And I bloody love them.

Most of their pieces are available as prints, so cost shouldn’t be an issue – something you can’t often say in the world of independent art.

So, if you like cool art pieces and want something to hang on your nursery or play room wall, go check them out. And don’t make the mistake I did: tell a friend as well! That way they can carry on finding amazing artists and pieces, and we all win.